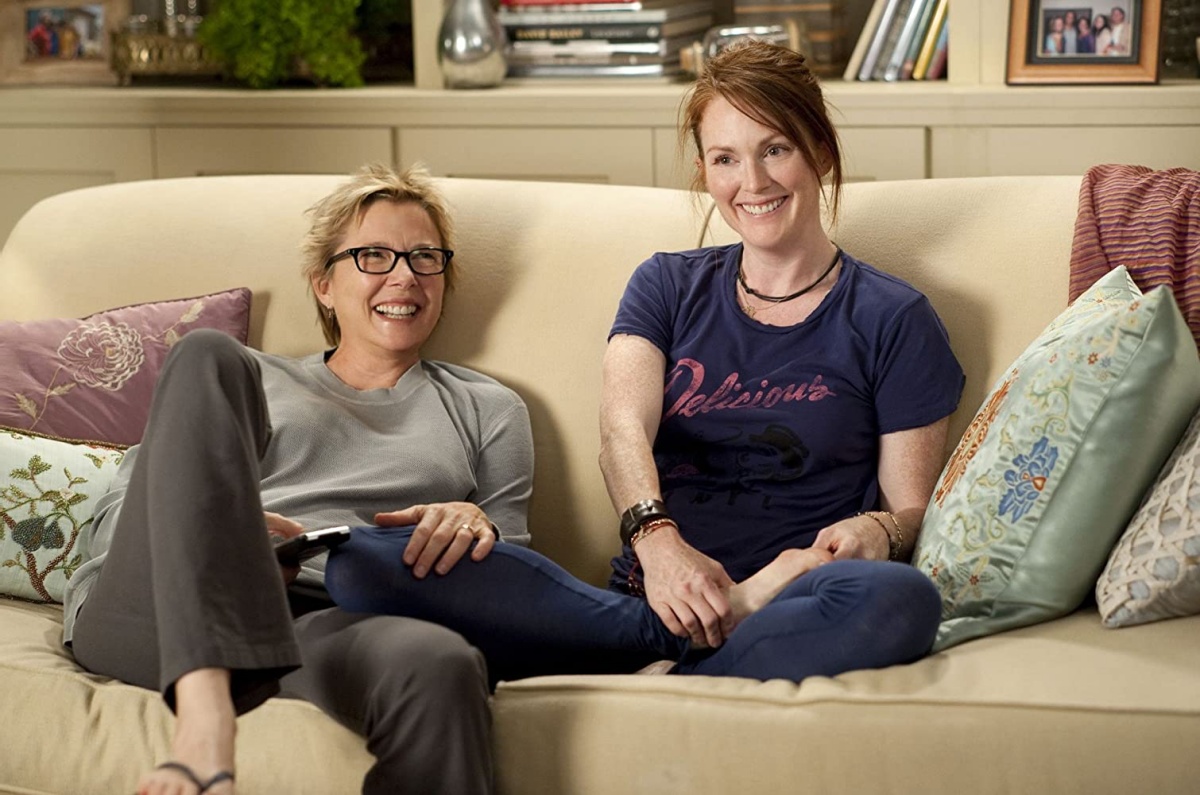 The Kids Are Alright is a very divisive film with a mixed legacy for being one of the few LGBTQ-focused films to receive Oscar attention and being directed by an openly lesbian woman, Lisa Cholodenko. Yet, the storyline of a lesbian having an affair with not just a man, but the sperm donor for her children, is a troubling one.

Back in 2010, The Kids Are Alright had become the breakout hit at Sundance, and despite a small budget of $4 million, it would go on to make just under $35 million at the box office, and to be nominated for Best Picture, Best Actress, Best Supporting Actor, and Best Original Screenplay at the Oscars.

The film told the story of Nic (Annette Bening) and Jules (Julianne Moore), a same-sex couple in L.A. with two children, Laser (Josh Hutcherson) and Joni (Mia Wasikowska). Each of the women had given birth to one of their children using the same sperm donor, Paul (Mark Ruffalo).

As they grow up, Laser wants to know his biological father and asks Joni, who is 18, to find the name. Paul enters their lives, and Nic is intimidated by Paul off the bat. Eventually, Jules kisses Paul one day, and they end up having an affair.

This was a huge deal, as The Kids Are Alright was one of the first mainstream films to depict a same-sex couple raising a family—which is why the affair was such a frustrating thing to watch.

During an interview with the cast of the film for Variety, both Cholodenko and Moore spoke about the issue.

“The only people that really, I think, took umbrage with the film were lesbians,” Cholodenko says, “who were like, ‘Oh, the trope. And she’s with the man.’ And I was like, ‘I’m not having it.’ I’m not saying anything about anything. I’m just saying it’s all on the table and it’s all fine.”

“I can see why people took issue with a lesbian character having an affair with her sperm donor,” Moore added. “On the other hand, I think that Jules’ character was someone described as being very fluid, sexually and personally. She was floating, in the sense of her entire identity — as a woman, as a person, in her career.”

I think that, in the ten years since, our culture has become more understanding that sexuality is a spectrum, that labels are not always clear, and how we can find ourselves drawn to people that we don’t expect. At the same time, the movie makes it clear in the dialogue that the affair between Jules and Paul was about Jules needing to feel appreciated. Yet, Nic asks Jules if she’s “straight now,” and when Paul tries to get Jules to run away with him, she says, “I’m gay,” and is disgusted that Paul would even suggest it.

When I think about the film and how the sex scenes between Jules and Paul were shot (very explicit and raw, but also sort of farcical), and the one time we see Nic and Jules have sex (with male porn), I get why it feels so off. Bisexuality/pansexuality or any actual sexual fluidity is never brought up in the film, just this weird binary of gay and straight. If that is the binary we are being shown, what are we supposed to make of Jules seeing “appreciation” in the arms of not just a man, but the man she technically has a biological child with?

The Kids Are Alright is an interesting film because our language about sexuality has evolved so much that people today are more likely to get Jules’ fluidity and call it that. We are also in a place where we understand that not every LGBTQ film needs to be a perfect piece of representation. But in 2010, the choices in this film sometimes feel like it just included something heteronormative to ground it for a mainstream audience.