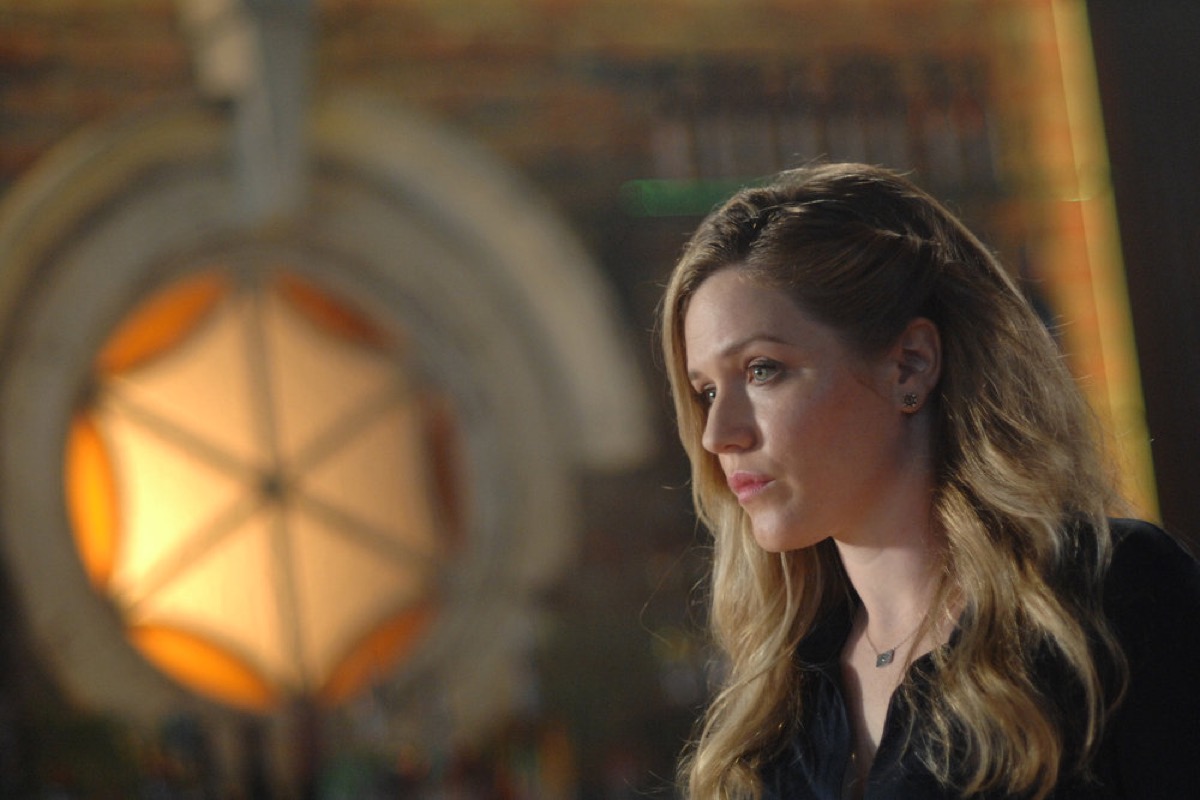 Everything is a procedural on network TV. Or that’s the way it seems, so a new show needs to walk a thin line between being too standard or too gimmicky. I’m happy to report that NBC’s new paranormal series The InBetween manages that feat with aplomb in its debut tonight at 10:00PM. It’s different in just the right ways, without trying too hard, and the result is a show that could very easily become a summer obsession now that the throne games are over.

You know the drill: The officers of some city with a truly troubling murder rate solving their case of the week. Sometimes there are quirky consulting detectives to help, or a writer looking for inspiration. Maybe one partner is a zombie, or the literal, actual devil. There’s comfort in routine and knowing bad guys will be caught by the end of the hour, and many procedurals are great television, including NBC’s new entry.

The InBetween stars Australian newcomer Harriet Dyer as Cassie Bedford. Cassie seems to be the kind of damaged, dark and twisty television heroin we’ve come to expect on our screens. There’s some brilliant portrayal of complex women around right now, from Fleabag to In The Dark, but Cassie is different, in several ways. For one, her drinking and general aversion to people is understandable, given that she’s plagued by visions of murder victims.

That’s not a metaphor. Cassie is a psychic whose powers thrust her directly into the minds or memories of the dead or dying in their darkest moments. It’s the kind of horrible stuff that would make anyone want to drown their sorrows in cheap vodka. Luckily, she’s got a mysterious young girl in her house who’s happy to wake her up after a binge. She doesn’t seem to be Cassie’s kid, and … yeah, she’s another ghost who’s just hanging around.

Here’s the part where you’re expecting me to talk about how Cassie is a “mess”—how she shuts people out and refuses to accept her gifts like these kinds of heroes always do. But the real twist of The InBetween is that Cassie is surprisingly functional and open about her powers. Cassie isn’t hiding in the bottle; she’s coping with being constantly exposed to other people’s trauma. She accepts her gifts and uses them to help the spirits that reach out to her, albeit in a resigned, nonchalant way.

She’s lucky, in a sense, that her adoptive father is Seattle PD detective Tom Hackett (Paul Blackthorn). Cassie passes on tips to her dad and tries to live her life as normally as she can. There’s no secrets from her family, neither her father nor her father’s husband, Brian (Michael B. Silver). The couple care for her in a loving, normal way, even though Brian thinks Tom shouldn’t use her powers to solve cases. 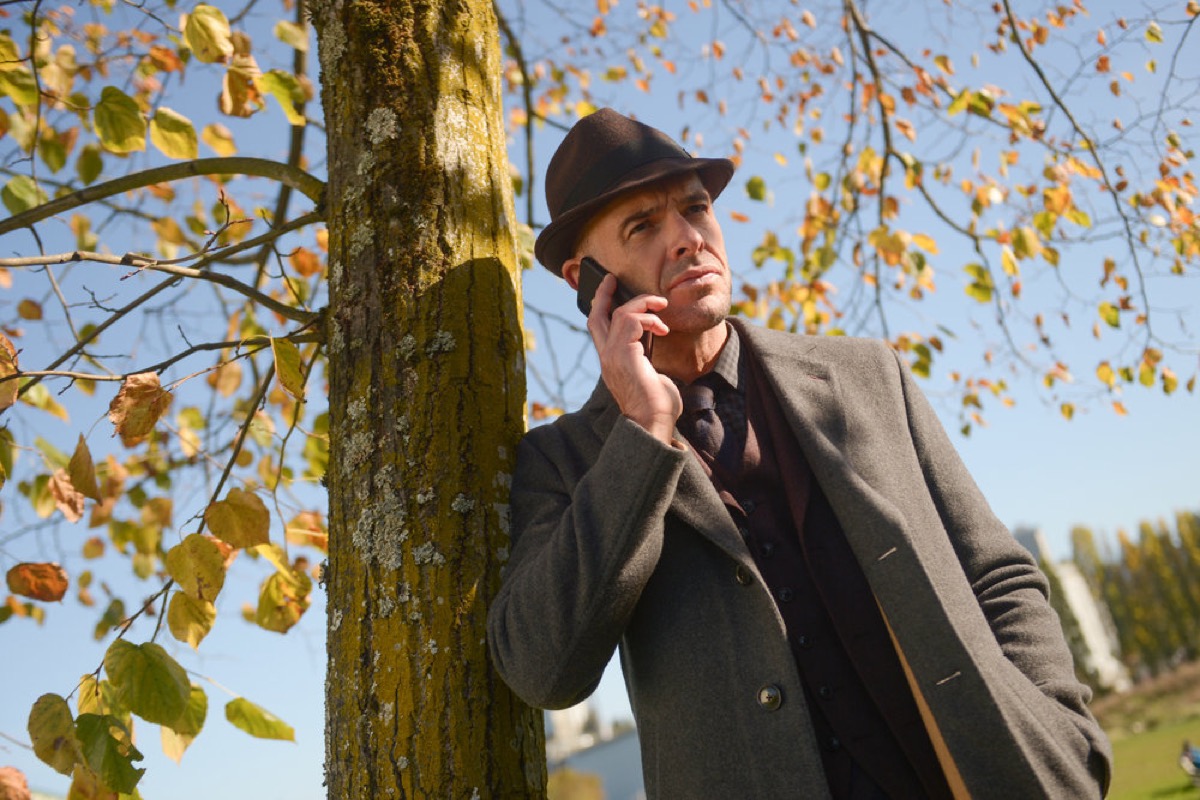 This arrangement is confounding to Hackett’s new partner, Damian Asante (Justin Cornwell), a new transfer from LA and a replacement for Hackett’s much beloved and mysteriously “retired” old partner. Maybe Hackett wants to drive Asante off by bringing Cassie onto their stalled murder case, but the fact that he’s open about using a psychic and believing her is, again, a subtle twist that makes a big difference. The case in the pilot is also about the unexpected, how what we think we know or see isn’t always the truth.

The same theme runs through Cassie’s dealing with her ghostly house guest, Abigail (Sarah Abbott). Their story takes turns into the dark and dangerous, but in a very unexpected way that directly plays with our assumptions about this sort of story and even the morality of the characters onscreen. Cassie isn’t the kind of woman who wallows in her suffering; she gets to work and handles things, but she’s not soft and cuddly, either. Her hardness, built on the many horrible things she’s seen because of her gift, is fascinating and belies a quiet strength that’s very interesting to watch, and will hopefully be engaging to unpack as the series goes on.

The filmmaking on The InBetween is just as subtly interesting as the story. It’s quirky and creepy without being too in-your-face about it. Images are grounded in a recognizable reality so that when we’re presented with one of Cassie’s visions or some other paranormal phenomena, it’s both surprising and fits well into the tone of the show. Without being gory or overly dark, The InBetween is genuinely creepy, with just the right level of mystery and tension to draw you in.

The performances are also well-calibrated and nuanced. I enjoyed Cornwell as Damien, who communicates a good balance of skepticism and eagerness as a young detective trying to prove himself, with secrets of his own to hide.

Paul Blackthorn is great as Hackett. After playing a detective on Arrow for so long, I’m sure it was hard to shed the skin of Quentin Lance, but the performance here is far less hard-edged and cynical than Quentin. It helps that Blackthorn, after years of playing American, is allowed to use his actual British accent in the role, to charming effect.

The standout, however, is Dyer, who brings both strength, vulnerability and a sense of having seen the worst of the world to Cassie, while still winning the audience’s attention and sympathy. 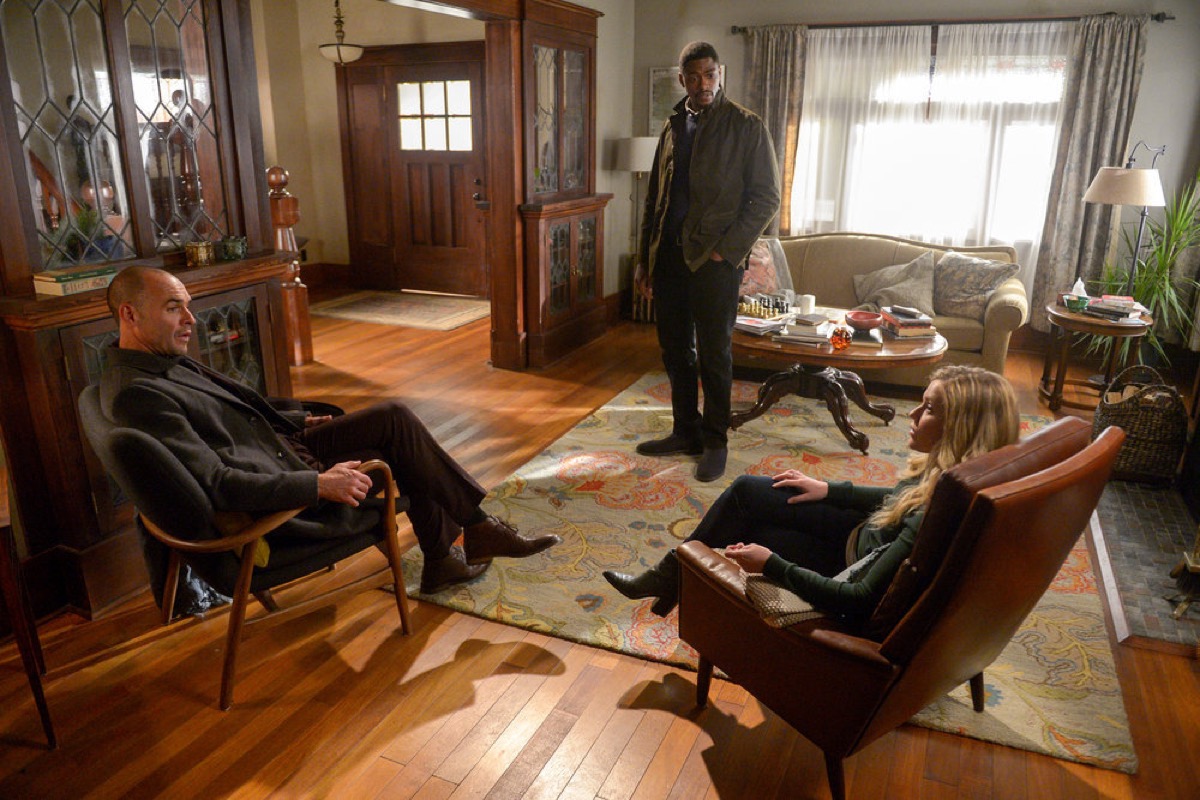 One final thing worth noting about The InBetween, and another subtle twist to the procedural formula, is that none of the three main characters are straight white guys. To have the leads of a major network show be a woman, a black man, and a gay man is really great. It’s not emphasized in the pilot, but it’s there. There’s diversity among Hackett and Asante’s coworkers in law enforcement, as well, and even more behind the scenes.

The pilot was directed by a woman, which I think you can see in the way Cassie is portrayed. The pilot was written by a woman, as well: Moira Kirland, who created the series and co-runs the show. Diversity in the story and on the creative side is important, but it also really works here, because The InBetween is all about telling a well-known type of story—the paranormal procedural—in a different way. It’s something worth supporting, and the result is a show that’s worth tuning in to.

The InBetween airs Wednesday at 10:00 on NBC.