The Importance of Scary Movies for Children 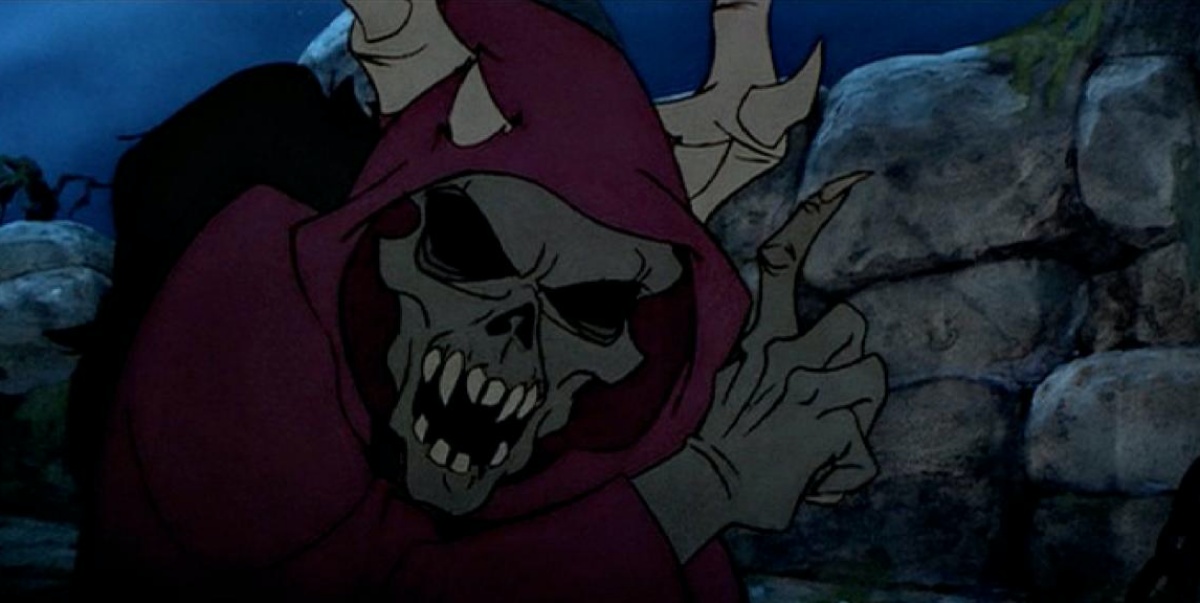 Growing up, Disney’s 1985 film The Black Cauldron was a staple in my household. Truly, just the other day, my brother was mimicking the weird wild furry creature named Gurgi. My mom loved it, and we would watch it all the time on VHS, but there were moments where it was legitimately terrifying. The villain of the movie, The Horned King, was a chilling figure, and his desire to create an army of the dead made him much darker than some of the other villains we’ve seen mostly motivated by greed. Horror movies for children have a tough job because while many children do enjoy to be scared, there is a balance that has to be maintained. Still, I think there is something important about making horror movies for children.

Horror—like any genre done well, really—is one that usually teaches something about the world, and in stories made for children, those tales are meant to teach moral lessons and build resilience in young people. Knowing how to meet kids at the level they are at is probably the most important thing when picking out a horror movie. Besides The Black Cauldron, the two big kiddie horror movies in my household were The Witches and The Nightmare Before Christmas.

The former is still, to this day, legitimately one of the scariest movies I have ever seen. Based on the novel of the same name by Roald Dahl, the movie is about a young boy named Luke, who lives with his grandmother after the death of his parents. She teaches him about witches and how to spot them. One day, when they are staying at a hotel, Luke and his grandmother find themselves in the middle of a witch conference with the Grand High Witch (Anjelica Huston) unveiling her plan to kill all the children of England: to give them cursed chocolate and turn them into mice who will then be killed by their unsuspecting parents or literally anything else. Luke, who is found out by the witches and turned into a mouse, and his grandmother have to stop the witches and save all the children of England from being turned into mice.

The Witches is scary, but it also features a well-adjusted child who doesn’t live with his parents. His parents are dead, but he isn’t some Harry Potter orphan in a cupboard; he’s a normal kid, who lives with his grandma. Despite being turned into a mouse, Luke is heroic, brave, and smart. Even though it could put him into even more danger, he still does his best to help save other children. The movie changes the ending so that he isn’t a mouse forever, but even that he takes in stride.

The Nightmare Before Christmas was one of the first movies I ever saw with a protagonist that had depression—or, at least, really bad angst. As a sad kid, I could relate to Sally’s rebellion and Jack’s discontent with something he couldn’t exactly name. Add to that some really catchy music, and you have a movie that has created an entire generation of goths. Because children don’t always have the words to express how they feel, movies, even scary ones, can put images to something they are dealing with instead. Children can be sad and not know why, so seeing a character like Jack have to go through this entire emotional journey to be happy again is portrayed in a very accessible way.

But other movies create harder conversations, like the film ParaNorman. ParaNorman was made by Laika Animation Studios and tells the story about a young boy named Norman who can talk to the dead. He is treated like an outcast by the people around him and bullied because no one else can see the ghosts, so people just label him as “crazy.” His recently deceased uncle tells Norman that he has to complete a ritual to protect the town, otherwise the dead will rise, along with a witch.

However, we find out towards the end of the movie that the “witch” was an eleven-year-old girl named Agatha “Aggie” Prenderghast, who could also see the dead. The town council convicted her of witchcraft because they were afraid and didn’t understand her. Norman realizes the zombies are the town council who convicted Aggie. The zombies wanted to speak with Norman to make sure that he would take up the ritual, and try to make sure that Aggie’s vengeful spirit didn’t destroy the town. The entire ending of the movie is two really traumatized kids talking and trying to help each other heal.

I watched ParaNorman as an adult, but I remember it leaving me in tears, because the film really almost too perfectly touched on bullying, being ostracized, and allowing fear to guide your judgment. It was a heavy movie, but it did so in a way that I felt would have made it a good movie for me to have watched when I was 8 or 10. It’s a movie that creates a conversation, and yes, it is scary, but these are also things that young kids are going to deal with.

Goosebumps, Are You Afraid of the Dark … all those things allow us to deal with dark realities, but come out, in the end, knowing we will be safe. No matter whether you are someone with an idyllic upbringing or who didn’t have those things, horror, if it’s given at the right time and with the right film, can be a way of telling kids that they can be heroes even in the darkest situations.

Vet the movie first, know your kid well enough to judge if they are too scared, and just listen. A lot of children live with trauma, and I understand the fear that many have of accidentally scaring their child too much, but the key is to talk and communicate with your kid—to make sure they know it isn’t real and that they can come to you if they’re scared.

The world is a scary place, but at least children’s movies about horror give us heroes.

What are some of your favorite horror movies for kids?