The Hunger Games Prequel Cover & Title Has Been Revealed! 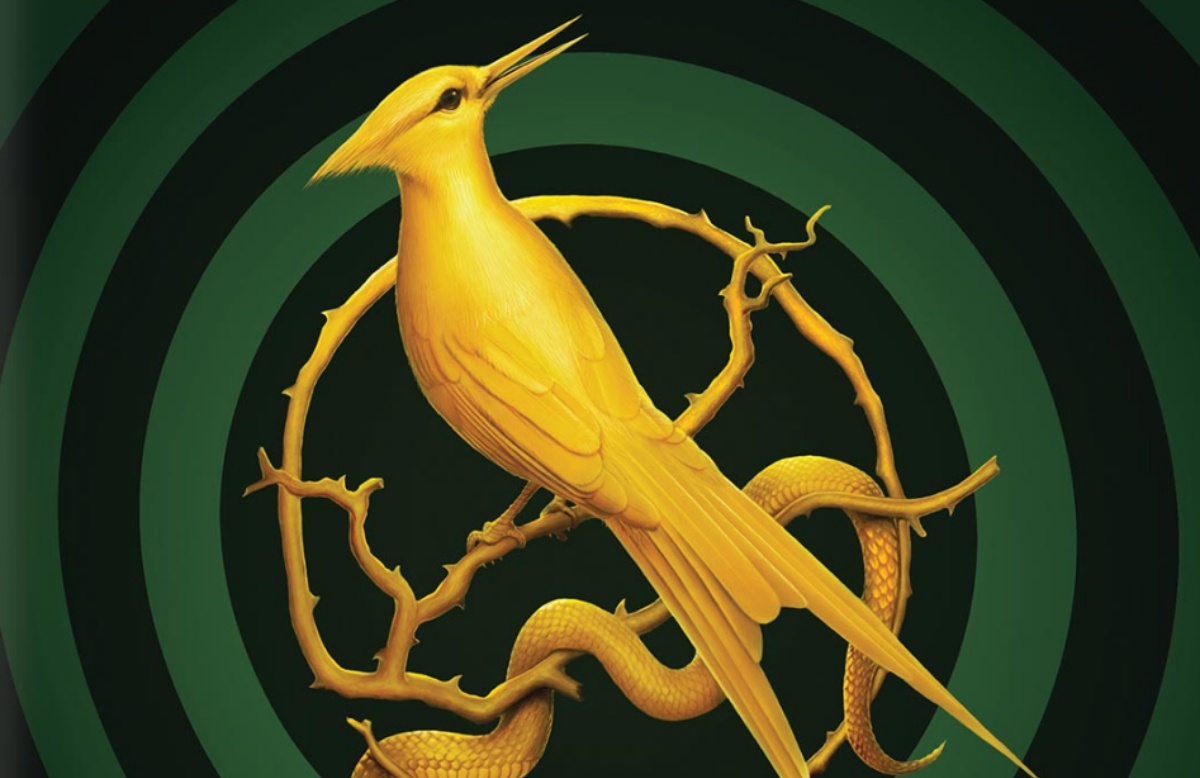 It has been nine years since Mockingjay came out, ending the Hunger Games trilogy by Suzanne Collins, but we are getting another Hunger Games novel, which sadly makes us realize that the series might be even more relevant than initially thought.

The new book’s cover was just released, and those at New York Comic Con will be seeing the huge banner. 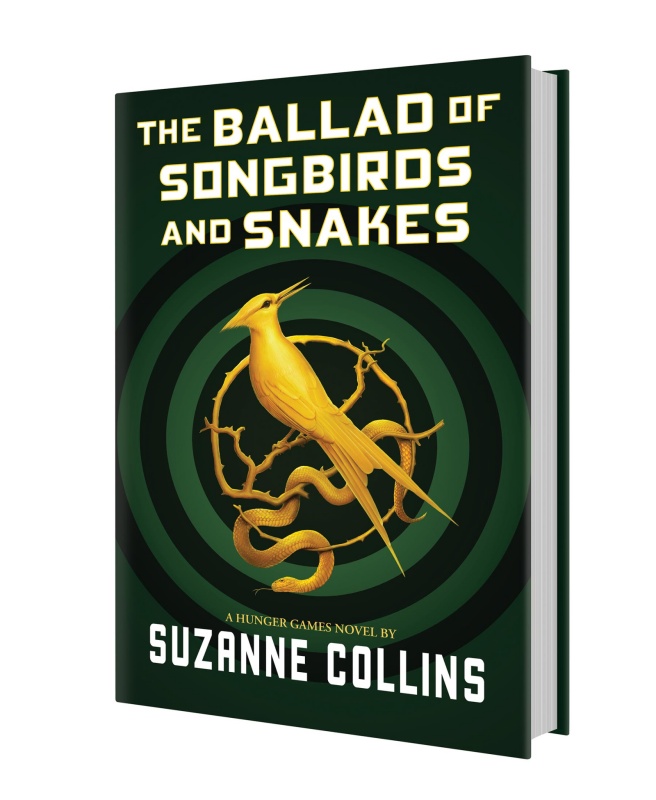 The cover was revealed on Good Morning America today, as well as the title. What was once known as “Untitled Panem Novel” is now The Ballad of Songbirds and Snakes. According to io9 the series will be set 64 years before the events of Katinss’ revolution in the original series.

“Ballad will revolve specifically around the events of the 10th Hunger Games—Panem’s battle royale event where kids of its myriad districts are randomly selected to take part in a murderous fight for survival—and the slow recovery the dystopian nation state took after a deadly war nearly destroyed it.”

As usual, the series does feature the traditional Mockingjay symbol, looking upwards to the sky, and this new design is meant to be representative of Collins’ approach to Ballad’s message, which, according to statements in a provided press release by Scholastic President Ellie Berger, “raises important questions about authority, the use of violence, and the truth of human nature.” Lionsgate, who developed the Jennifer Lawrence trilogy of Hunger Games films, has already hinted the franchise could return with spinoffs inspired by this new prequel.

I remember, once upon a time, a young Princess Weekes just thought the idea that people would be so unfazed by the slaughter of their children was just so silly. How could any society just be okay with child death and not do anything about it? Then the Sandy Hook Elementary School shooting happened, and our gun laws remained unchanged, and suddenly I realized that the dystopia was always just the reality.

It has been a long time since I’ve revisited the series, but as I look at my paperback copies, I can’t help but feel them calling out to me more than ever. I can’t believe that I ever thought America was just too progressive for Hunger Games.

While I am usually not a fan of prequels, and I genuinely think that J.K. Rowling has really made me even more nervous about them, Hunger Games has a lot of untouched history that can be expanded upon that might be really important for our modern day. There are too many prequels/sequels, but this one, I can honestly say that I’m really interested in seeing where it goes and revisiting the original trilogy. Maybe the ending of Mockingjay won’t make me scream rage the way it did when I first read it. Because how dare she?

Favorite Hunger Game character? Mine is Foxface. Justice for her.