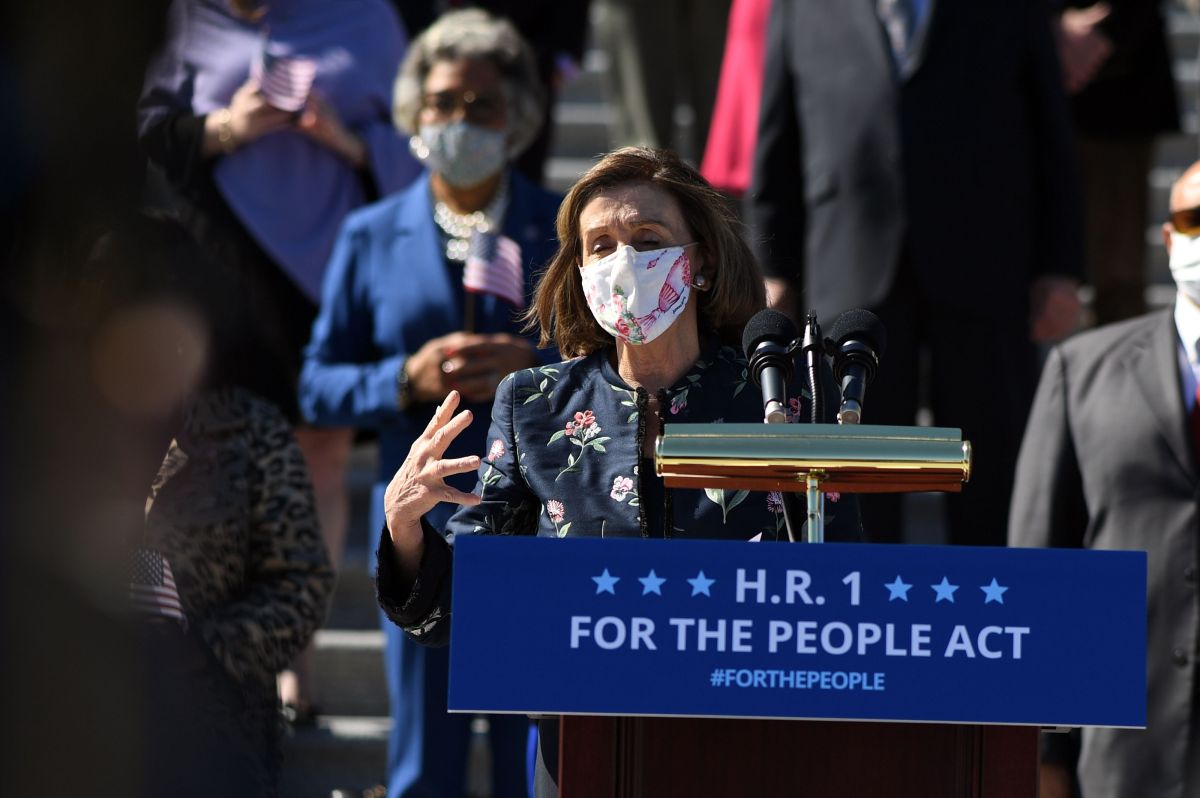 In a vote of 220 to 210 last night, the U.S. House of Representatives passed the “For The People” Act aimed at protecting voters, including at the state-level, from voter suppression tactics, including recent pushes by Republicans to restrict voter access. According to NPR, The bill is intended “to expand Americans’ access to the ballot box, reduce the influence of big money in politics, strengthen ethics rules for public servants, and implement other anti-corruption measures for the purpose of fortifying our democracy, and for other purposes.”

The bill is sweeping and would restore protections for many voters that have been whittled away by Republicans and the Supreme Court’s gutting of the voting rights act. These attacks on the right to vote have especially hurt communities of color who are disproportionately affected and targeted by restricted access to voting. The assault on voting rights has only increased since Republicans lost the House, Senate, and presidency in 2020, with legislation introduced in 43 states that would limit access to the polls. The legislation also targets partisan gerrymandering.

Voting rights and systems vary widely from state to state and the “For The People Act” would create national standards to combat that. The act would institute mandatory automatic voter registration, mandate at least 15 days of early voting, restore the right to vote for people who have completed felony sentences, and reverse state voter ID laws by allowing citizens to make a “sworn statement affirming their identity if they are unable to produce an ID.” The act also takes aim at dark money in politics, requiring more disclosures, something Republicans say violates their free speech. Because Republican speech equals shady secret money.

This bill was initially passed by the House in 2019, with many provisions drafted by the late Representative John Lewis. Separate legislation is before Congress, known as the John Lewis Voting Rights Act, intended to restore protections for voters weakened by the Supreme Court. Any and all legislation aimed at protecting and promoting the right to vote should be passed

In a statement on the act earlier this year, Speaker Pelosi said, “Our democracy is in a state of deep disrepair. During the 2020 election, Americans had to overcome rampant voter suppression, gerrymandering and a torrent of special interest dark money just to exercise their right to vote. Across the country, people of all political persuasions – including Democrats, Independents and Republicans – are profoundly frustrated with the chaos, corruption and inaction that plague much of our politics.”

Ahead of the vote yesterday, Stacy Abrams, who gained national attention with her tireless work for voting rights in the state of Georgia, tweeted in support of the act:

Americans of all political stripes should be proud of our Democratic delegation for ensuring that from Savannah, GA to Maricopa County, AZ to Milwaukee, WI—we have the same opportunities to make our voices heard. Let’s get it done.

Next, this legislation goes to the Senate, where Democrats hold the slimmest of majorities, but this will hopefully pass. There will likely be Republican opposition and shenanigans to prevent a vote, which would be the height of evil and irony, but we hope that this bill becomes law very soon.