Sir, this is a movie for children. 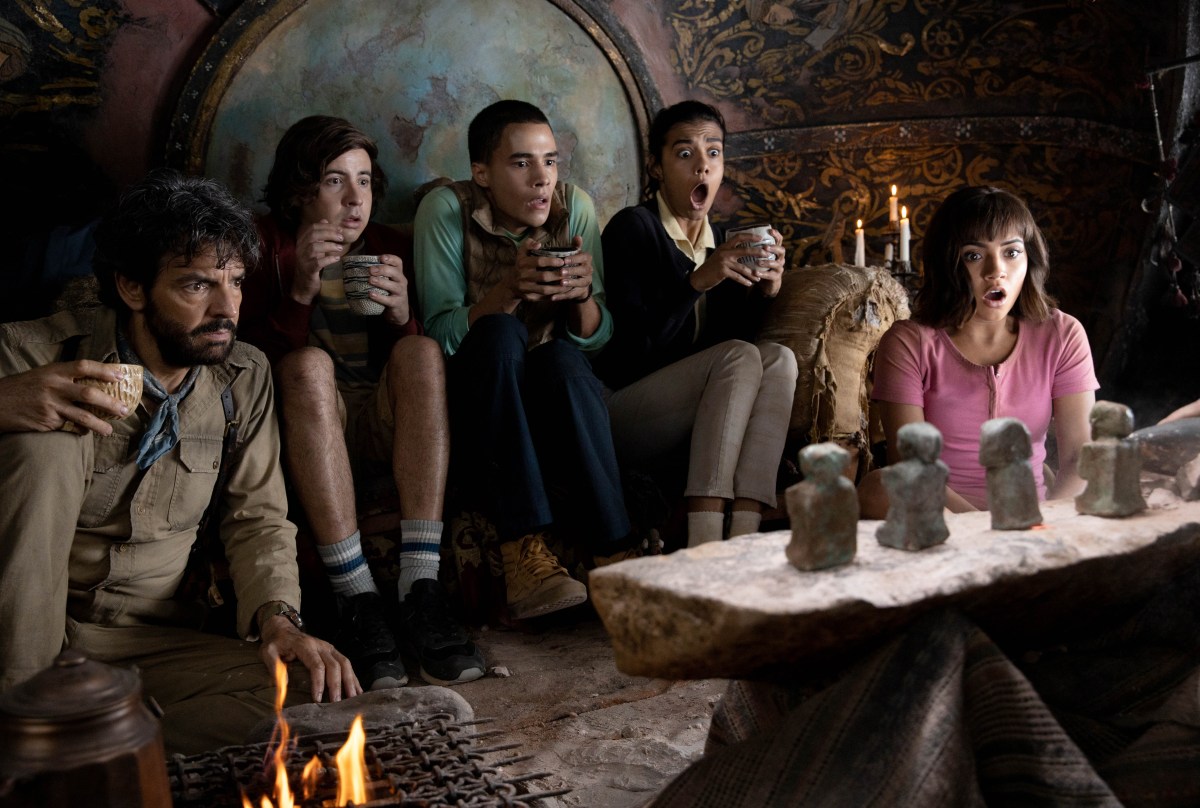 There are certain things we expect from a film review about a kids’ movie like Paramount’s upcoming Dora and the Lost City of Gold. We expect to learn about the quality of the acting, or the special effects, or how the film compares to other movies of its ilk. What we don’t need is a lament over the lack of sexualization of the film’s protagonists because, you know, it’s a film for children.

But that’s exactly what readers got with The Hollywood Reporter’s new tone deaf and frankly pervy review of the film. Reviewer Todd McCarthy (who is nearly 70 years old and perhaps not the target audience for this movie) took the big screen adaptation of Nickelodeon’s Dora the Explorer to task for ignoring the sexuality of its teen stars:

McCarthy, who summed up the film as “a story about hormonal teens aimed at little kids”, wrote the following:

“What keeps things alive, up to a point, is the imperturbable attitude of the titular heroine, who is invested with try-and-stop-me spirit by Moner, who’s actually 18 and looks it despite preventive measures. The same goes for Wahlberg, who’s 19. There’s a palpable gap you can’t help but notice between the essentially innocent, borderline-pubescent nature of the leading characters and the film itself, and the more confident and mature vibes emanating from the leading actors. The director seems to be trying to keep the hormones at bay, but there are some things you just can’t disguise, perhaps human nature first and foremost. Dora seems committed to projecting a pre-sexualized version of youth, while throbbing unacknowledged beneath the surface is something a bit more real, its presence rigorously ignored. To be believed, this story should have been set in 1955.”

Dude, this isn’t an episode of Euphoria. It’s a PG rated film for children. But that hasn’t stopped male critics and whiny men online from bellowing “but what about MY boner?!” to anyone who will listen. It seems that white men, to whom 99 percent of entertainment is catered to, cannot handle it when something isn’t made expressly for them.

It’s the same misplaced sense of outrage men felt when they no longer wanted to bone She-Ra in Netflix’s redesign of the character. How dare content made for children not titillate or cater to their pervy fantasies?

Folks on Twitter were quick to question the motives behind the review:

As a general rule, you should not write this way about a kids movie. https://t.co/cTuguLtU1E pic.twitter.com/DmN0J0nlIU

“Throbbing” is a word that should be used sparingly in romance novels at most and definitely not in a film review for DORA THE EXPLORER pic.twitter.com/eQE57RdRRw

“WHY AREN’T THE CHARACTERS IN DORA THE EXPLORER FUCKING” – this review, essentially

listen you know I love thirst but please oh god no https://t.co/U3czjdLojb

I know we joke like “haha all guys do is think about their dicks” but then THE HOLLYWOOD REPORTER publishes a review of the Dora the Explorer movie that laments its “pre-sexualized version of youth” and you realize that yup….that dude assumed Dora was about his dick.

this review for the dora the explorer movie… pic.twitter.com/47cJOjv0EI

McCarthy’s criticism and word choice is especially troubling, since the phrase “throbbing unacknowledged beneath the surface” has no business being in a review about a live-action Dora the Explorer movie. Would he prefer a younger pre-adolescent cast or a hornier version of this movie? Also, Dora is hardly the first kids film to feature older actors playing teens. It’s practically a Hollywood staple at this point.

McCarthy repeatedly misses the point of the film, calling it “sanitized and thoroughly rinsed” as well as “squeaky clean and unhip to an unusual degree” which again, what was he expecting from a PG film? A dark and gritty reboot of Dora the Explorer? Release the Snyder cut where Dora punches Swiper into a Manhattan skyscraper and starts a violent prison riot, you cowards!

Did he think Boots the monkey would get involved in a sexting scandal? Or that Dora’s talking backpack would be turning tricks on the street to fund their crippling heroin addiction? I’m sorry, but these are ridiculous criticisms to level at a movie for CHILDREN.

When we talk about diversity amongst film critics, this is precisely what we mean. No more of this yikes-worthy commentary from crusty old white dudes upset that Dora the Explorer isn’t fuckable. Do better, Hollywood Reporter.

Dora and the Lost City of GoldDora the ExplorerThe Hollywood Reporter