How Much Did the History of Beer Have to Do With … Witches? 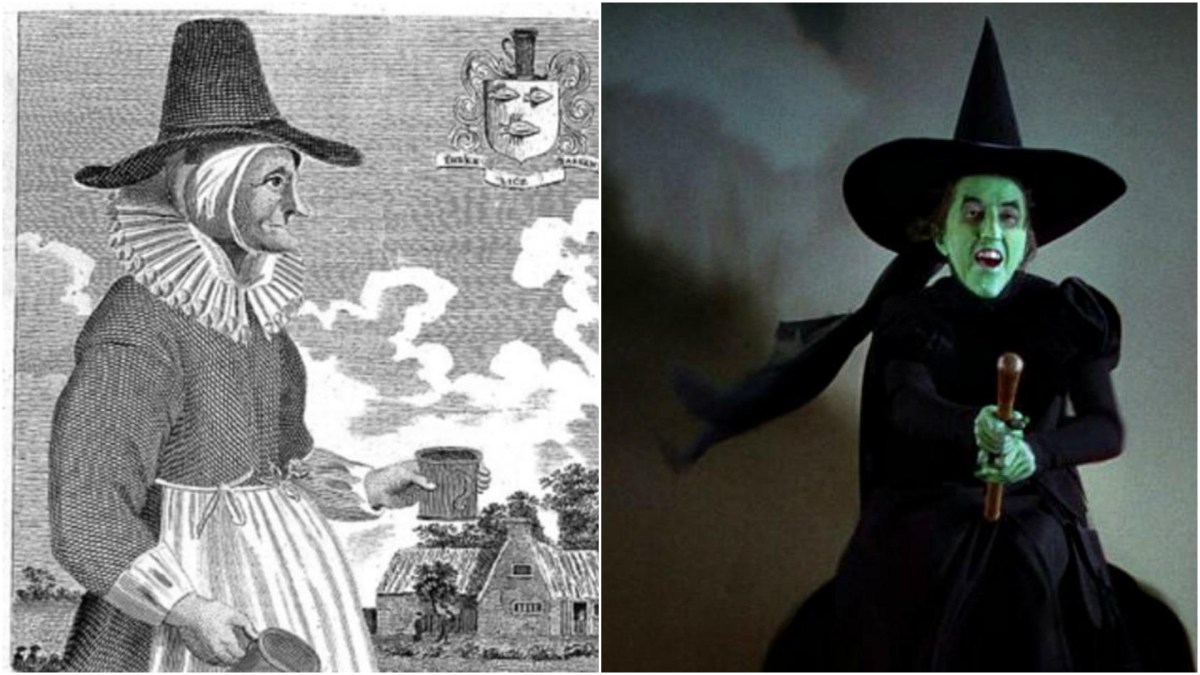 Beer is a magical potion when you think about it. For millennia, beer provided people with a beverage that was calorie-rich, tasty, and maybe most importantly, free of the sort of microbes and bacteria present in plain water that could kill you. Beer has been brewed by humans for over 7,000 years and some tie the invention of beer and brewing to the very foundations of civilization. And who makes magic potions? Witches, of course.

Well, that was the claim of men in the 16th century who wanted to take over the beer industry from women, according to Smithsonian Magazine. You see, contrary to the way beer is viewed in the modern world as the liquid embodiment of masculinity, for most of human history brewing ale and beer was women’s work. It was part of taking care of a household: you’d cook food, tend the hearth, and make beer for your family. For many women is was a lucrative career, and as the industry began to grow, those pesky women, known as Alewives, started making money,

Like many industries where women dominated until men saw they could make money and get the glory (hello, computer engineering) men forced women out of the brewing industry in the 16th and 17th century, which also happened to be the height of the witch trial craze in Europe. The theory goes that men accused alewives of being witches in order to drive them out of the market, because women were then shut out of the industry altogether, and there is certainly a possibility that this was a factor in the widespread witch hunts of that era.

That’s an interesting theory with some merit, but it doesn’t completely mesh with history. Though the majority of people killed in the witch trials were female, men were accused too, and these people came from all walks of life. Witch hunts happened for a myriad of reasons and factors, from the Reformation to the church needing money or power to communities being gripped by suspicion and fear.

Still, the association of witches with alewives is a compelling one. Indeed much of the paraphernalia of witches like brooms, cauldrons, pointy hats, and cats were also the accouterments of beer making. But, as I’ve written, those same objects and their associations with witchcraft have very complicated origins, and the connection between beer making and magic isn’t the only, or even the primary explanation for witch hats and brooms, for instance.

But what we do know for sure is that there is an even deeper connection between magic, witches, and beer Smithsonian magazine didn’t get into, and that’s the connection between the magic of ale-making and ancient goddesses. Now, when you think of gods of fermentation and drinking, you may think first of Diyonisus in Greece, but he’s a god of wine and winemaking. There are an incredible number of goddesses associated with beer!

Ninkasi was the Goddess of beer and beer-making all the way back in ancient Sumeria. She now lends her name to Oregon’s Ninkasi brewing (I highly recommend their “total domination” IPA). In southern Africa, Mbaba Mwana Waresa is a goddess of fertility, argiculture, rainbows, and beer. For the Egyptians, beer was foundational to their lives, and so they had a goddess for it too, who was also assciated with magic, darkness, health, and protection—Isis’s sister, Nephthys. Sounds pretty witchy to me. Tjenenyet was another Egyptian Goddess of beer.

In Europe, the association of powerful goddesses with ale-making abounds. One is Brigid, the Irish goddess of fire, smithing, poets, healing, and more, who was also associated with beer-making, and her Christian form, St. Brigid, is a patron of brewing. There are so many more: Gabjauja in Lithuanian, Minne in Germany, Albina in Wales, and on and on.

The gods and goddesses associated with beer are often those associated with grains, harvest, and life itself, and that makes sense. When you ferment the grains, you get alcohol and beer. As we noted earlier, beer didn’t just make life worth living back in the day, it made life possible. So while the connection between witches and beer is mainly just a theory, the connection between beer and outright divinity and magic is a fact. And we’ll raise a glass to that.