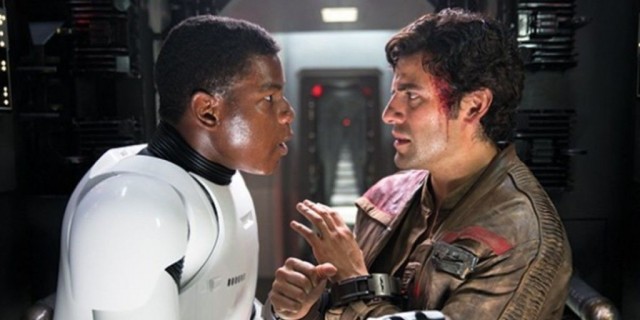 In an interview with Hero Complex, Oscar Isaac said those magical words that sent my heart a-flutter and made me (somehow) incredibly much more excited for Episode VIII. No, he didn’t say anything about Stormpilot or what Luke’s first words might be (I’ve got ten bucks on “I’d give you a hand, but…”). Instead, he talked about how Episode VIII director Rian Johnson has started creating something that feels like an “independent film.” He goes on to explain to Hero Complex that there’s “certain things we get to play with — this kind of intimacy that we get to find — it’s special. It’s been really fun.”

Johnson, the mind behind some of the most creative films of the past few years (Looper, Brick), was once famously hailed by Empire Strikes Back writer Lawrence Kasdan as someone who was going to make Episode VII “not… like anything that’s ever been in Star Wars.” If Isaac, a proclaimed Star Wars megafan, is excited about this seemingly new angle, then yes, this is absolutely something to write home about. As I continued reading the interview, I found myself reminded of that Wes Anderson Star Wars: The Force Awakens commercial from a while back. Then I realized that I’d still watch the hell out of a Wes Anderson Star Wars movie. Maybe we can get him to direct the inevitable “Tales From the Mos Eisley Cantina” Star Wars Story. Think Grand Budapest Hotel but in space. Wow, I would watch the ever-loving sithspawn out of that movie.

Someone get Anderson on the line.