No one tell my baby he's not a Dread Pirate Roberts! 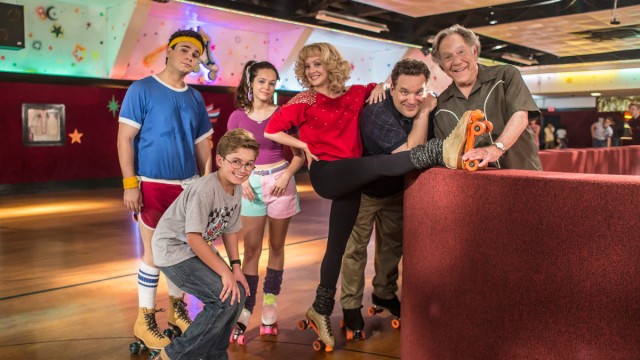 I’m way behind on Season 2 of The Goldbergs, but I definitely had a Selfie-like relationship with the show’s first season, which surprised me with its sincerity, awesome cast and frequent homage episodes to ’80s classics like The Goonies. And now, according to showrunner Adam F. Goldberg, the series has gotten permission from Castle Rock to film a tribute to one of his favorite movies:

It wasn’t supposed to be [a bigger storyline] but Castle Rock was very kind to give us all the footage for the show because they knew it and liked it. What began as a little thing about Princess Bride — now that I had the footage — I had to do a whole thing.

[…] It’s so hard to get footage from these movies; you have to get cast approval and the studio has to sign off. Because it’s a smaller studio, they were willing to let me have a montage in the beginning of the episode with all Princess Bride stuff and also have the film playing on the TV in the background, which will really help the episode.

[…] I was so obsessed with The Princess Bride; I loved it so much that I even have a re-enactment I did of a radio play of the iocane powder scene [watch the original scene, above]. That’s what I did whenever I loved a movie: I’d get together with my friends and play it out and re-enact it.

I’m excited for sword-fighting galore. Any other Goldbergs fans out there? What do you think of the news?