The True Winner of the VP Debate: The Fly on Mike Pence’s Head 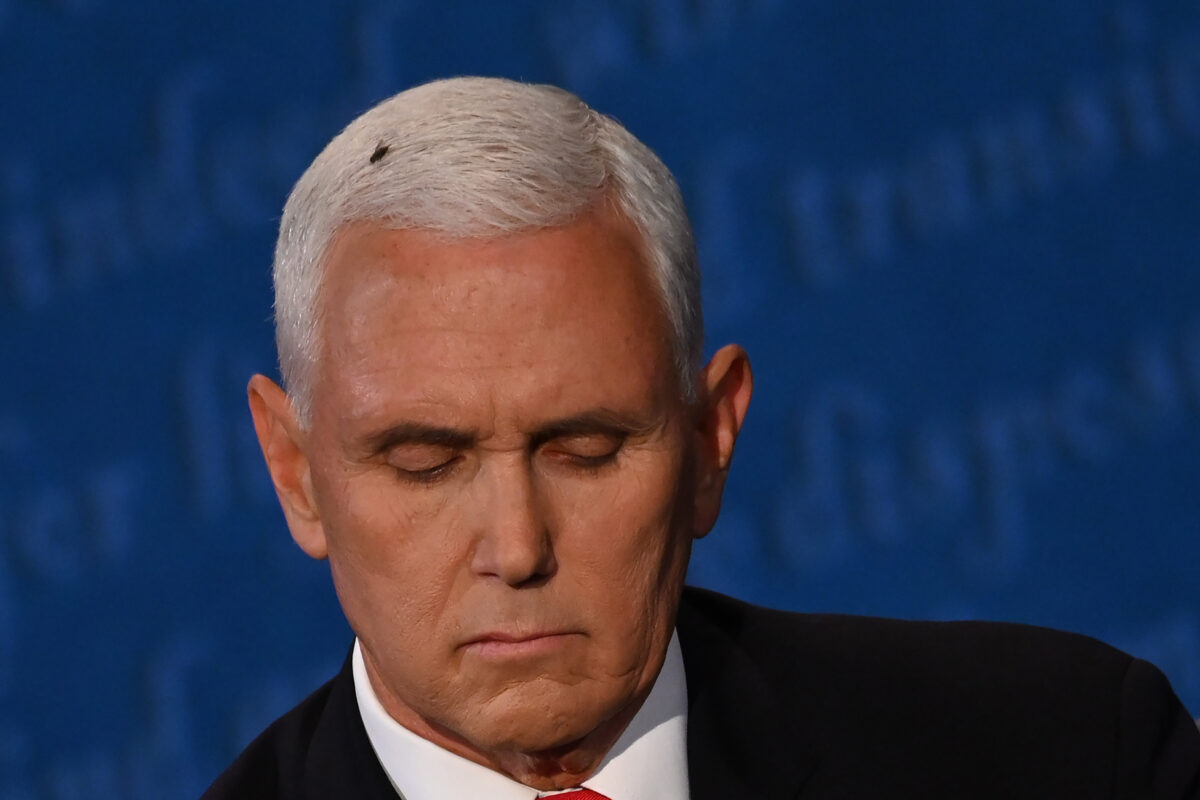 There was a debate last night, possibly the last one for a while, and the confrontation was between Senator Kamala Harris and the homophobic, talking version of that box of baking soda you keep at the back of the fridge. We’ve recapped big moments from the debate, though Mike Pence didn’t say much and Kamala was amazing, but the real star of the night was, of course … the fly that landed on Mike Pence’s head.

To say that Twitter exploded when that fly touched down on that improbable helmet of white lint would be an understatement. But for the rest of the night, it almost made the internet fun again. It was like a trip back to 2016 before we were all just screaming into the cyber void in terror all the time. Or, you know, last Friday when the president got COVID. That kind of fun.

The Daily Show made the obvious but great Psycho connection.

But there were so many other great jokes thrown out, just on the fly!

I sent the fly.

I want him to know it was me. pic.twitter.com/J8qlzr8b8j

Update: The fly has just checked into Walter Reed.

I don’t want to be a conspiracy theorist, but I think @VP Pence may be bugged. #VPDebates pic.twitter.com/2YzsOW7V50

That fly knew bullshit when it smelled it.

This “Pence is literal shit or maybe dead” was a popular theme.

You know where flies land?

2020 Writers: Okay, a fly, clever. Great lying hellspawn symbolism. But TBH you missed a great opportunity to use the murder hornet you already introduced in Episode 2.

I’m not saying he’s an alien but I never seen a bug sit so comfortably on anyone since Men In Black.

Why is there a fly on Pence’s head? It means he’s either a piece of shit or a servant of Satan.

A fly hovering over a church official or nobleman indicates disfavor with the king or corruption and dereliction of duty. pic.twitter.com/aLuiKFwWNI

Memes on top of memes.

That fly was just vibin up there pic.twitter.com/XfvexBZEbL

And, Joe Biden (or at least his brilliant social folks) were ON IT.

But don’t forget that safety matters, even for flies:

Thank you for the concern! I will begin quarantine now and get a COVID-19 test promptly!

And lastly, I think we know who has to play the fly on SNL this weekend.

I couldn’t help myself. I had to. #JeffGoldblum I love you and it had to be done… pic.twitter.com/UtChuIdXFN

Watched the VP debate and I thought that @SenKamalaHarris did well. Good balance of warmth, knowledge & gravitas. I doodled on my ipad while I watched. I tried to get the likenesses right; think they turned out pretty well. pic.twitter.com/J5cCk7YGP6