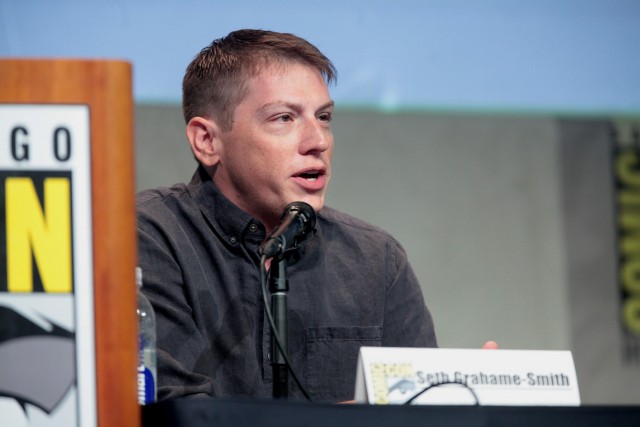 The Flash now has a director, and his name is Seth Grahame-Smith. The DC franchise had been looking for a director for its movie adaptation of The Flash, and they’ve found it in Grahame-Smith, whose other work involves writing Abraham Lincoln: Vampire Hunter, and Pride and Prejudice and Zombies. It’s worth noting that this would be his directorial debut, as he’s written the books for both of those titles, but not directed.

Ezra Miller is also attached to the project, slated to bring Barry Allen to life. Heck, DC’s even got a release date lined up: March 3rd,  2018. Everything seems to be falling into place for them, and frankly, I’m kind of excited to see how this one turns out.

Given the spoofy, tongue-in-cheek, almost irreverent tone of his two books, it’ll be interesting to see what direction Grahame-Smith takes this project. He’s also writing LEGO Batman for WB, so, it’s clear that he’s been playing in this world for a while. Here’s hoping it works out well.

(via The Hollywood Reporter, image via Gage Skidmore)