The Equal Rights Amendment Is Closer to Becoming Reality

Virginia is for lovers ... of equality! 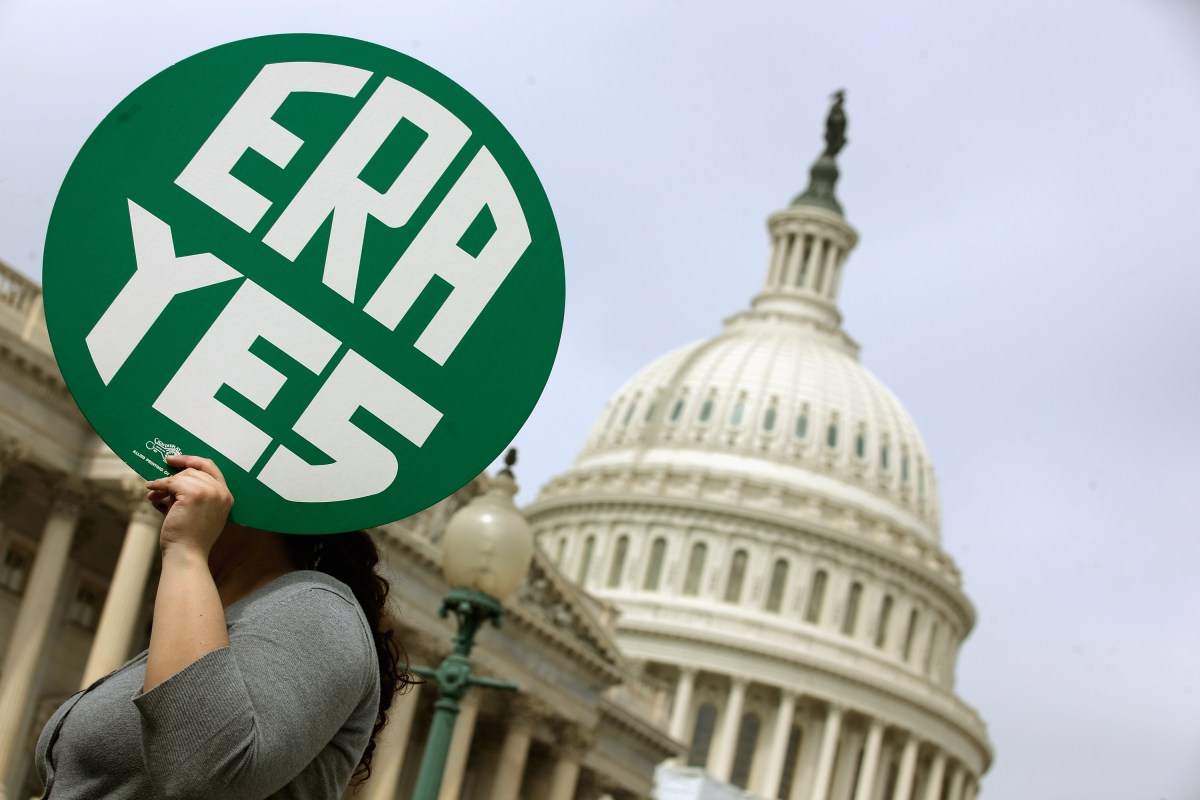 After literal decades of lobbying, fighting and organizing, the Equal Rights Amendment is getting closer to reality than ever before thanks to a vote today in the Virginia State Assembly.

Today, Virginia became the 38th state to ratify the constitutional amendment, which would state: “Equality of rights under the law shall not be denied or abridged by the United States or by any State on account of sex.” These 23 words would mean a huge difference for women in America, solidifying equality and equity in our constitution. As it currently stands, denial of rights on the basis os sex re only given “intermediate” scrutiny by the courts and this could change that and much more.

That is, if this counts or goes forward.

It takes a lot to amend the constitution, not just two-thirds of states ratifying an amendment. Congress has to agree on it, then send it to the states for ratification. Congress sent the amendment to the states in 1972 with a deadline of 1979 for ratification, which was then extended three years. So the deadline for states to ratify the ERA actually passed in 1982. At that point, only 35 states had ratified the ERA and it was seen as dead.

Even so, since the election of Trump in 2016, there has been a new push to bring the Amendment back into play, especially in the era of #MeToo, threats to abortion rights and trans rights. This is a fraught, scary time to be a woman or non-male. Nevada became the 36th State to ratify the amendment in 2017, with Illinois following the next year.

The move by Virginia today is important but leaves advocates and the measure on uncertain legal grounds and it will be up to the (yikes) the Federal government and the courts to decide what becomes of the ERA from here. Still, it represents a huge step for Virginia, which just flipped its legislature blue. It was particularly exciting to see this measure voted on by Danica Roem, the first openly transgender woman elected to the Virginia state assembly.

The Virginia House of Delegates just voted to ratify the Equal Rights Amendment as the 28th Amendment to the Constitution of United States of America.
“Equal rights under the law shall not be denied or abridged by the United States or any State on account of sex.” pic.twitter.com/irIF1NkayJ

So let’s just savor this moment, because it represents something women have been fighting decades for.  “The people of Virginia spoke last November, voting a record number of women into the House of Delegates and asking us to ratify the ERA,” said House Majority Leader Charniele Herring stated after the vote. “It is inspiring to see the amendment finally be considered, voted on and passed – long-awaited recognition that women deserve.”

Here’s hoping this isn’t the end of the journey to equal rights but the beginning of a new chapter and a new era.