From Sea To Shining Sea, the DNC Roll Call to Nominate Joe Biden Was Amazing

We laughed, We cried, We craved calamari. 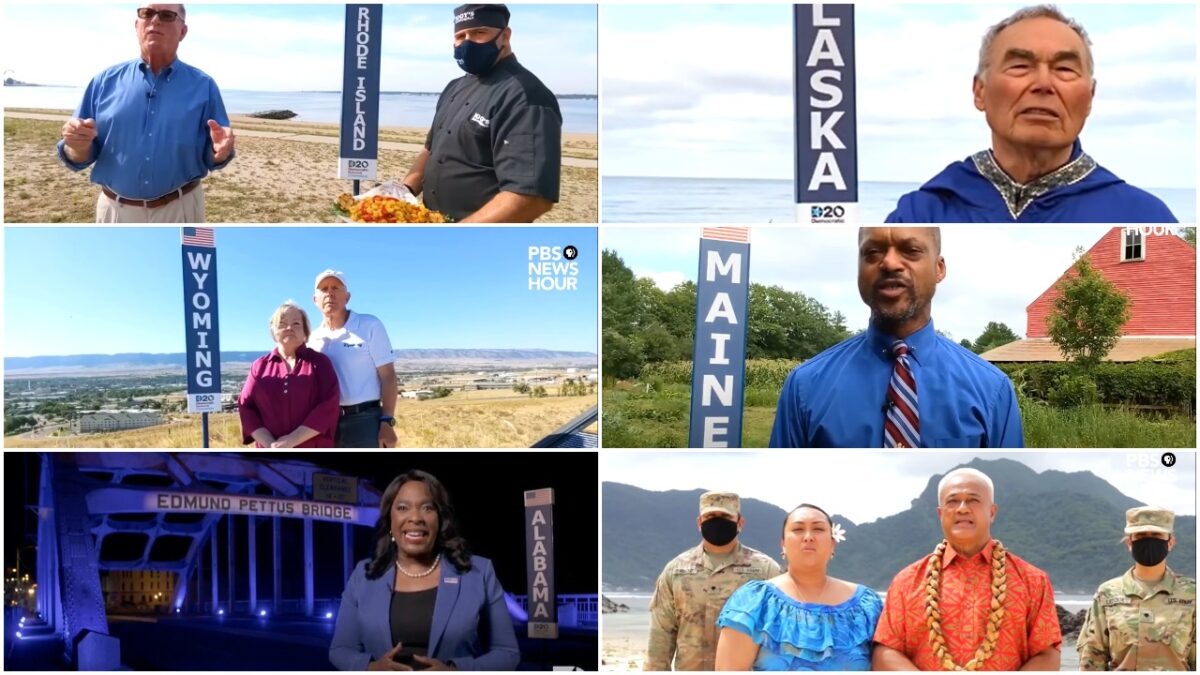 It’s hard to remember the last time I felt proud to be American. For four years we’ve been reminded every day of the worst of this country’s past and present. But against many odds, we still have hope for the future, and that hope is built on an America that is inclusive, resilient, strong, and welcoming to all. That’s America we saw during the second night of the Democratic National Convention, as delegates from across fifty-seven states and territories appeared to cast their nominating votes for Joe Biden.

Usually, at national conventions, the roll call is a tedious affair that doesn’t get a big prime time spotlight. It’s often purely ceremonial and at a certain point, someone may make a scripted motion to “nominate by acclamation” to stop the drawn-out process. But this year, with the convention taking place in offices and living rooms across America, Democrats saw an opportunity to do something different.

It began with the motion to nominate Biden, which was delivered by Jacquelyn Brittany, a Black woman who in her job as a security guard called “I love you!” to Joe Biden in an elevator and became a viral sensation. Having her deliver the nomination was a powerful moment. She’s a working-class Black woman and the kind of real person that politicians often talk about, but who seldom gets to be in the spotlight nationally.

Jacquelyn: Your nomination means the world to me. Thank you — and I hope you know: we love you back. #DemConvention pic.twitter.com/BDS1HQAxhM

And from there, the DNC continued to show the real faces of America, speaking from their hearts to show that there are committed Democrats in every category, in every corner of the country. These people helped raise up the issues that Joe Biden will fight for: racial justice, opportunity, healthcare, climate change, and voting rights.

From the start of the roll call live from the Edmund Pettus Bridge in Selma, Alabama, this moment was a powerful declaration of the values that Joe Biden and the Democrat stand for, and the vision of America they represent. The representative of each state spoke about the issues that mattered to them and thus showed why each of these issues matter to all of us.

From a Native American in Alaska highlighting the impact of climate change on native lands, to a gay Black farmer and B&B owner in Maine talking about small business opportunities for Black people. From families in Louisiana to young activists in Maryland invoking the spirit of Frederick Douglass.

The roll call also included delegates from American territories that get to nominate the president, but do not have the same rights in Congress, and it underscored the need to give all the people who participate in our democracy—from American Samoa, to Guam, to the Northern Marianas—not to mention Washington D.C. and Puerto Rico—better representation.

There were fun moments too, as the delegates from Rhode Island chose to focus their attention on … the state appetizer? Yes. Calamari was well-represented in the roll call, and now I know more than before about Rhode Island, and I’m hungry.

The “Calamari comeback state” of Rhode Island caught viewers’ attention during its turn on the #DemConvention roll call across America 🐙🇺🇸 https://t.co/6tjma19Dq4 pic.twitter.com/4jp0thiAir

And there were incredibly powerful moments too. Khizr Khan, the Muslim man whose son died in Iraq and who Donald Trump saw fit to attack during the 2016 campaign, delivered Virginia’s delegates, invoking the memory of the racist attacks in Charlottesville that inspired Joe Biden to run. But the moment that meant the most to me and finally got me crying came at the end, when Judy and Dennis Shepard, parents of Matthew Shepard, the Wyoming teen who was killed for being gay, pledged Wyoming’s delegates.

No matter what the election brings (though I hope it brings victory for the good guys) this roll call will be something I personally will hold onto because in a time when we are constantly shown the worst in America, it represented the best.

America is not Donald Trump and his hate, America is people from all races, all faiths, and sexualities, all origins, and classes who still find a way to survive and hope. It is a story still being written, and we indeed do hope that the next chapter will be better.

(images: Democratic National Convention)Want more stories like this? Become a subscriber and support the site!