The Disorganized Person’s Guide to Working From Home 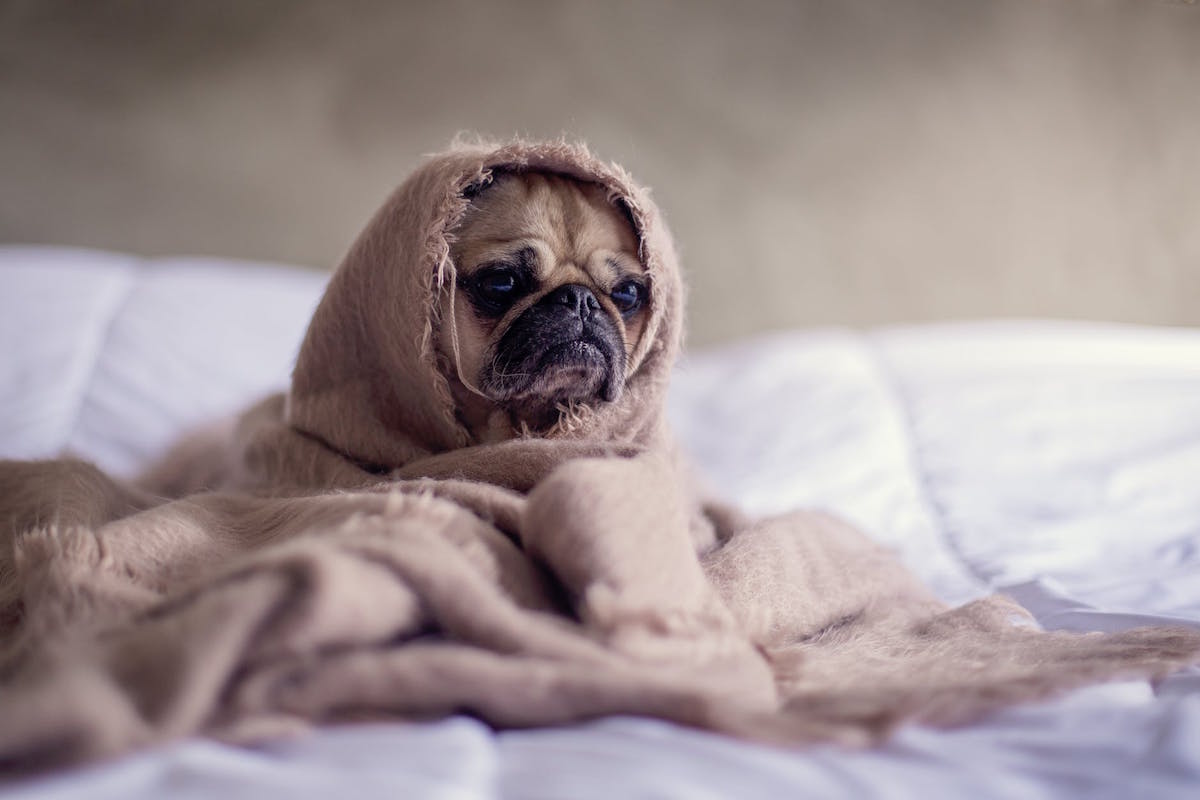 Now that so many people are working from home, there’s been a raft of advice on how best to approach maximizing your space and keeping your routine strictly normative. The problem is that standard “productivity” pearls of wisdom assume you’re the type of person inclined to this sort of approach.

As someone who’s worked from home on and off for more than a decade, and as a disorganized, non-morning person who’s also extremely productive, I feel qualified to give you some tips. I’m here to assure you that you don’t need to get up at the crack of dawn, jog, clean your apartment, shower, get dressed, and sit down to your neat-as-a-pin desk in order to productively work from home. I’m never more “on” than when I work from home, and I’m a mess! You too can have my power.

Set your alarm for the closest time to work possible

You don’t have to brave hours of transportation? You no longer need to abide by time-consuming societal standards of grooming or beauty? Why the hell are you getting up any earlier than you need to? Sleep is precious. It’s especially important for those of us who are night owls and hate the mornings. I don’t know who these people working from home are who think it’s more important to dress in actual clothes than to get more Zzzs, other than that they’re monsters. Get in all of those restorative moments. I recommend setting the alarm so that you’ll have just enough time to start drinking a cup of coffee, feed/walk your pet if you have one, grab some cereal or yogurt, and open your computer. Speaking of coffee …

Cold brew is your friend

Let’s be real, we’re not the sort to set out the supplies for anything the night before, so shortcuts are key. Many grocery stores these days stock bottles of cold brew coffee. This is a particular boon if you, like me, prefer your coffee cold. While it’s rarely cheap, this elixir of the gods is highly concentrated, so you only need a little coffee, and then you can dilute it with water or milk and add ice. This cuts down on coffee prep time enormously, which enables you to sleep even longer.

Since cold brew is expensive, I’ll often make a big batch of strong regular coffee over the weekend, then use a cold brew bottle to store it in the fridge. It tastes like store-bought iced coffee, and can last through the week. I’m a big fan of oat milk, which is also practical to stock up on in a self-quarantining situation. It lasts for ages when opened and doesn’t need to be refrigerated to be stored for months if it’s unopened.

There’s nothing wrong with working in your pajamas, especially now

Almost every article about working from home likes to tell you that you should hew as close to the practices of a “regular workday” as possible. But honestly, why on earth would you want to get dressed in constrictive clothes when you don’t have to? Does work casual or a business suit genuinely make you more productive when you’re at an office? No, it doesn’t. It’s a standard of etiquette some workplaces enforce. Break your shackles. Pajamas and loungewear are awesome.

This may be a new concept to many, but you can actually get even more accomplished when you feel comfortable and aren’t being watched by corporate overlords. Besides, you can take all of the time you once spent doing your hair and makeup (if you did) to sleep even more. Win-win. For our current extended stint at home, I bought some extra-comfy PJs and sweet sleepshirts and have never felt better. Or get inspired and take a page from my friend who revs herself up to work by donning a fun costume and a wig. The last thing you need to do is worry about doing loads of laundry right now, which you likely put off doing anyway. When and if you have video meetings, put on a shirt. They’ll never know or care if you’re wearing proper pants or not.

This is a matter of personal preference, but if you’re not naturally inclined to being organized, it’s unlikely you’re going to be more productive because your new “home office” space has everything neatly squirreled away. It’s probably not a bad idea, as those articles espouse, to have a separate space designated for work, but if you’re not feeling it, do what I usually do and hang out on the couch.

Again, your level of comfort rarely seems to be considered in “how to work from home” articles. We weren’t made to sit or stand at desks all day, and this can be a source of a good deal of bodily aches and pain. Sit or stand or lay however you damn well please. Besides, there’s scientific evidence that messy desks are a sign of genius and encourage creativity. Take that, neat people. “The notion that a clean desk makes you more productive is absurd twaddle,” Inc. tells us. “Working in a messy room seems to help them try new things and come up with creative ideas,” reports the American Psychological Association. So there’s your excuse if anyone complains.

Turn off the TV

What?! We were having such a great time sleeping in and hanging out in our pajamas! The thing is those behaviors don’t have to detract at all from productivity if you’re a personality type like me. If you’re disorganized and a creative sort like me, however, chances are you’re incapable of watching television without being totally sucked into the story to the detriment of all else.

While I have friends and coworkers who say they’re unbothered by having the TV on for “passive background noise,” they’re also the sort of people who get up to exercise in the morning and clean their desks on purpose. Believe me that enticing as it may seem, you should keep the TV off. Watching the news and looking at social media will also just ratchet up your anxiety level. I can find new music to be distracting, so I have many Spotify playlists comprised of well-worn old favorites that really do become “background noise.” Consider putting one song on repeat all day. No, I’m serious.

There are many kinds of people in the world, but those of us who are disorganized often find our habits maligned and are instructed to work against our instincts. There’s nothing wrong with the well-intentioned advice from the “get dressed, go to your pristine desk in the corner of the room” people, but I’m here to tell you one size does not fit all. I work without pause except for lunch all day, and I do it from my couch in my fabulous sleep dress. If you were looking for permission to discover a routine better suited to your inclinations rather than the common wisdom of productivity gurus, I’m giving it to you. Arise, disorganized workers of the world. Right before you have to be “at work.”

Have any tips to share about working from home outside of the norm? Let’s talk in the comments.