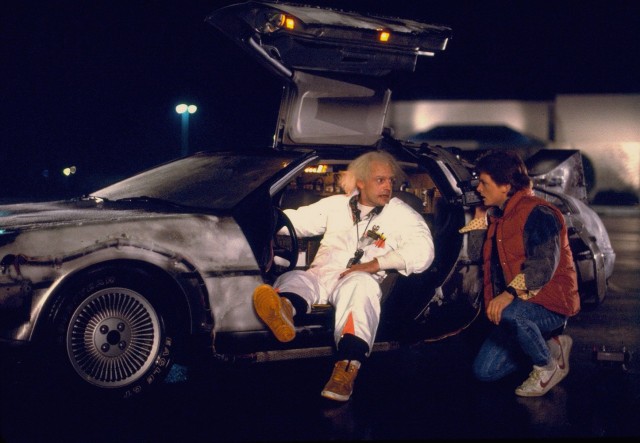 If you’ve always wanted to drive around in style like Marty and Doc but didn’t quite have the means to travel back to the ’80s to get your own DeLorean, you’re in luck! The DeLorean Motor Company will start manufacturing replicas of the car that became the iconic time machine, and you will not need to excuse the crudity of this model.

According to The Verge, DeLorean’s new run of manufacturing is due to a new law that allows car companies to produce replicas of classic cars (at least 25 years old) without needing to meet modern safety standards. So, you know, keep in mind Doc’s warning from Part 2 about being crushed like a tin can if you buy one.

However, the DeLorean will get a modern upgrade in the engine department, though not a Mr. Fusion reactor and certainly not enough to make it fly. The cars will get new V6 engines to put out somewhere between 350 and 370 horsepower, which is quite a bit compared to the 130 horsepower engines they sported in the ’80s. That way, you can be sure you always have enough road to get up to 88 miles per hour. They’ll also have other upgrades like bigger wheels, heated seats, and bluetooth connectivity to truly outfit them with all of our most futuristic technology.

Unfortunately, you can’t just find a DeLorean at any corner drugstore in our snazzy 2015 future. They’ll be limited to a maximum of 325 per year, which DeLorean is planning on doing for five years. If you want one, I hope you’ve been saving up/your future self brought you a sports almanac from 30 years in the future. They’re expected to run from $80,000 to $90,000.

(via /Film, image via Universal Pictures)

Back to the FuturecarsDeLoreanDeLorean Motor Company