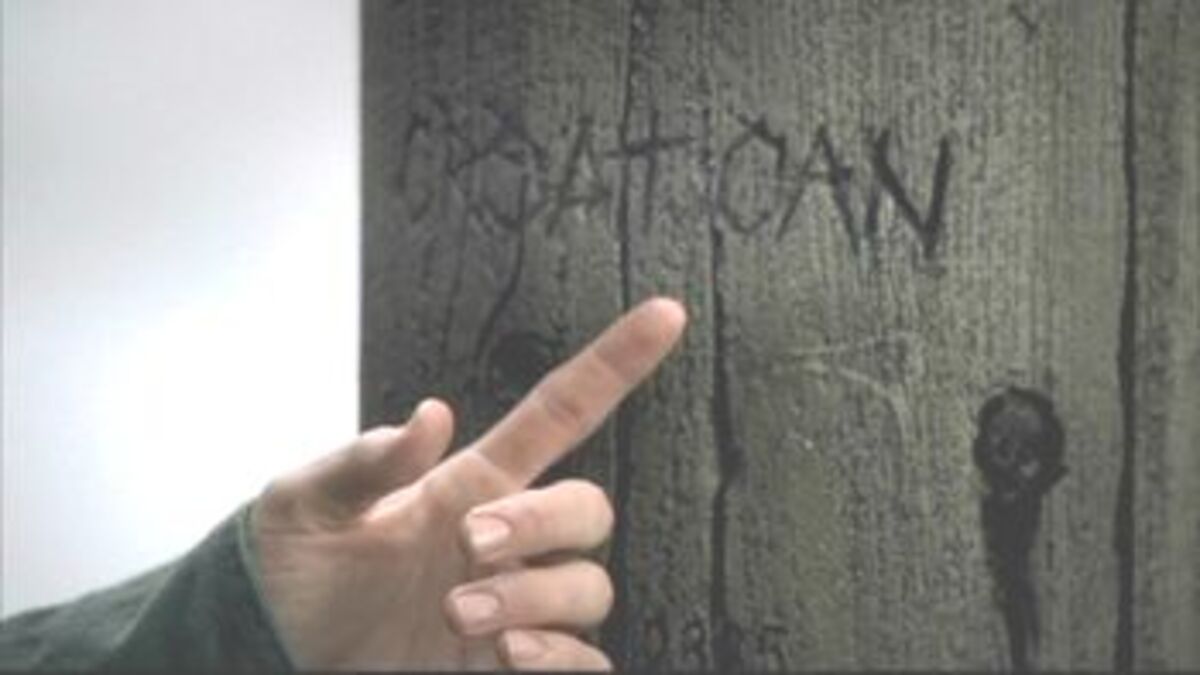 A centuries-old mystery may finally have been solved. If you’re a student of creepy history (like me) or even just a fan of Supernatural (also like me), you’ve most likely heard of the “Lost Colony” of Roanoke. The story begins in 1587, when a group of 115 English settlers arrived to settle Roanoke Island, off the coast of what is now North Carolina. It was one of the first English settlements in the New World, founded 20 years before Jamestown.

Roanoke was where the first European child was born on American soil, Virginia Dare, and things were hopeful but not at all perfect. The Roanoke colony was led by one John White, who returned to England with a group for more supplies after establishing the settlement. Due to the small matter of a naval war between England and Spain, White was not able to return to Roanoke until 1590 and when he did, he found the settlement completely deserted with only one message: the word “Croatoan” carved into a tree. Since then, historians and researchers have wondered “what happened to Roanoke?”

Theories have abounded, from alien abductions to cannibalism to, as Supernatural posited in the season two episode “Croatoan” a demonic virus. But the truth is far less sensational. The name “Croatoan” referred to a Native American tribe that was friendly with the settlers who lived on nearby Hatteras Island. It seemed like that might have been where the “lost colony” went, but strangely, no one looked there and assumed they had all been murdered or worse.

Scott Dawson, who grew up on Hatteras Island, wanted to change that. As he saw archeological artifacts being dug up on the island as it was developed, he founded the Croatoan Archeological Society to support a simple idea: “They were never lost,” according to Dawson. “It was made up. The mystery is over.”

And here’s why. Over the last 11 years, researchers have dug up thousands of artifacts on Hatteras Island, as documented by the Croatoan archeological society and they show a clear mix of Native American and English pieces. The team, who mainly hailed from England, found “copper rings, sword handles, earrings, a Nuremberg token, writing slates, glass.” It all dates back to the time of the Roanoke colony, who we know had good relations with the Croatoan people.

We also have clues from later history, when a generation later more Europeans met the tribe. Some of the Hatteras Croatoan tribes could speak English and had blue eyes! From all of this it’s clear that the “lost colony” didn’t disappear, they integrated with the Croatoan tribe and lived out their lives there.

“When these colonies become abandoned, you get massive political eruptions and disagreements and people walking out and things,” said Professor Mark Horton of Bristol who led the dig. “So it’s not unlikely that one group might have gone up the Chesapeake, up the Albemarle. But I’m pretty confident one group at least, probably the pretty substantial part, came out to Hatteras Island.”

Dawson has documented this in his book, “The Lost Colony and Hatteras Island” and he’s adamant about ending the preception of this as a mystery, rather than an important early chapter in American history. “You’re robbing an entire nation of people of their history by pretending Croatoan is a mystery on a tree,” he said. “These were a people that mattered a lot.”

It sats a lot about the way we view history that the idea that these Europeans simply moved in with a local tribe and stayed there is such a revelation. We’re so used to our history being full of violence and conquest, and the authors of history were so biased that the idea of peaceful coexistence and integration of two societies was unthinkable. But the evidence is there, it would seem.

So now, we know that the lost colony wasn’t quite as lost as we thought. We just didn’t look hard enough.

(via: The Virginia Pilot, image: The CW)