There. We Said it.

I know what you’re thinking? This movie is old.
Why should we be bringing this dud in from the cold?
But listen, just listen, my Christmasy friends.
Where this movie starts is where bad remakes end.
From the green of his fur to the tips of his toes,
This Grinch is pure Christmas! The makers love Suess and it shows!

Ok, I can’t do this whole thing in rhyme but honestly, even though this movie came out over a year ago and it’s the second remake of a beloved classic and another crime in the long line of movies that don’t let Benedict Cumberbatch use his real accent and thus remove the best part of Benedict Cumberbatch I want to talk about Illumination’s The Grinch.

Because, and I know this may shock you because it shocked me…The Grinch is great.

Like many of you, I grew up on the Dr. Suess’ How the Grinch Stole Christmas, both the original book and the Chuck Jones cartoon. They’re fantastic. The 1998 live-action version starring Jim Carrey was actually the first movie I saw alone in a theater…and it was a prime example of how not to adapt a beloved classic.

The live-action version made the mistake that a lot of movies do when adapting something: they assumed to make a movie longer that had to make everyone in it meaner and darker. It also relied on a bakcstory for The Grinch himself that made the other Whos seem like the real monsters. The Grinch succeeds because it does the opposite of it while expanding on the spirit of the original.

One of the reasons this movie works is that it’s essentially a heist film that doesn’t linger too much on the conflict between Grinch and the Whos. WHile the Ron Howard version was all about taking down Christmas consumerism, this one remembers that movies like this are supposed to be fun and we’re suppposed to go into it sort of rooting for the Grinch, but also we shouldn’t want him to succeed because we should like the Whos too. 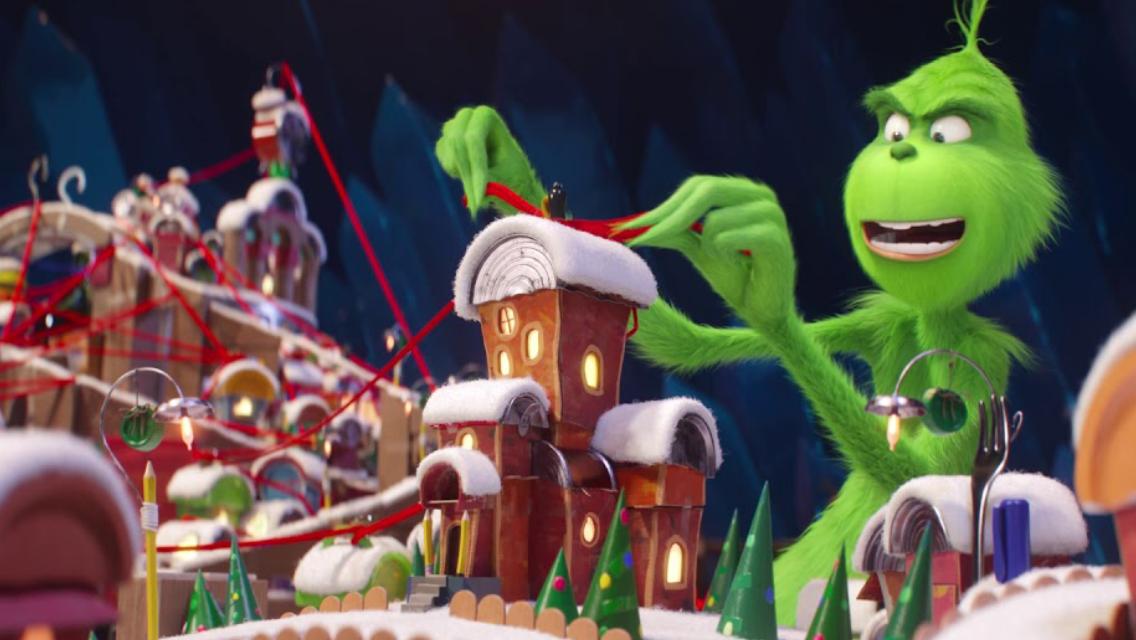 The original Grinch story is by its nature a mystery because we don’t know why the Grinch hates Christmas, really. But this new Grinch really digs in and understands that this is a lonely guy who hates the holidays because they remind him how lonely he is and always has been. It’s not so much a movie about the magic of Christmas, but how important it is to believe in other people and connect to them. And we like the people he connects with because all the Whos are funny and great.

I honestly love this movie for so many reasons. For one, it makes the Grinch clearly just another Who, uh, who happens to be tall and green. He’s part of the community but feels excluded from it and makes it worse himself. It’s also a movie about how dogs are the best and it’s probably because Grinch is pretty nice to Max that we sympathize with him at all.

But most importantly, it really takes the Seussian elements so far and expands and updates them. The Whos are sassy, the music is contemporary, the details are modern, and Cindy Loo Who has an overworked single mom but it still remains fully Seussian.

The animation and design of this movie are where it really shines. The colors are so vibrant and every single little detail is so fully Seuss, from the curves of the trees to the spiral prongs on the Grinch’s fork, it’s so obviously made with love and reverence for the original and it’s fantastic. Also, the running gag of the screaming goat is the dumbest and funniest thing in the world, so there’s that too.

So, On Netflix you’ll find, this Grinch that’s so new,
It’s funny! It’s pretty! And magical too.
You might love the classic, same as old me,
But try it and your heart may just grow one size…or three.