The Best (and Only) They Live Halloween Costume You'll See Today (and Ever, Probably) 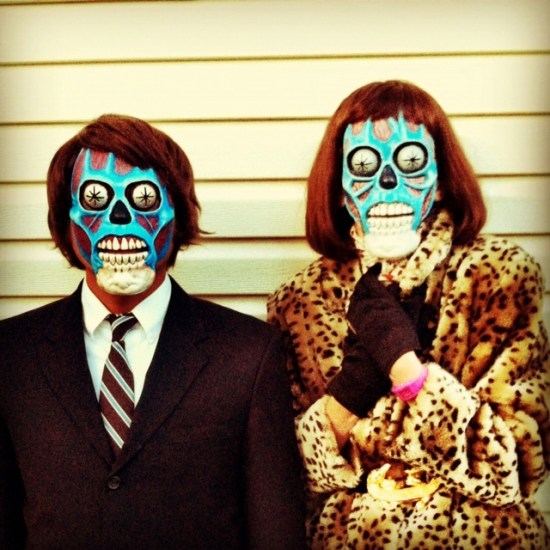 They Live is an old science fiction movie from 1988 starring Rowdy Roddy Piper, the best kilt-wearing wrestler who was rowdy. He finds some glasses that allow him to see that many humans are actually aliens, thus launching him on a quest to reveal the alien plot, meeting a group of likeminded rebels along the way. Aside from the classic (or generic, based on how jaded you are) sci-fi story, the movie featured an extremely awkward fight scene — without music — between Roddy Piper and Keith David (of all people), in which Roddy Piper beats up Keith David in order to get him to wear the glasses and see the aliens.

The above are Halloween costumes. Way better than yours. Head on over to You Fail to check out the creation process, and some more neat pictures.

(You Fail via Super Punch)