I made a web series, come watch it! 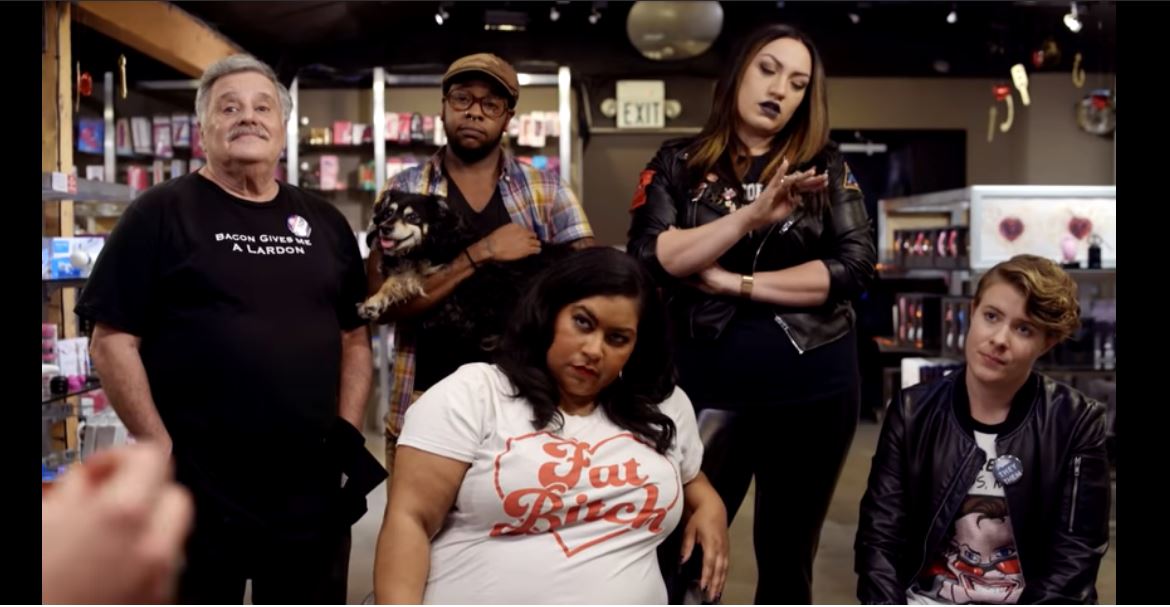 Hey readers, you may know me as the weekend editor with a penchant for dirty jokes and the robot apocalypse, but I’m here to talk to you about something near and dear to my heart. No, it’s not making fun of Elon Musk: it’s a web series I wrote and directed called Thank You Come Again.

Thank You Come Again is the first web series I wrote and directed, and it follows Riley (Carolyn Jania) an uptight academic who starts a new job at the Pleasure Chest, where the colorful, queer team of misfits introduces her to the irreverent world of the sex toy industry. It’s based on my previous job, doing social media and working as a sex educator for the Pleasure Chest, and it was filmed in their West Hollywood store.

On Saturday, April 6th, episode two will be playing at New York’s CineKink Film Festival as part of the Work It! shorts program. It will be playing at 1pm at the Anthology Film Archives, which is a pretty dope place to check out and support.

So, why should you come? Well, you’ll be supporting a queer female writer/director, as well as a cast and crew made up predominantly of queer people of color. There’s some great LGBTQ representation and inclusivity across the board. And it’s funny. We’ve got sex toy jokes, puns, and a special appearance by iconic comedian Julie Brown (Clueless, Earth Girls Are Easy).

Now I know you’re thinking, “Okay fine, but I don’t live in NYC”, or “I do live in NYC but I want to watch this without pants on”. Well good news, because the entire series is on YouTube! What a time to be alive!

Here’s a look at Episode 1:

On a more serious note, many of us here at TMS have our own passion projects: writing, acting, directing, cosplaying. If you like what you’re reading on the site, follow us on social media and see what we’re up to in our spare time. It’s not all Avengers shipping (okay, it’s a fair amount of Avengers shipping).

Thanks for sticking around for this shameless self-promotion. Now, back to your regularly scheduled nerd news!