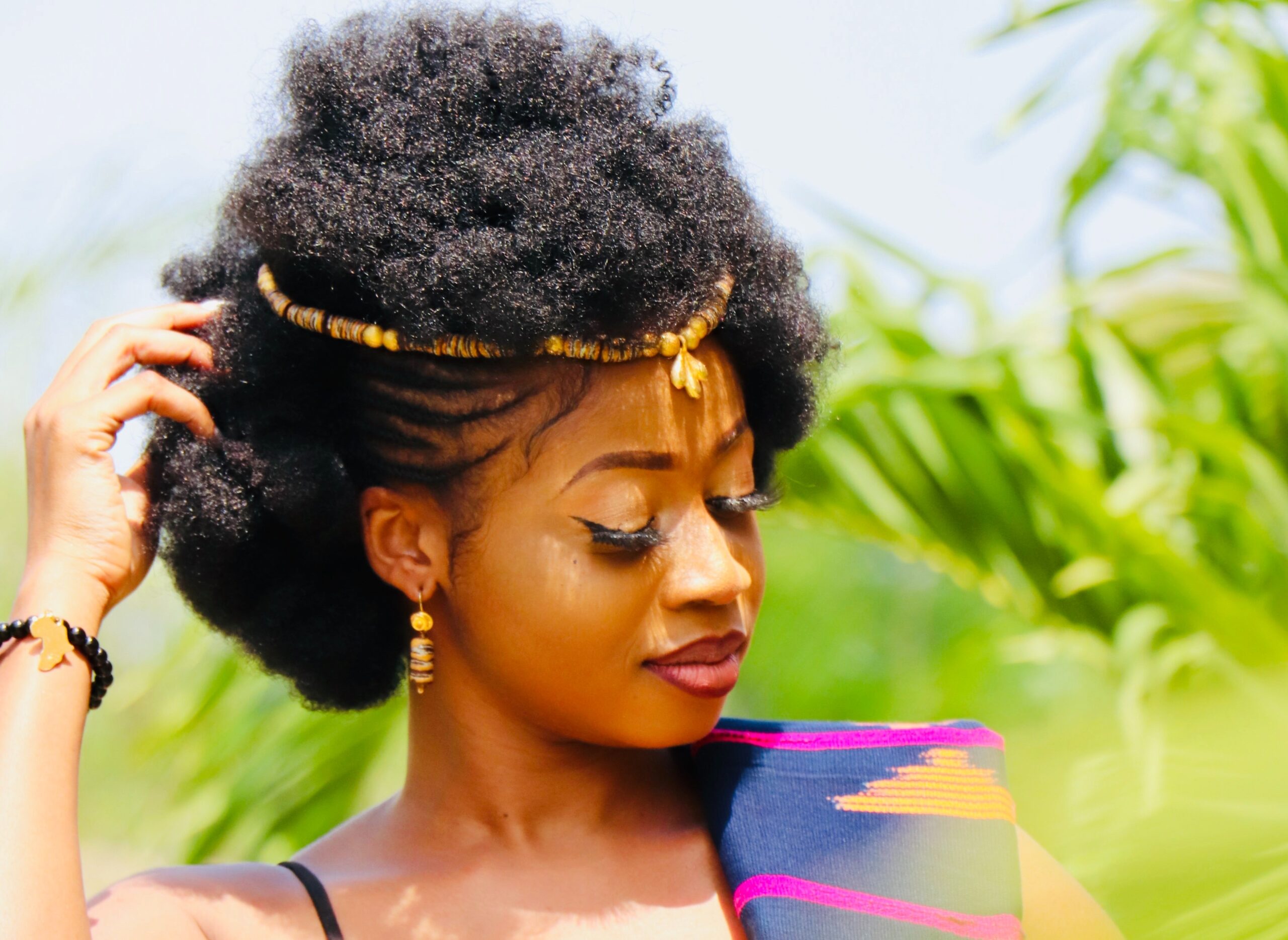 A Black woman and her hair is a deeply personal relationship. It is political, practical, and tied to so many different standards of respectability. The choices we make to wear it natural or not, to wear a weave or not, to get dreads/locs or not, are all used against us as vague indicators of our personality. While the harrowing story of Louisiana native Tessica Brown versus Gorilla Glue has ended, it has highlighted in a viral fashion the pressure Black women and Black folks feel to have their edges laid.

My parents never allowed me to relax my hair, which meant that every two weeks my mother would wash and restyle my braids. While many of those moments were fun and foundational for me, they were also the earliest times I had instilled in me “this is meant to be uncomfortable”—and by this, I mean doing my hair.

She would give me a tap on the fingers with the comb if I tried to touch my head. If I complained that my head hurt, she would tell me she was almost done. While I complained, my mom would tell me that she felt the same way and, at the time, rocked a shaved head. It was normal for hair styling to be uncomfortable and painful.

I would see the burn marks on the tips of ears or back of necks from hot combs and flat irons on my classmates, trying to get that sleek style that everyone said was “good.”

When I got older, I didn’t relax my hair, but I did blow-dry and flat iron it. I would sit for hours getting it neat and perfect, letting the smoke fill my dorm room because that was how you got to be beautiful: sitting in a chair while someone molded your hair. Eight hours getting braids. Two hours under a hot hairdryer to get my locs dry and curled. Spending money on all sorts of creams, custards, and butters to give me the curls that YouTube’s natural hair community has told me that I can achieve.

If you have decades of putting stuff in your hair, using tricks to make it last longer, programming you that being uncomfortable is a key component in beauty … that’s how you end up putting Gorilla Glue in your hair even if it is not safe on the can.

The American Bar Association lists several incidents where Black hair has been discriminated against surrounding students of all gender identities. In 2017, Mya and Deana Cook, sisters in Massachusetts, had to serve detention because school officials said their braids violated school policy. A 6-year-old student at Book’s Christian Academy in Florida was sent home from school because boys are not permitted to have dreadlocks. Two students from Barbers Hill High School were suspended because of the length of their dreadlocks.

The Crown Act is a law that prohibits race-based hair discrimination, which is the denial of employment and educational opportunities because of hair texture or protective hairstyles including braids, locs, twists, or bantu knots. It has only been passed into law in half of the country.

Findings published in the journal Social Psychological and Personality Science showed that “Black women with natural hairstyles received lower scores on professionalism and competence and were not recommended as frequently for interviews compared with three other types of candidates: Black women with straightened hair and white women with curly or straight hair, the researchers found.”

So you glue it down to make sure it is the straightest. The most well kept. No matter the pain.

I’m glad Ms. Brown and her scalp are doing well, but I also wonder what Black women are allowing themselves to be in pain about to make sure their hair is perfect right now.