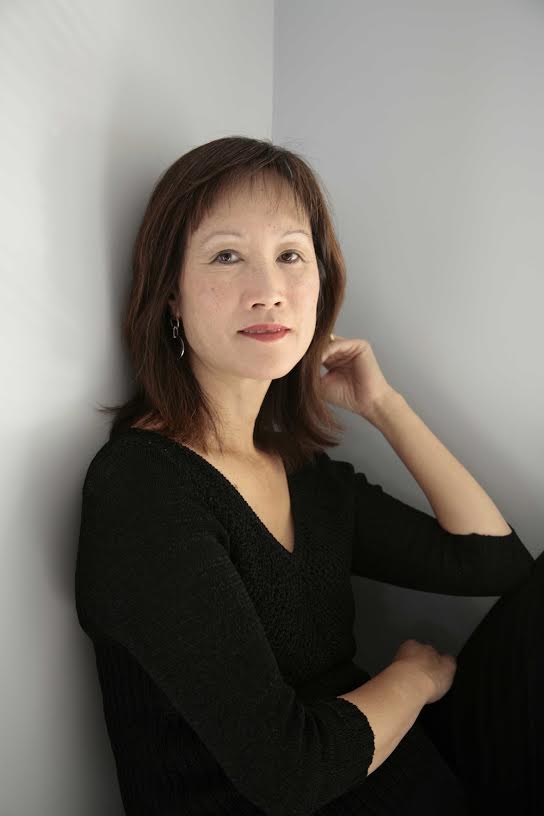 The following was originally posted on Medium under the title “An Interview With Tess Gerritsen” and has been republished with permission.

Tess Gerritsen happens to live in the same town in Maine I do. I’m sure it’s actually not that much of a coincidence. Camden is one of the most beautiful places on Earth, and many famous writers like Edna St. Vincent Millay, J.J. Abrams, and Richard Russo have found themselves “where the mountains meet the sea.”

Gerritsen is among these writers, and when I read on her blog she’d decided to end her lawsuit against Warner Bros., regarding Alfonso Cuarón’s film Gravity (2013), I wanted to get the story — or, as it were, the story behind the story.

Tess Gerritsen’s rise to international, best-selling fame came from a fruitful maternity leave. She started her career as a physician, and it was only while taking time off to raise her first child that she began writing in earnest. She started with romance novels, but it was her first medical thriller, Harvest (1996), that established her career as a novelist.

In 1999, Gerritsen published another medical thriller, Gravity. But this time, the setting was not a hospital, but outer space — the International Space Station to be precise. The description of the novel, as it appeared in Publisher’s Weekly, reads as follows:

Gerritsen meshes medical suspense and the world of space travel in another nail-biting tale of genetic misadventure. Much of this scary thriller is set aboard the International Space Station, where a team of six astronauts suddenly find themselves threatened by a virulent biohazard…As astronaut Emma Watson, the station’s onboard doctor, struggles to fight the outbreak, her colleagues are dying one by one…(until) Watson is the only one left alive…

That same year, Gerritsen sold the rights to New Line, a subsidiary of Warner Bros., to make a film based upon the book. She was paid “a large sum of money” for the rights. It was an outright purchase rather than an option, which is somewhat unusual, Gerritsen tells me. Still, her contract stated that, if a movie was produced, she would receive based upon credit — among other agreements.

In a phone conversation, Gerritsen relayed to me what happened next. Throughout, she tackles my questions with an assuredness that reminds me she was once a whitecoat-clad doctor.

Honestly, in light of all this tumult, I expected the doctor/author to be milder, but she almost immediately warmed up to telling the story again. And she readily finds humor in the situation in which she’s found herself, not least of all being primed to criticize the media’s coverage of her suit to a journalist.

Tess Gerritsen launches into the story in a no-nonsense manner as though she’s laying out a patient’s medical history.

The patient is Hollywood. The disease? Avarice.

Over the phone, Gerritsen tells me, “After New Line bought it [in 1999], they had a script written by Michael Goldenberg. The script didn’t end quite right — it didn’t feel like it had enough explosions at the end. So I rewrote the third act of Goldenberg’s script, which included their shooting down a satellite, the debris’ hitting the ISS and destroying the space station, and the female astronaut’s left drifting in her space suit with no tether.”

Gerritsen began to receive congratulatory emails from fans excited to hear her novel Gravity was being made into a motion picture.

These well wishes might have made sense in 1999, but not now. As far as Gerritsen knew, the project had been dropped a decade ago. She’d all but forgotten about it, having moved into television with the adaptation of her Rizzoli and Isles novels.

It wasn’t until she received information from someone (“a Deep Throat,” she cheekily calls him/her) who claimed the man directing this “new” film Gravity had also been attached to direct her film: Alfonso Cuarón. 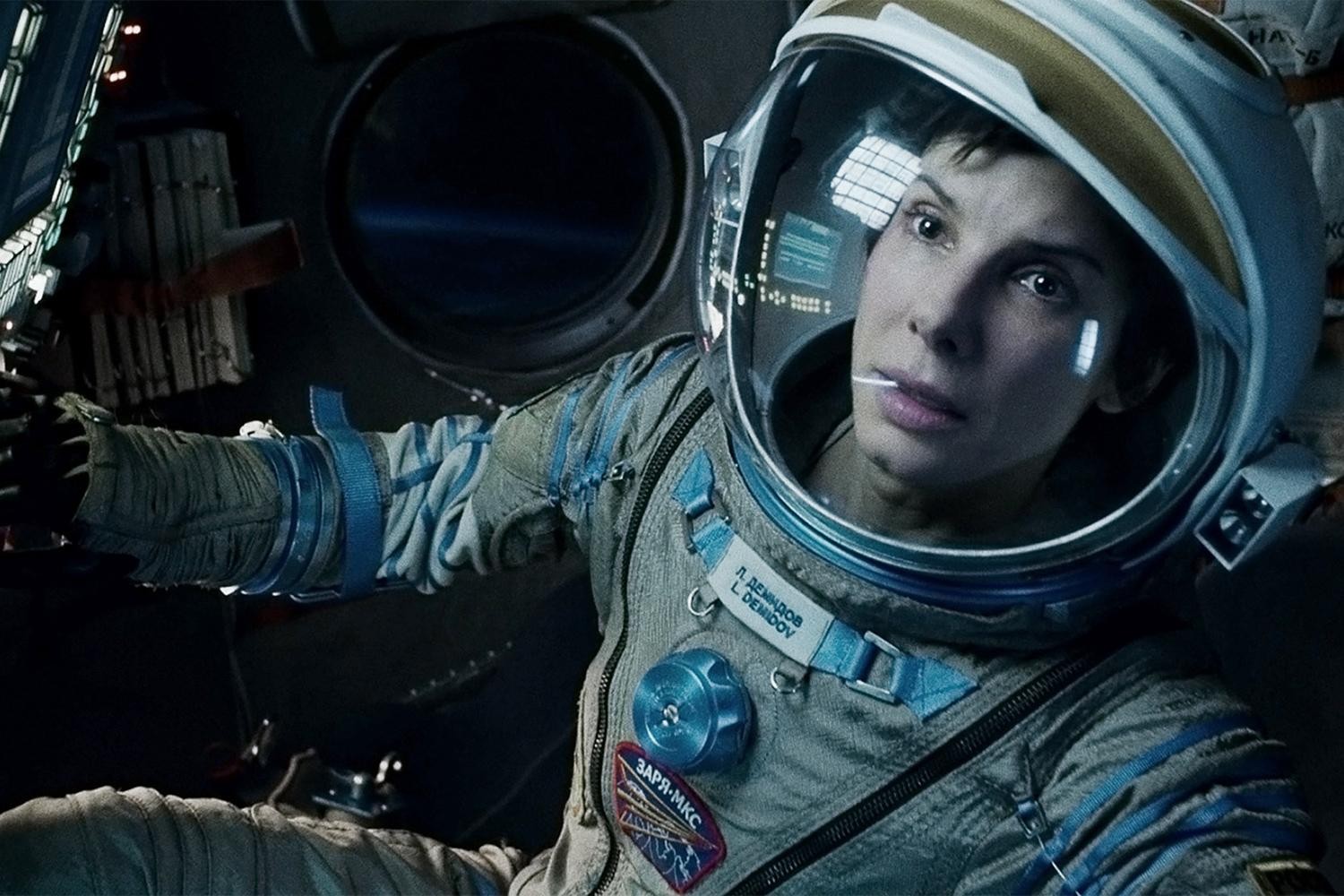 At this point, having heard the film’s synopsis, Gerritsen decided that perhaps this wasn’t a coincidence. It’s not altogether uncommon for ideas to be tossed around in Hollywood, and Gerritsen knew this. But when she learned the same director was involved with both projects, she couldn’t let it go.

“It just seemed so blatant,” she says. And when one compares the two synopses and the title, of course, one begins to understand why her fans worldwide assumed the movie was hers.

Again, by phone, Gerritsen speaks on the matter: “That’s how we ended up in court — except that we never actually ended up in court. Because we had this whole issue of — I signed this contract with New Line, New Line was absorbed into Warner Bros — who, then, made the movie? And New Line still owns the copyright to my book, which is under the control of Warner Bros.”

Further, she mentions, “But Warner Bros. says they should not have to abide by my contract with New Line, even though they own New Line. They felt they had no responsibility to give me credit or to honor all the other things that were in my contract. So that’s why we ended up suing for breach of contract, and not copyright infringement. I cannot sue for copyright infringement because New Line owns the copyright.”

Gerritsen realized that while she may not have gotten a hearing (because she did not go to settlement and sign a nondisclosure agreement), she can keep talking about what happened.

“It was never about the money. It was never about winning, never about the judgment. It was just about the fact that this was wrong. So, that’s why I felt — I don’t really care about the money, here is what I can do: by having this dismissed early, I did not have to sign a nondisclosure agreement. I am free to continue talking about this, which is something that I might not have been free to do if I’d won, or if it had actually gone to settlement. So, I think I made my point. This what the situation is for writers — and I can continue talking about it.”

Tess Gerritsen first went to her blog, where she’s taken her readers and the media on this journey, the drama unfolding just like the pages of her novels. Only this time, she’s the protagonist.

“Transparency I think is what is unusual about my situation. Screenwriters in Hollywood, they are terrified that they’re going to lose their job, that they have no career left in Hollywood. Well, I don’t work in Hollywood, so I can say what I need to say. I’m unaware of any other writers who have actually blogged so openly about what their experiences are. There is a complete lack of transparency having to do with Hollywood lawsuits.”

Gerritsen continues, “I follow this now. I’ve gone back through Google to find every lawsuit that was ever announced, and they make these big splashes in the newspaper. Then, they vanish. They disappear, and you never know what happens to them. Maybe the studio wins and then it disappears? Or they lose and they disappear? You know why they disappear? Because the plaintiffs are asked — are forced — to sign a nondisclosure agreement. Otherwise they get hit with the attorneys’ fees. So it’s like, ‘We won’t charge you, but you have to shut up.’”

Even still, Gerritsen does admit that — as far as New Line and Warner Bros., are concerned — it’s not as though she doesn’t understand their motivation in a case like this. She blames the judge, and the justice system.

She tells me, “You can’t really fault the corporations. That’s what corporations do. You can’t fault the lawyers because lawyers are sharks. What I do fault is the justice system. I fault the judge for not looking at the big picture and saying, ‘Wait a minute, writers are completely screwed in this situation.’ In her decision, the judge said she saw no inequity in this situation. So, what can you do with a judge like that? When you work in Hollywood, work in a court system where studios are in and out all the time, if this is the attitude there, then I can’t see any writer ever winning.”

When you consider what was on the line financially for Gerritsen, she hasn’t won. She’s lost. But when it comes to shedding light on something that is problematic in the industry, she has more than a platform now: she has an audience.

“We never got discovery; there were no hearings. The judge made these rulings purely with the paperwork. Even though, you think after a couple of dismissals and this going on 14 months, they at least would have had a hearing. Our real problem was that we were not allowed to go to discovery. Discovery is the stage where papers get shared, get revealed, and you get to find out what exactly is the relationship between New Line and Warner Bros. So it’s like, ‘I demand proof, but I won’t let you get the proof.’ And that was the situation my lawyers were in.”

She continues, “I’ve had at least a half a dozen lawyers who have written to me, saying they are astonished by this ruling, and encouraged me to appeal But once you get into the appeals stage, you’re talking years, and personally, it was not worth it to me.”

So for now, Gerritsen thinks, “it’s better for me to talk about it. I think the best thing you can do — and unfortunately writers are some of the least empowered people in Hollywood — is try to find people of honor to align yourself with. You don’t know until after things get nasty. So, I have no idea if there is any kind of solution to this. I think what it needs is daylight.”

At the end of our interview, I ask Gerritsen if she thinks there could be fodder for a book somewhere in all this. I expect her to laugh it off, but she comes back with conviction: “I am collecting stories. I’m trying to figure out in what form. It won’t be fiction; it’ll be nonfiction. But there is more to come.”

While Tess Gerritsen’s justification for giving up is clear — her motivations pure in doing so — what was the final nail in the proverbial coffin? Why did she give in to Hollywood’s pressures?

“I gave in to intimidation. Because what happens is the opposing attorney sends you letter after letter that’s threatening you with a number of things, and one of them being, if you go to appeal and you lose, you are going to be forced to paid for our attorney fees, which would have amounted to millions of dollars. So at that point, my husband freaked out [laughs], and it’s typical intimidation. It’s what you should expect — and it worked on me.”

It might seem hard to imagine that a woman who writes gory medical thrillers — about the harvesting of organs from Russian orphans to gritty crime scene and autopsy drama — would give in to the comparatively boring and innocuous pressures of L.A. executives. But if Gerritsen’s experience is any indication, the most intense plot-twists for writers in Hollywood are found not in their books, but in the fine-print of their studio contracts.

Abby Norman is a journalist and freelance writer based in Maine. She has a dog named Whim. Bylines include: Huff Po, Mogul, Alternet, Thought Catalog, The Mary Sue, Bustle, The Liberty Project & All That Is Interesting. Rec’d by NPR + TIME. She blogs at www.abbyexplains.com. Follow her on Twitter @abbyexplains.