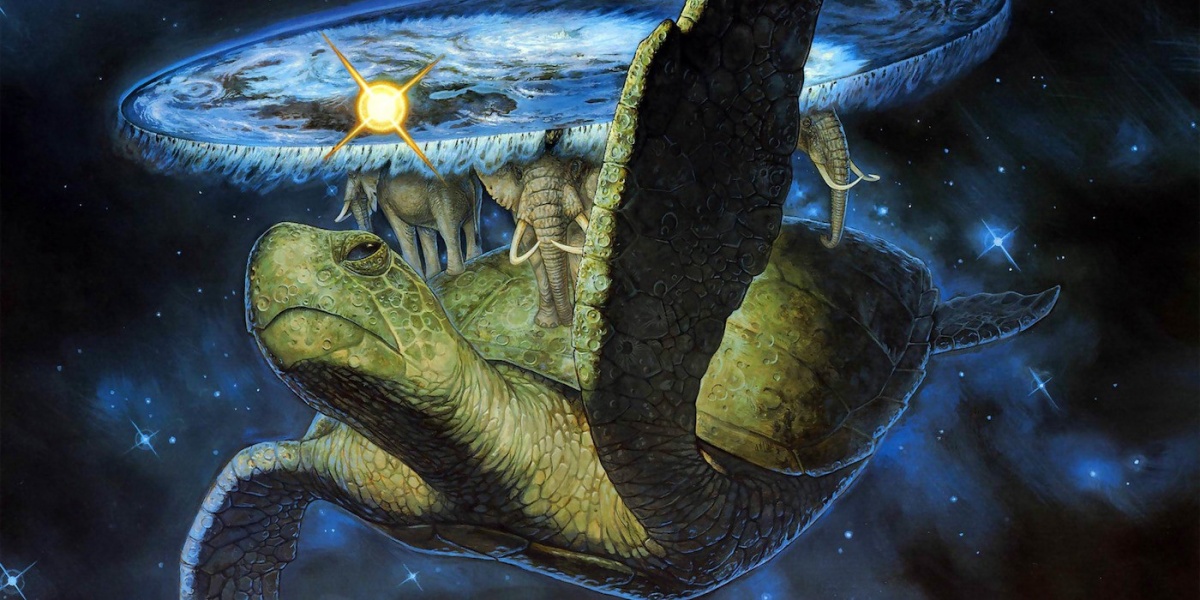 The beloved and expansive Discworld series is set to receive a new TV incarnation. According to Terry Pratchett’s production company Narrativia, they will create “truly authentic … prestige adaptations that remain absolutely faithful to [his] original, unique genius.” A lovely birthday gift for the late author.

There are forty-one books in the series with the first The Colour of Magic (1983) and the final novel The Shepherd’s Crown published in 2015 after Pratchett’s passing. In the company’s statement to The Guardian, they say that this new deal between Narrativia and Motive Pictures and Endeavor Content will produce several series. This news is a relief to fans hoping that an adaptation will not just stuff everything into a single mini-series event.

“The spirit of this new alliance has been forged from a shared love of the source material and a commitment to create an epic series, which will kick off with some of the most iconic titles in Sir Terry’s fiercely incisive and satirical universe,” Narrativia said.

Additionally, Pratchett’s daughter Rhianna, who also serves as a co-director of Narrativia, said that their new production partners “perfectly share our vision” of what Discworld should look like and be. “Discworld teems with unique characters, witty narrative and incredible literary tropes, and we feel these should be realised on screen in a form that my father would be proud of.”

There have been other adaptations of books and short stories of Prachett’s work, including Hogfather (2006), The Colour of Magic (2008), and Going Postal (2010). A lot of them were not super-beloved because of deviations and liberties taken, but that doesn’t mean new adaptations shouldn’t go forward. The Good Omens series from Amazon Prime last year was based on a work by both Neil Gaiman and Pratchett, which proves that his work is ripe for adaptation.

Right now, there is no indicator of who is going to pick up this content, but if I were a smaller service like AppleTV+ or HBO Max, this is the kind of series that they should be going after: popular intellectual property, will probably be filled with every British actor who is living, and down to magically mingle. Netflix has The Witcher, Hulu has multiple reasons to stream it, but Apple TV doesn’t have much to run home and talk about despite nabbing some Emmy wins. Those shows never seemed to translate into audience excitement. Amazon also had a hit with Good Omens and was rabid for more, which may lead to their interest here.

As someone who has very much enjoyed the books in this series that I’ve read, I hope that Discworld fans series get the small-screen treatment they have been waiting for.

Okay, so who should play Death? I know they are probably going to be British, but let’s just really go wild. I say Maggie Smith!

(via The Guardian, image: Paul Kidby)