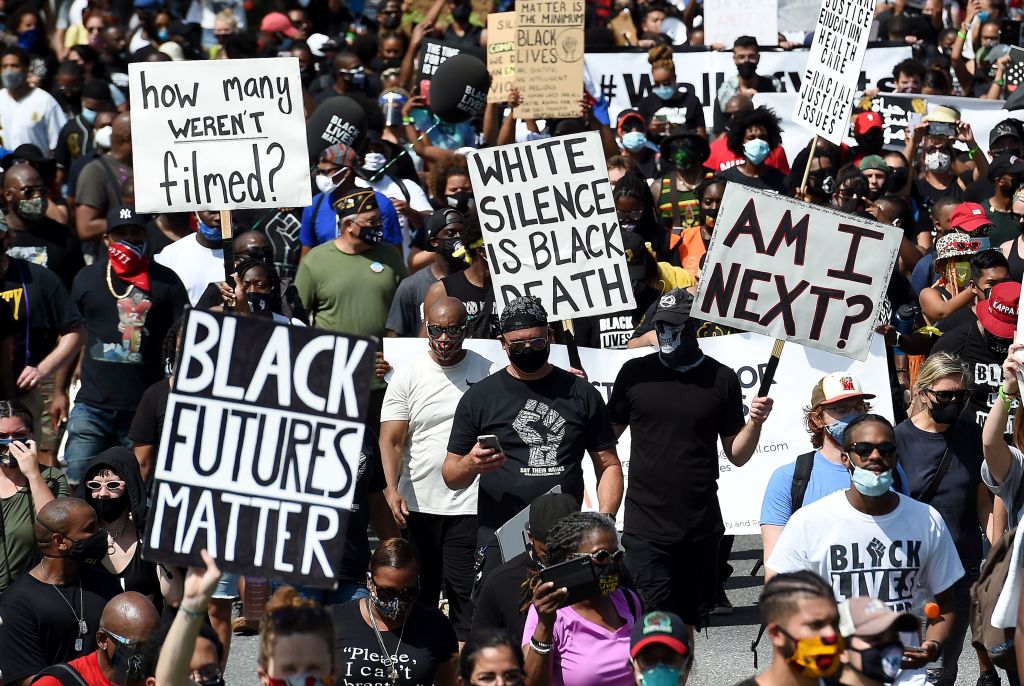 Tennessee Republicans are big mad that East Tennessee State University men’s basketball team decided to take a knee during the National Anthem, and in true “let me show how vile I am” fashion, they took it a step further. Several State Senators sent a letter to Tennessee universities basically saying that they should prohibit such behavior happening during the national anthem. They also went on to express that there is basically no room for “politics” when athletes are representing universities because they not only represent themselves but also their school and the state.

And I call bullshit.

Not only are the actions of these senators clearly racist in ideology, but it’s no coincidence that they’re attacking a team predominantly made up of Black men for speaking out. It’s more racism.

Kneeling is a form of silent protest that hurts no one but itty bitty State Senators from Tennessee. It is protected by our constitution as a part of freedom of speech and no State Senator is going to scare Tennessee athletes from doing what they feel is right and what is allowed by the law. Just because it’s a state school doesn’t mean that these students suddenly give up their right to protest unjust and dangerous behavior by public forces meant to protect our communities instead of destroy them, bit by bit.

Another troubling bit of the letter sent to Tennessee State universities said, “Let’s not focus on what divides us but on what unites us, which is being an American.” We are focusing on what unites us when we protest. We are standing behind, in front, to the left, to the right of every single person who has suffered at the hands of those that think brown and black lives are worth less. They’re not worth less, and we will unite to give them the support needed to live the American Dream free of persecution, racism, or fear of death.

Honestly, I can’t think of anything more American than standing for those who are disenfranchised when we kneel. And the ACLU of Tennessee couldn’t agree more. They released the following statement:

The ACLU of Tennessee commends the ETSU men’s basketball team for using one of our nation’s most valuable and practical tools for advocacy – freedom of expression. These young people exercised their constitutional rights to protest systemic racism and police violence. Freedom of expression does not cease to exist if you walk onto a basketball court – especially if you attend a public university. Your ability to protest peacefully does not disappear because of a scholarship, and your First Amendment rights are certainly not tied to lawmakers’ reactions to the content of your speech.

What Tennessee lawmakers are doing is using their platform to attack, insult, and undermine student athletes. They think that fear mongering and pressuring these public institutions with a letter will stop peaceful and poignant protest. They couldn’t be further from the truth. Trying to stop these young athletes is only going to push them further into expressing their opinion as allowed by the First Amendment. And public institutions cannot censor students from expressing themselves by taking a knee in a public arena.

The ACLU of Tennessee concluded their statement with the sickest burn, that I think lawmakers need some serious aloe for, by saying the following: “The peaceful actions of the ETSU basketball team may offend some. Their freedom of expression, though, is not bound by lawmakers’ fragile sensitivities.”