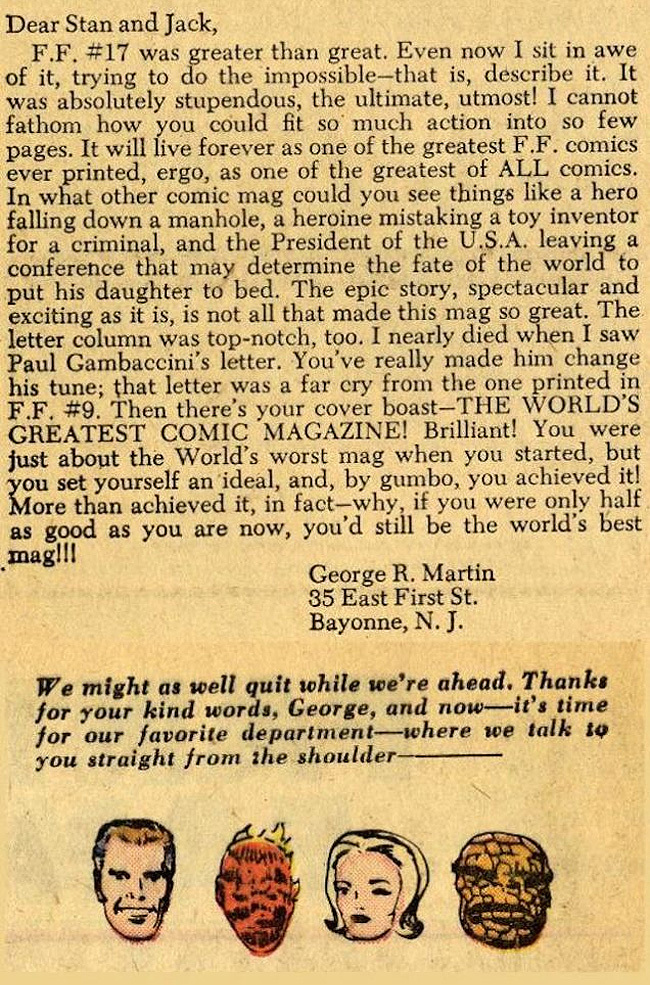 In 1963, a young George R. Martin (apparently that second initial didn’t make an appearance until later) wrote a highly sarcastic letter to Stan Lee and Jack Kirby. Thank you, Marvel, for sharing this with us all.

Martin would have been either 14 or 15 when the letter was sent. So he was probably, what, ten when he started it?