The only Teen Wolf episode to get a “viewer discretion is advised” warning at the beginning of it, because there’s some creepy mental institution stuff and also because “Echo House” kind of sucks.

We start off with Stiles voluntarily checking himself into Eichen House, aka the creepy mental institution from a few episodes back. Scott (rightfully) points out that, heyyyy, that’s the place where Barrow was. Clearly it has an aura of weird supernatural shenanigans, so maybe don’t lock yourself up there for 72 hours. Christ. Stiles, Mr. Martyr, argues that he has to stay locked up so when Deaton’s poison wears off and the Nogitsune has its happy homecoming, he won’t be able to hurt his friends. But there has to be a better way. Oh, if only Stiles knew someone in law enforcement who has access to handcuffs and prison cells. It’s not optimal, but neither is trapping yourself in a creepy mental hospital. Stiles, you’re majorly sleep deprived, so I’ll let your poor decision-making slide. Somebody should have managed to convince him that his plan is freaking stupid, though.

Scott, you tried. I can’t stay mad at you.

The Sheriff has second thoughts and frantically tries to get Stiles to come home, arguing that they forgot his pillow, and he can’t sleep without his pillow, so let’s call this (STUPID) plan a wash, huh? Stiles responds that it doesn’t matter, because he hasn’t had a good night’s sleep in weeks anyway. 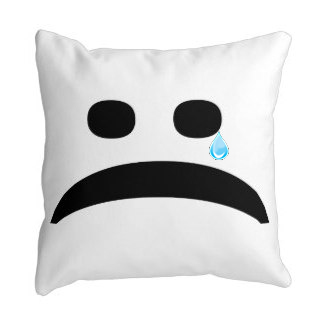 Within minutes of Stiles’ arrival, one of the patients hangs themselves. For all that Eichen House is working overtime to cultivate its creepy atmosphere—Literal cells. No contact with the outside world.—its staff is less careful when it comes to taking care of its patients. Which is the point, I guess. The “creepy asylum” is Teen Wolf‘s horror trope of the week. But it feels cheap to me, because so many things about Eichen House make no damn sense. It’s all style, no substance. Also, unlike, say, a haunted house, mental hospitals actually exist in the real world, and people rely on them. They could have done something a little more inventive than the same old “evil asylum” schtick.

Chris and Derek, locked up in prison, are still trying to figure out how to save Stiles. Chris learns from Deaton that Silverfinger had a special scroll that told him how to fight the Nogitsune. Well, that’s handy! Allison figures out that the scroll must’ve been kept in Silverfinger’s silver finger. Derek’s contribution is to use his superhearing to find out that all of Silverfinger’s stuff, including the finger and the scroll, are being moved to federal lockup.

Chris and Derek also have a conversation about Stiles that’s notable for three reasons. One: Chris is prepared to kill the NogitStiles if the Nogitsune pushes Stiles out completely. Two: Derek really doesn’t want to do that. Shippers, eyyyyy. Three: Chris asks Derek if he knows about a type of supernatural creature called a Berserker, and it turns out Derek does, because he’s still a multilingual walking supernatural encyclopedia badass knowledge nerd this season, and I love it.

Back in Eichen House Stiles sees the Nogitsune chilling around and realizes, hey, maybe this was a really stupid plan and I should get out of here. We also meet Oliver, Stiles’ chipper roommate who later gives him the Mean Girls cafeteria speech. Except instead of “Varsity Jocks, Unfriendly Black Hotties, Girls Who Eat Their Feelings, Girls Who Don’t Eat Anything” etc., everyone thinks they’re Jesus.

Also a resident at good ol’ Eichen House is Malia, who we learned last episode is (or may  not be, if Jeff Davis is playing around) Peter’s daughter. The first thing she does is punch Stiles, and that makes a pretty good case for her being a Hale. Apparently she has a pretty strong tendency toward violence. I like her.

Stiles hallucinates the basement of Eichen House but is pulled out of it by Ms. Morrell, who went from French teacher/guidance counselor to psychologist (I guess?) at Eichen House. That’s… convenient. Part of me is peeved at the sloppy storytelling inherent in just plopping Deaton and Morrell into events wherever they need them to be at any given time. Another part of me is just happy to see Morrell and loves the idea that she and her brother know in advance where shit’s gonna go down, and they get jobs there so they can Obi-Wan it up and leave town afterwards.

Morrell pulls Stiles aside and tells him that the weird marks on his body is a Lichtenberg figure, and when it fades the Nogitsune will return. The one thing Stiles absolutely cannot do is sleep, so she gives him some wakey wakey meds. If your friends haven’t figured out how to save you by the time the marks are gone, she warns, no big deal, I’ll just have to kill you.

Let’s take a moment to appreciate all of Teen Wolf‘s wonderful lady characters.

Stiles has a non-punchy interaction with Malia when he accidentally uses the bathroom that she’s using to shower in. But she doesn’t care, because she literally grew up in the forest. As a coyote. Social etiquette isn’t really her thing. Turns out the reason she punched Stiles is that she wants to go back to being a coyote. Stiles says he knows someone—meaning Scott—who can help her figure out how to do that. S&S will help her if she helps him steal the basement key from the head orderly. (Stiles found the door while wandering around the mental hospital in the dead of night, Eichen House, where is your security?!)

After Stiles gets the keys we get a brief interlude of the Hunter Matriarch Lady who wolfnapped Derek and Peter pretending to be Chris’ lawyer so she can talk to him about how he’s not keeping the right Code, yada yada. Lady, did you just talk smack to Chris Argent about his Code?!

She also says she’s “hunting” for something, but doesn’t say what. Which is fine, because I don’t particularly care.

Stiles is caught trying to sneak into the basement by the Head Orderly, who apparently waited for hours after noticing his keys had been stolen just so he could pop out of a dark corner and scare Stiles in an appropriately melodramatic fashion. He fits right in amongst Teen Wolf villains. Evil Head Orderly sedates Stiles, who promptly falls asleep and is visited by the Nogitsune in his dream. He’s rescued by Malia, and they both head to the basement unimpeded.

Then: It’s heist time, frakkers! Kira gets herself in on the adventure after showing Scott that, whaddayaknow, she’s apparently preternaturally talented with a sword. And you know I love my violent ladies, but… Teen Wolf, don’t. Don’t do that. Do you know how uncomfortably close this is to the “all Asians come out of the womb knowing martial arts” stereotype? And this from a show where the major downside of an otherwise excellent half-season has been its reliance on ~Asian people and their yakuza and their kitsunes and their Asian magicks~. And now part and parcel with being a Japanese fox demon is epic sword skillz.

Lydia’s heist plan is ruined when it turns out Kincaid, the werewolf working with Silverfinger, got to the armored van first and stole the scroll. Kira and Allison both try to fight him and get knocked out in short order, and after a few minutes of Scott getting his ass whupped the twins leap down from a balcony and take Kincaid out. What were they doing up there? Checking their email, so they didn’t notice their friends were getting wallopped? Playing parcheesi? Using rock-paper-scissors to determine who’d get to back flip and who had to front flip? I need a fic where Scott pulls them aside to let them know a dramatic entrance has to take a backseat when a bad guy is beating their friends half to death.

In the basement Stiles and Kira look through old files to try and figure out what the connection is between Eichen House and the Nogitsune. But they don’t find anything, so they make out—or possibly have sex–instead. I hope they didn’t have sex, because I doubt there was a condom anywhere in the vicinity.

Later on they find a secret room where the Nogitsune’s getting in some chill time. Malia pulls something out of its pocket, but before we can find out anything besides the fact that it’s incredibly important, Oliver shows up and tases them both.

Dammit! I liked him!

Earlier on he said he “swallowed a bug,” and now we see that he meant that  literally, and that the bug was a firefly. So he’s Mama Kira’s oni surrogate operating from inside Eichen House? He sedates Malia and proceeds to villain monologue all over Stiles, telling him he’s going to drill a hole in his head to “let the evil spirits out.” Oliver, you stupid soggy biscuit, sedate him, and then drill the hole. He’s stopped by the Nogitsune, who uses mind-whammy. It’s super-effective! The deal is this: If Stiles lets the Nogitsune is, Oliver won’t give Malia’s skull a nice window. I half thought Morrell would bust in to save the day again, because that’s kind of her thing, but nope. Stiles gives the go-ahead and becomes the NogitStiles again. Malia’s head remains undrilled.

Back at the animal hospital Deaton, after saying he doesn’t read Japanese all that well, perfectly translates Silverfinger’s scroll. Turns out it can be expelled by changing the body of the host… like, say, turning it into a werewolf.

Or giving it a tattoo, maybe? Doing some bench presses, building up muscle mass? No?

We end the episode with Malia walking out of Eichen House on her way to find Scott. Because apparently strolling out of a mental institution is something you can do in Beacon Hills. Morrell told Malia she knew where she could find Scott, so it’s possible that she signed some sort of release form, but she’s still a minor, so it can’t be that easy.

Oy. Thinking too much about Teen Wolf makes my head hurt.