Loved watching this episode with a sick dad. 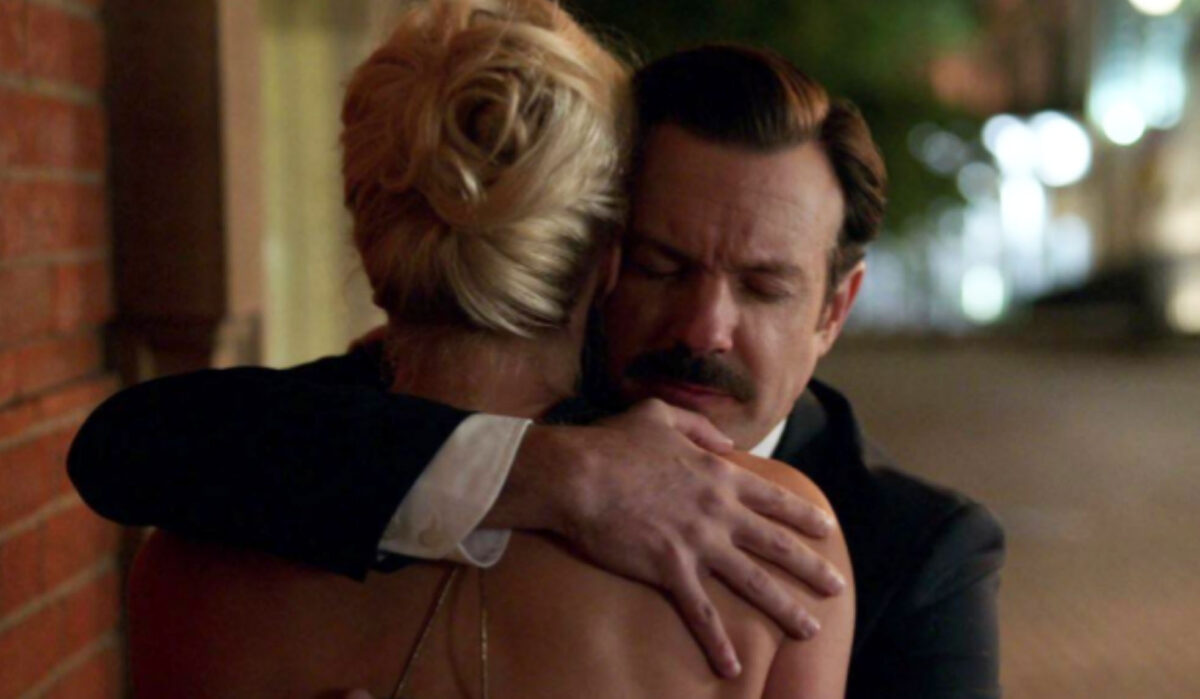 Ted Lasso may have just won big at the Emmys, but the most recent episode of the hit Apple TV+ show gave a spotlight to the complicated relationship that many of us share with our father, through two very different relationships. In “No Weddings and a Funeral,” we’re shown a look into how both Rebecca and Ted cope with things and the complications that come with dealing with our fathers.

It is a beautiful episode that unpacks grief, anxiety, and human connection, so let’s take a look at what makes “No Weddings and a Funeral” one of the best episodes of Ted Lasso yet.

**Spoilers for Ted Lasso season 2 episode 10 “No Weddings and a Funeral” lie within.**

Full disclosure: I have a sick dad. So, watching something about dads dying or dads being sick is a bit rough for me, so the minute Rebecca’s mother said that her father died, I knew I was in for a time. But in true Ted Lasso fashion, it was a mix of laughter and tears that brought home the importance of exploring what these relationships mean to us.

While Rebecca is at home and dealing with a grieving mother and trying to cope with her own hatred of her father, Ted is also trying to deal with his relationship with his father, who committed suicide when Ted was a teenager. While both Rebecca and Ted seem to have hated their dads, they also recognize that that hatred comes from a place of love for their parents that makes it complicated.

Ted tells Dr. Sharon all about the time his father read a book for him and gave him the rundown when Ted was a kid so that he didn’t fail a test he was anxious about. Rebecca breaks and tells her mother all about finding her father cheating and how it has made her angry ever since. The two of them, while different, are sharing their trauma through their anger and their upset but finding ways of moving on, and it is frankly the most relatable this show has ever been.

Maybe it’s because my dad is sick that I understood both Ted and Rebecca’s reactions, because when someone is gone, you’re supposed to grieve and lose that anger. I still have my dad, who I love very much, but because he’s sick, it’s as if we’re supposed to just forgive and forget anything we might have been harboring, so Rebecca’s anger? I get it. The same goes for Ted and thinking only of the end result and forgetting all the good things that he liked about his father.

It works, and it hit, and it is, frankly, the best example of how this show shines. We’re all different; we have different experiences and we cope in our own ways, and seeing how both Rebecca and Ted dealt with the loss of their fathers and seemingly understood each other without using words? It was emotional.

Losing a loved one isn’t easy. I’m lucky in that I still have both of my parents, but I have lost my grandparents and family I care about very deeply, and I understand both Ted and Rebecca in their reactions, and that’s what works with Ted Lasso. They understand their characters so fully, and I can’t wait to see how they continue to further the relationship that these characters all have with each other.