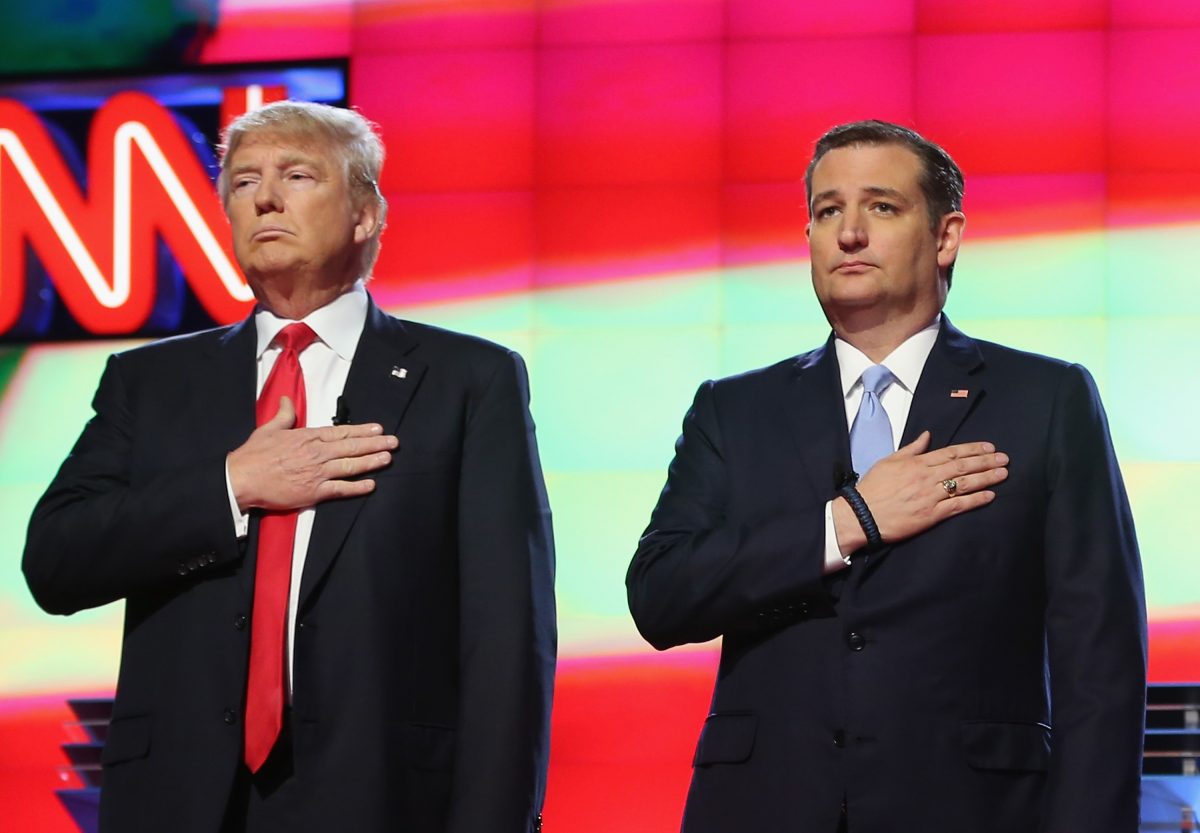 How much is it worth to embarrass both Ted Cruz and Donald Trump? Trick question: it’s priceless. As the senate race in Texas between Cruz and democratic challenger Beto O’Rourke grows more heated (new polls show O’Rourke trailing by just 1 percent), the GOP is sending Donald Trump to endorse Cruz at one of his rallies at, according to Trump, “the biggest stadium in Texas”.

I will be doing a major rally for Senator Ted Cruz in October. I’m picking the biggest stadium in Texas we can find. As you know, Ted has my complete and total Endorsement. His opponent is a disaster for Texas – weak on Second Amendment, Crime, Borders, Military, and Vets!

That’s right, Cruz is receiving a political endorsement from the same man who insulted his wife’s looks and claimed that his father was the Zodiac Killer. In fact, take a look at Trump’s tweeting history and you’ll find plenty of insulting tweets directed at Cruz himself. To highlight on this hypocrisy, USA Latinx, a political group dedicated to promoting Latinx candidates, launched a GoFundMe to put one of Trump’s Cruz-bashing tweets on a billboard. As they wrote in their GoFundMe bio, “We are planning to display the presidents own words about Cruz from 2016 on a mobile billboard, to remind Texans of the truth.”

Joining USA Latinx is Claude Taylor, the chairman of Mad Dog PAC, which works to fund billboards against Trump, the NRA, and the GOP on a national level. Also joining them is David Hogg, the Parkland student and gun control advocate. Hogg tweeted the campaign to his followers, and it quickly picked up steam. Soon, more people were responding with billboard mock-ups and suggestions.

Can someone in Texas get this on a billboard? https://t.co/Y5vhQDAW0d

So many wonderful selections to choose from… Thank you @POTUS pic.twitter.com/Q9dmuQr2AT

Please join ⁦@davidhogg111⁩ and I in supporting this local Texas fundraising effort to do this message on a mobile billboard. https://t.co/HD6TX8kUIG

The young people will win. https://t.co/ysb19ROKSv