Forget Edward and Jacob. Are You Team Riley or Team Harper? | The Mary Sue

Forget Edward and Jacob. Are You Team Riley or Team Harper? 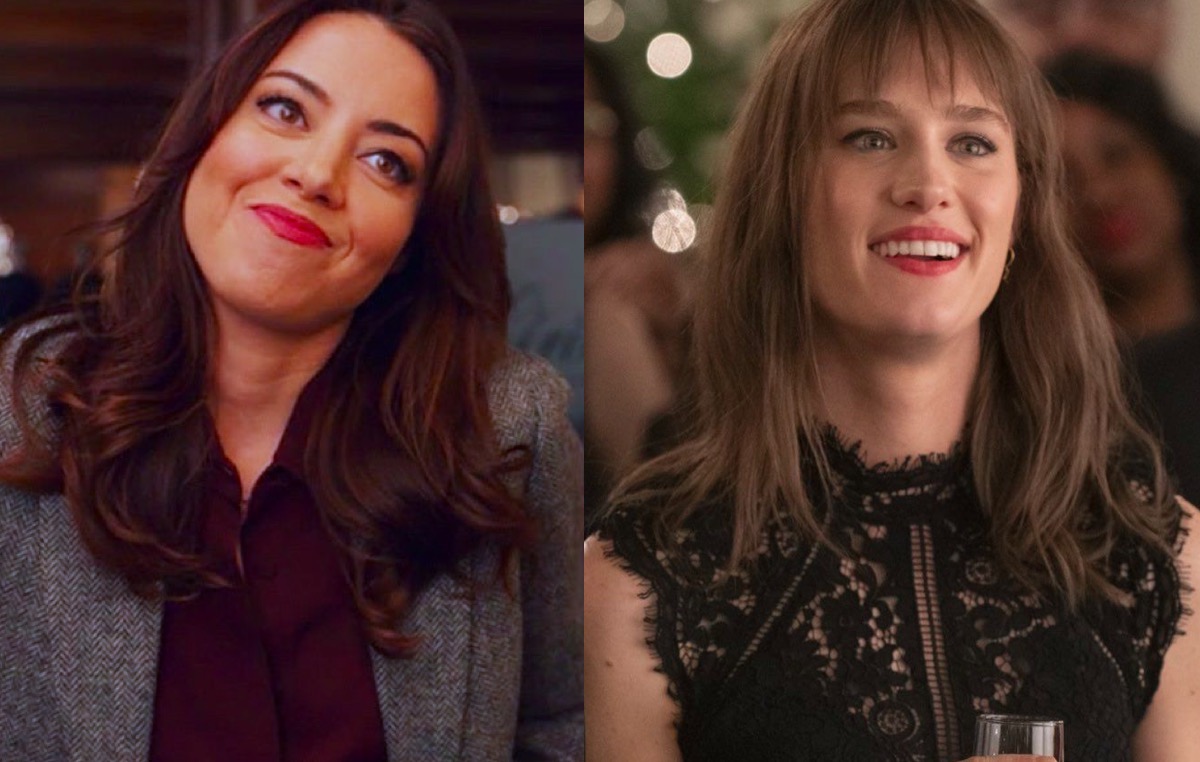 December has barely started, but the holiday movie season is already in full swing—with Netflix, Hulu, Hallmark and virtually every other streaming service rushing to churn out movie after movie to keep appetites stated for the whole month. Try as others might, though, there’s already one film that’s captured the internet’s attention, and it didn’t even come out in December. Happiest Season, starring Kristen Stewart and Mackenzie Davis, was released on Hulu over Thanksgiving weekend, and nearly instantaneously began a heated and passionate debate amongst fans: Are you team Riley, or team Harper?

If you haven’t already seen Happiest Season, a quick recap: The film stars Kristen Stewart as Abby, a young woman who had originally planned to propose to her girlfriend Harper (Mackenzie Davis) when they go home for the holidays. Abby, who lost her parents at a young age, has never been a huge fan of Christmas, but agrees (after some prodding from her girlfriend) to meet Harper’s family for the first time—only for Harper to hell her, moments before they arrive, that she hasn’t actually come out to her parents yet. Abby is understandably upset by the sudden revelation, but agrees to pretend to be Harper’s “friend” for a few days, as not to derail Harper’s father’s political campaign.

Happiest Season walks a fascinating line between your typical, run-of-the-mill cheesy holiday flick, and a surprisingly genuine and emotional tale of coming out and self-love, which is likely why it’s already broken records as Hulu’s most-watched original film. As great as the film is, though, it’s not exactly the movie itself that everyone is talking about. Instead, it’s the would-be love triangle at the movie’s core that has ignited some passionate debate—and some conversations that need to be had about coming out.

The film presents Abby as the protagonist and initially slates Harper as her bright-eyed and rose-tinted glasses-wearing girlfriend, but the further into the story we go, the more Harper’s character (and actions) come into question. Time and again, Harper is given opportunities to come out to her family, and reveal the true nature of her relationship with Abby, but she keeps refusing to do so, for fear that her family will reject her, or that she’ll jeopardize her father’s career.

It’s a difficult position for Harper to be in, because on the one hand, it’s incredibly easy to relate to her fear of rejection from her family, and her wanting to uphold the status quo. Coming out can sometimes be incredibly terrifying, especially if you’re not sure how your loved ones will react, so Harper’s reluctance to immediately reveal that she’s dating Abby is understandable.

On the other hand, though, there’s a certain point in the film where you begin to feel more pity for Abby than empathy for Harper—because as important as it is that Harper is able to take her time and come out on her own terms, each time she refuses to come clean, it’s a blow to Abby, her confidence, and their relationship on the whole. Just as it’s easy to understand why Harper doesn’t want to come out, it’s also even easier to sympathize with Abby—watching her get rejected again and again by the person she love most in the world is incredibly painful, and that duality makes Happiest Season a fascinating exploration of queer romance and coming out.

However, as controversial as the entire debacle is, I haven’t even begun to discuss what most people are talking about—the Harper vs Riley dynamic. “But wait, who is Riley?” you ask? Riley (played by Aubrey Plaza) is Harper’s high school ex. The two of them dated (both in the closet) prior to the events of the film, and when Harper and Abby come home for the holidays, they almost immediately bump into Riley. At first, it looks like the movie may be moving in the direction of having Harper and Riley rekindle their romance, but when Harper starts constantly denying her sexuality and shoving Abby aside, it’s Riley who’s there to pick up the pieces.

Abby and Riley can relate on a very visceral level. They both know what it’s like to date Harper, and they both understand the pain of being forced to hide who you truly are to please her. As the film progresses and Harper and Abby drift further apart, Riley and Abby drift closer together, and there’s a certain point when you begin to think to yourself, Wait, shouldn’t Abby just break up with Harper, and start seeing Riley? Even outside of the narrative of the film, Aubrey Plaza has much better chemistry with Kristen Stewart than Mackenzie Davis does, so even though they don’t actually get together in the film, I kind of found myself wishing they would—and I’m not alone.

But no, Harper ends up being outed by her viscous sister Sloane (Allison Brie), and instead of coming clean in front of everybody, she denies their relationship yet again. Abby, finally fed up, turns to leave, and just when it seems like they’re over, Riley steps in and helps to convince Abby to give Harper a chance. Of course, because this is a Christmas movie, she does, and the two kiss and make up, but there’s a part of me that wishes that isn’t how the ending played out.

It’s kind of hilarious how Kristen Stewart, yet again, stars in a movie where her character is at the middle of a hotly debated love triangle, but Happiest Season (either on purpose or unintentionally) created this year’s most talked-about romance—and it also happens to be one that centers around a queer coming out narrative. So where do you stand? Was Abby right to give Harper another chance? Do you wish she’d dropped her girlfriend and ridden off into the sunset with Aubrey Plaza? Have you not even seen the film? No matter your answer, it’s the perfect justification to give Happiest Season a rewatch (or first watch) this holiday season, and decide for yourself.