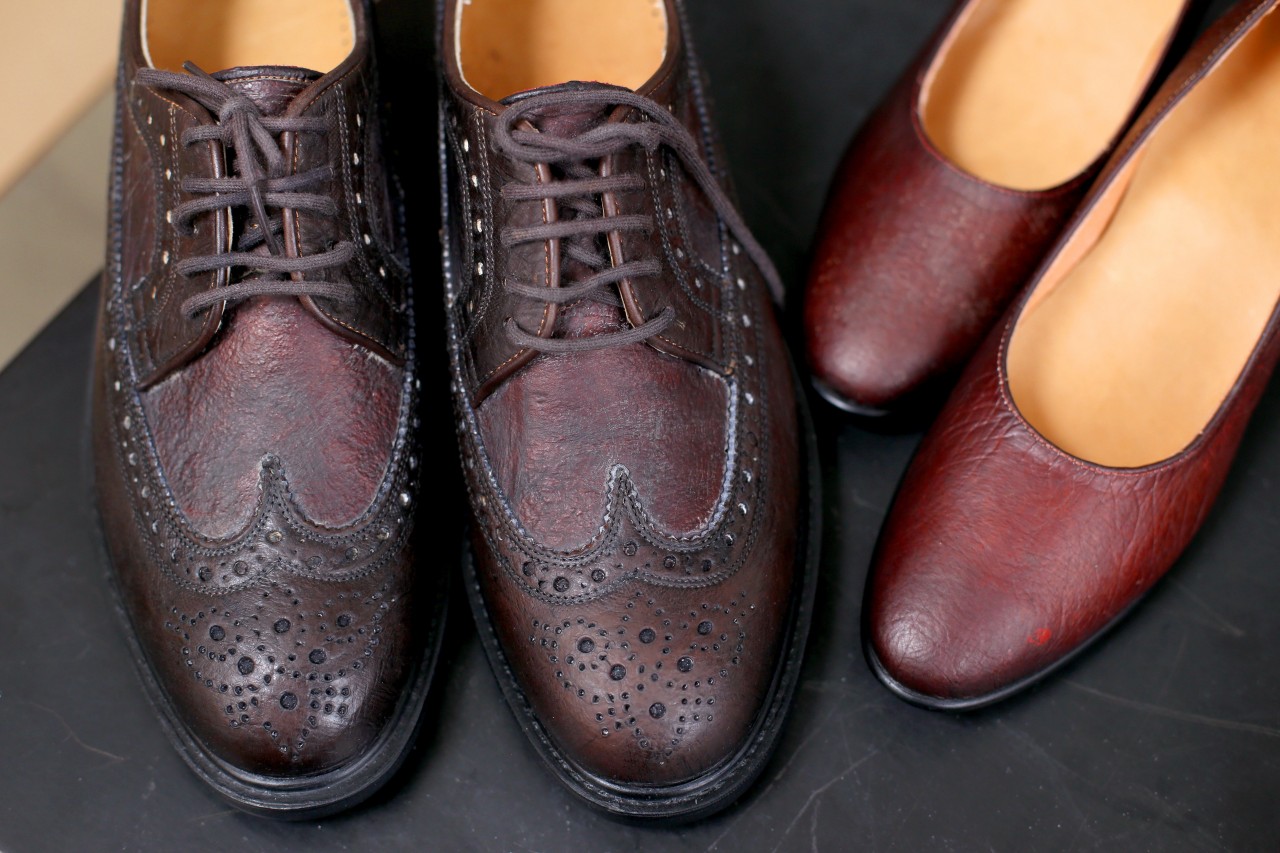 Researchers at Iowa State University have found a new potential method for creating sustainable clothing, and it’s tea. Specifically, it’s a byproduct from kombucha tea that otherwise would get composted, but instead, it can be modified into a textile that resembles leather.

Much like a cup of tea, this textile requires a lot of patience and care to make. The kombucha tea leftovers, which are cellulose fibers, must be left in the lab to feed on some vinegar and sugar. Then, some bacteria and yeast get added into the mix. Eventually, a material will form on the surface of the mixture. That material can get harvested and dried, then used to make faux leather that is 100% biodegradable.

Young-A Lee, an associate professor at Iowa State, has written at length about the importance of the discovery of this fiber and what it could mean to encourage more sustainability in the fashion industry. She explains,

Fashion, to most people, is an ephemeral expression of culture, art, and technology manifesting itself in form. Fashion companies keep producing new materials and clothing, from season to season, year to year, to fulfill consumers’ desire and needs. Think about where these items eventually go. They will take tremendous underground spaces of the Earth like other trash.

Lee is likely referring here to the problem of “Fast Fashion,” a cycle in which cheap clothes get produced by underpaid, overworked laborers. Then, the clothes don’t last, so they end up in landfills. Lee’s product could degrade into the soil, rather than take up space in a landfill.

What’s the downside? Unfortunately, the cellulose fiber doesn’t do so well with resisting moisture. I guess it makes sense that a product made out of tea might absorb water, but obviously, that’s exactly what you wouldn’t want your shoes and clothes to do.

The researchers are still working on a solution to this problem, as well as the issue of how long it takes the fibers to grow. Although the tea leather isn’t yet ready for mass production, Lee and her colleagues are confident that their research could eventually lead the fashion industry towards more sustainable textiles.