Why Do We Need More Women Journalists? This Excellent TCA Question Is A Perfect Example. 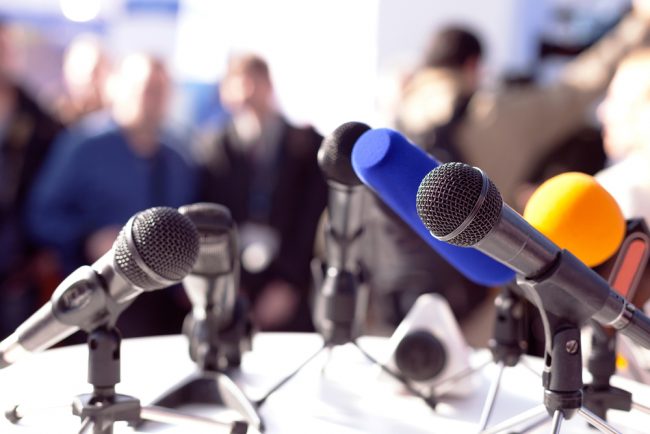 During the Television Critics Association’s 2017 Summer Press Tour, James Cameron, Robert Kirkman, and Eli Roth were on hand to discuss their contributions to the upcoming documentary series, AMC Visionaries. The series will serve as a year-round umbrella for new deep-dive documentaries like Eli Roth’s History of Horror and Rap Yearbook, as well as previously announced series like Robert Kirkman’s Secret History of Comics and James Cameron’s Story of Science Fiction.

Given that these series purport to “go[] deep into areas of fan passion” and “follow[] the DNA of these ideas back to the source,” Nerdist’s Alicia Lutes asked the important question: “Will the stories so often erased in these scenarios—that of women and people of color and other minorities—be showcased?”

Luckily, Cameron, Kirkman, and Roth actually had good answers for this one!

Cameron’s answer was admittedly the least specific, in part because his 6 episodes are tied to specific science fiction themes: “space travel and dark futures, dystopia, time travel—things like that.” However, he did say that “we want to have this thread of analyzing the interaction between science fiction and society” and discussed the ways that ’60s and ’70s science fiction gave women and people of color, like Ursula K. LeGuin or D.C. Fontana, a space for “breaking down social barriers, whether it was around race or gender, [or] the role of women in these future societies.”

Secret History will also have an issue titled “The Color of Comics,” which looks at the history of black characters in the comic book industry. The episode “touches on the creation of Black Panther, the Marvel character, and has a focus from the ’90s called Milestone Comics which was founded by a bunch of African American comic book creators to create characters that appealed to them and represented them.”

Roth’s documentary, newly announced, isn’t as far along as Cameron’s or Kirkman’s, but he emphasized that “you wouldn’t have horror without Mary Shelley and Frankenstein” in the first place, so women are an integral part of horror history. He also pointed out the contributions of George A. Romero and the way horror lets us look at racism, and listed his ambitions for including women horror innovators on the show. “I want to get Catherine Hardwicke, I want to get every single Caché—any kind of and all of the women—any women that’s directed a movie,” he said, “because there’s a lot of fantastic entries, certainly Slumber Party Massacre, there are a lot of films people don’t know were directed by women that were slasher films that were their sort of comment, they were actually feminist movies.”

I recommend you check out Lutes’s full article over on Nerdist.

But I also want to point out that this sort of question – which keeps showrunners accountable, ensures that the final series are more historically accurate and inclusive, and makes it impossible for white men to erase other demographics from history – is so, so important for journalists to ask. It may seem small, but if directors and producers expected this sort of question from every press tour, they’d be a lot more dedicated to making inclusive art. It’s true that women and minorities are not the only ones who can ask these questions; white men can and do hold each other accountable for racism and sexism. But it’s also true that all-white or all-male groups of journalists can more easily forget to ask important questions, recognize problematic content, or advocate for oppressed groups.

Lutes deserves credit for bringing this important question up, especially in a world where women can be seen as aggressive, whining, or divisive when they raise concerns about diversity and inclusion. She kept these showrunners accountable for accurately representing their genres and recognizing the accomplishments of marginalized innovators. And, hey – it even left me more excited about these documentaries!

(Via Nerdist; image via Shutterstock)