Did Sophie Turner Confirm That Taylor Swift is Playing Dazzler in X-Men: Apocalypse? Or is This Just Wishful Thinking?

#FBF that time Cyclops and I went shopping at the mall and found our favorite singer’s album (pre 1989, of course) pic.twitter.com/BherKQbE4Z

Yesterday, X-Men: Apocalypse‘s Sophie Turner may have fanned all the fandom flames in one tweet.

She tweeted the above photo, and it would have been just another shot from the set of Apocalypse were it not for the parenthetical (pre 1989, of course). Now, Apocalypse does take place in the 1980s. What’s more, a fan responded under Turner’s tweet by pointing out that the album cover Cyclops is holding up is an illustration of Dazzler from 1983, done by Bill Sienkiewicz:

However, the Twitterverse remained a-flutter over Swift’s possible involvement thanks to this previous photo from the set that Turner posted a while back, showing that Swift was on-set, reported by Collider:

And, of course, there’s this: 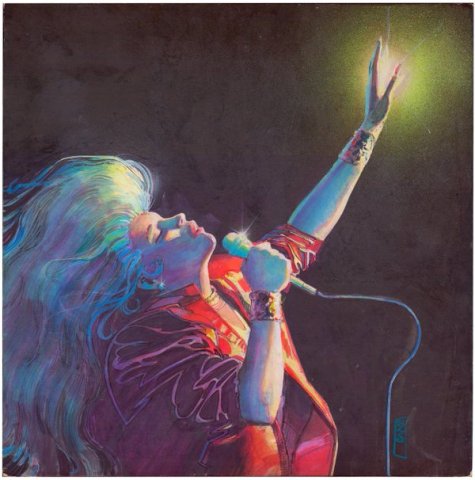 I mean, it’s not completely implausible, right? How would you feel if T-Swift made a special cameo as Dazzler in X-Men: Apocalypse? Is this a casting move from your “Wildest Dreams?” Or would this put some “Bad Blood” between you and the X-Men franchise?

Sorry. I couldn’t help myself.