Thunder Force’s Taylor Mosby Spoke to Us About the Importance of Her Character, Tracy 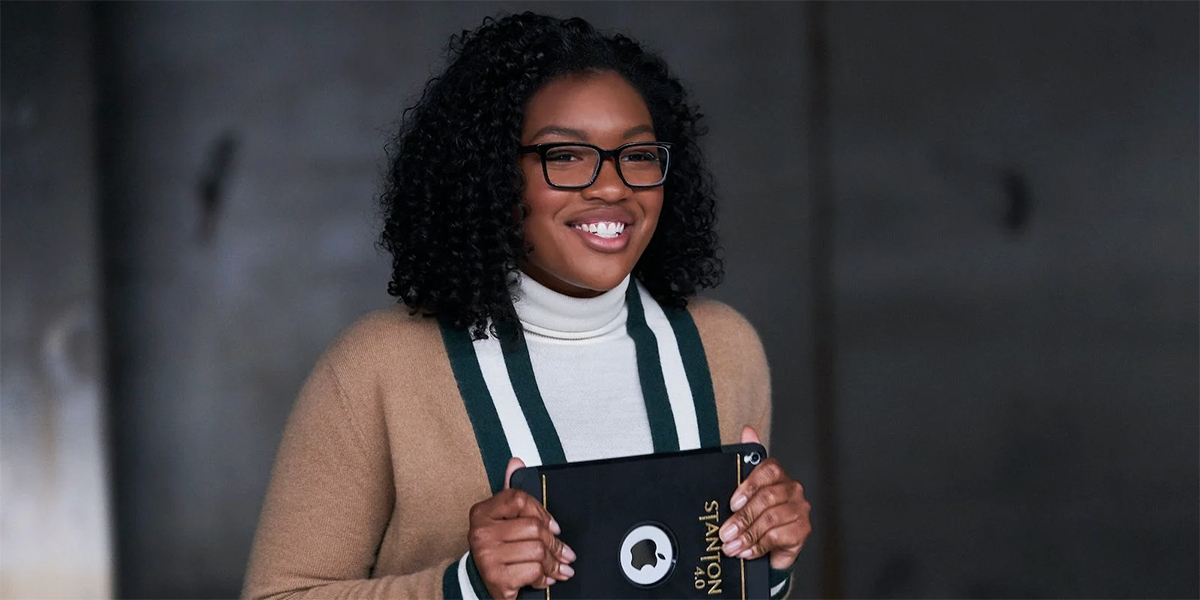 Netflix’s Thunder Force is a fun new look into the world of superheroes. When the world is filled with superpowered bad guys, it takes two childhood friends using their strength and powers together to try to save the world. Starring Melissa McCarthy, Octavia Spencer, and an all-star cast of comedy giants, it’s fun for every superhero fan out there.

Talking with Taylor Mosby, who plays Tracy in the movie, it was clear that she loved bringing the brilliant teenager to life onscreen and uses her platform on social media to bring awareness to social justice issues.

THE MARY SUE: So, I really liked Thunder Force. That was very fun. And with Tracy, especially, it was really cool to see such a young character kind of be so confident in herself and have her own storyline. And throughout the whole movie, she never really questioned who she was. She kind of was just this smart girl who is also still a teenager. And so I want to know what drew you into Tracy as a role and what you liked about playing her?

TAYLOR MOSBY: I appreciated the fact that Tracy did not have to announce what she was into. You know, I think that there’s a lot of film and media where if somebody is smart, if somebody has multiple things going on with them at the same time, this good-looking girl, maybe she’s confident and she’s smart at the same time, it has to be announced. All of a sudden she stands out from the crowd, and so I’m normalizing it. It’s just, it can be something that exists all the time. It doesn’t have to be this astounding once-in-a-lifetime experience. There are many girls like that. And I, I like the fact that she doesn’t have to give a disclaimer for herself when she enters a room.

THE MARY SUE: Yeah. And what I really liked as well is even when she’s called a nerd at one point, it’s like, no, she’s not a nerd, she’s smart. And it was just like shot down, this kind of a negative connotation that we give to smart girls in particular with labeling them as nerdy in a bad way. And so what I really liked about your portrayal, in particular, is she felt like she was still a kid, too. Like, she’s playing Fortnite and she’s enjoying herself. And she’s like, “Yeah, I’m 15, but I also already graduated from college. Cause I’m so smart.” And so when you’re approaching that, as an actor, is that something that you have to like take into consideration that like, yes, she is the super-smart kid, but she’s also 15 and she’s trying to have fun in the midst of working at this company with her mother?

TAYLOR MOSBY: It’s something that I definitely had to remind myself of, because each moment with Tracy is different, and sometimes she’s the one running the show. Okay. She’s getting all the clicks. You know what I mean? She’s running, she’s the person running the control board. Okay. Mom, go here, here, here, here. Okay. Let me go watch out for this going over here. And then a couple of scenes later, she’s in her room playing video games and eating chips with her friends. And so I just have to remember that there’s a balance in her. She holds many people within herself, and as an actress, you just have to master all those people and then blend them into one, and then different parts of Tracy can jump out when it’s needed.

THE MARY SUE: I mean, this movie is intimidating in general because of all of the huge names that are in it, but you are also not shy. Like, you’ve worked with Tracy Morgan and Tiffany Haddish. And so when you’re coming into a role like this with people like Melissa McCarthy and Octavia Spencer, do you have that sort of fangirl moment where you’re like, “Oh my God, all of these huge comedians,” or do you kind of just go, “Nope, these are characters I’m interacting with”?

TAYLOR MOSBY: I do get star-struck. I mean, I did when I first got there, no lie. I was just sitting there trying to be cool because I was just getting my makeup done. It was the first day, we were in the makeup trailer. And you know, Ms. Octavia, Ms. Melissa just walked in. I was ready to have my first impression, like do the whole actor thing. And they just walked in and asked me how I was doing if I wanted a bagel. So it was a moment for me where I had to realize, okay, maybe you’re here for a reason. You know, these are the people that you’re going to work with and make magic with them, make a vision come to life. At the end of the day, this is what you’re here for. So with that said, the chemistry was organic from then out because I wasn’t trying to be something, they just let it happen. And we had a good time together.

THE MARY SUE: Yeah. And what I think is really cool, especially about you, is you are so young and I was looking at your Instagram and I was floored by like how very vocal and honest you are about social justice. And I think it’s really incredible to see because there are so many celebrities who tend to not use their platforms accordingly or at all. And so I wanted to know like, is that something for you that you think is really important to like use the voice that you have in Hollywood to kind of stand up for what you believe in?

TAYLOR MOSBY: Here’s what I remind myself. Right? I have not always had these people coming to ask questions about movies I’ve been in. Obviously, this was a goal to get to this place and, you know, keep going and learn and be a part of something that I love doing. But because this is not an opportunity that everybody has, you have to speak for the people who don’t get the platform. You can’t be representation for people without actually representing who they are. It does matter to have, you know, surface representation like the skin, the type, the hair, everything, but there’s a gap right now. I feel like we have to acknowledge the overlooked, the real underdogs. There are people that really have had generational trauma. And this is a time where you have access to the entire world from an app from a screen. And I just feel like we could use it. It’s one of those things where it’s like, if Paul Revere had Twitter, you know?

THE MARY SUE: This movie is very fun. And so in that spirit, what was the most fun part of getting to work on Thunder Force?

TAYLOR MOSBY: There were so many good parts. We had so much fun all the time. In fact, when we wrapped, everybody was crying, it was such a good time. Wow. The most fun I had was definitely … There’s a scene in the movie where we start playing the theme song. I can’t remember exactly where it happens, but it’s the Thunder Force, Thunderstruck thing going on. That was so much fun because they were actually playing like these songs for us to dance to. And just everybody was just having a good time. Somebody would hit play. And we would all just start dancing for like 10 minutes. Like, are we filming a movie? Or we just having fun? It was really good, though. It was just a really good moment for everybody to relax and have a good time. And it was, it was a moment that you … forgot you were working and it was great.

You can see Thunder Force on Netflix now!