I’m a skeptic about the field of biopics, especially concerning people who are still alive and well. There’s only so much real-life mythologizing that we can get away with when the subject of the film will be on the red carpet come premiere night. So I wasn’t sure what to make of Rocketman, the planned “musical drama” about Elton John, which cast Taron Egerton as an unlikely John. But this featurette looks promising.

Egerton, who is best known as Eggsy in the Kingsman movies, is a charming actor. Yet it was difficult to envision him as Elton John until now—I’d only ever seen him in impish action-hero mode. The featurette highlights Egerton’s singing prowess and emphasizes that it’s really him belting out John’s iconic songs throughout the movie. Producer Giles Martin wants us to know that John declared, “I don’t think I’ve ever heard anyone sing my songs better than Taron.” That’s quite the endorsement, and Egerton works hard to sell it.

Further, the cast looks promising: Bodyguard‘s Richard Madden will be playing John’s former manager and lover John Reid, and Jamie Bell (the original Billy Elliot, Fantastic Four, The Eagle et al) has some long shaggy locks as John’s longtime lyricist and collaborator Bernie Taupin. Bryce Dallas Howard is here as John’s mother Sheila Eileen, presumably for flashbacks and/or with the help of a lot of Hollywood makeup magic. Sheila and John had a tumultuous relationship, but at least Howard is spared any Jurassic World dinosaurs to run from for once. 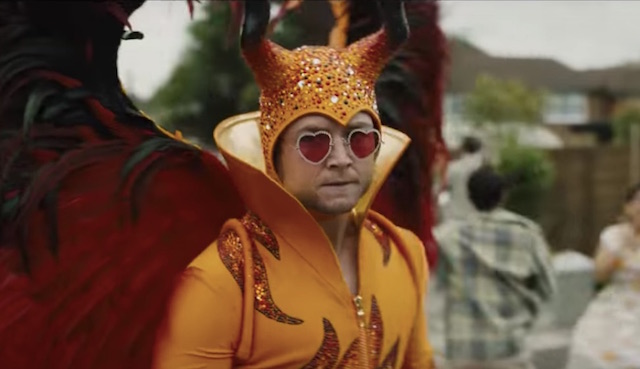 Add to all of this the compelling mystery of what the movie really is. The tagline on its poster reads “based on a true fantasy,” and Egerton has explained that while the plot tracks big moments in John’s life, it seems to lean into fantastical elements and isn’t going for nitty-gritty truth-telling. Per /Film:

Everything I’ve heard about Rocketman so far has hinted that it’s not going to be your typical musical biopic. “We are making a movie called Rocketman about Elton John’s formative years,” star Taron Egerton previously said. “Everyone thinks it’s a biopic. It isn’t. It’s a fantasy musical so it’s actually his songs used to express important beats in his life at emotional moments. He’s not the only character that sings. It’s going to be fun.”

I might need to amend my previous biopic reservations because this is, ahem, a fantasy musical. And if any entertainer’s life might lend itself to such a nostalgic candy-colored and hopefully exceedingly queer dream, it’s John’s. The larger than life feather-wreathed rock star theatrics are already baked in. And then there’s the music. Don’t tell me you don’t feel anything watching the featurette when Tiny Dancer kicked in. You’re lying.

It’s clear that Egerton has undergone a physical transformation into John, down to the teeth, and I’m sure he learned a lot about John’s mannerisms when the two worked together in Kingsman: The Golden Circle. There’s a sort of good-will vibe surrounding this movie that feels like the polar opposite of Bohemian Rhapsody, which unfortunately had the miasma of director Bryan Singer to contend with. In fact, Rocketman director Dexter Fletcher was the one tapped to step in to finish Bohemian Rhapsody after Singer was fired for his unprofessional behavior. Presumably, Fletcher proved to the studios with Rocketman (and his own professional behavior therein) that he could be trusted to help Rhapsody wrap up.

“It’s been the greatest joy of my professional life, making this film,” Egerton says earnestly, and I find myself believing him. I’m not a sappy person, but Rocketman appears to be crafted with affection and some excellent visuals (and audio). Whether a cohesive story can be drawn from it remains to be seen—if the point of it is any kind of cohesive story—but I’m holding out hope that this movie will be as fun as it looks at first glance.

One more glance at this these guys: 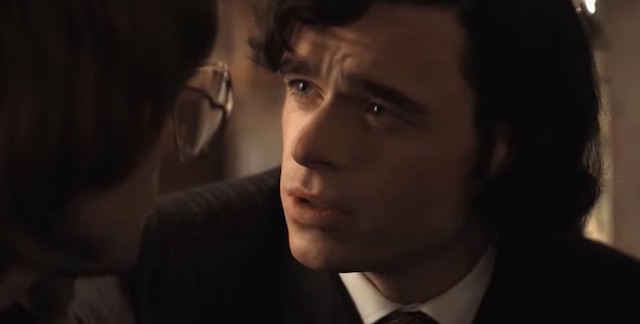 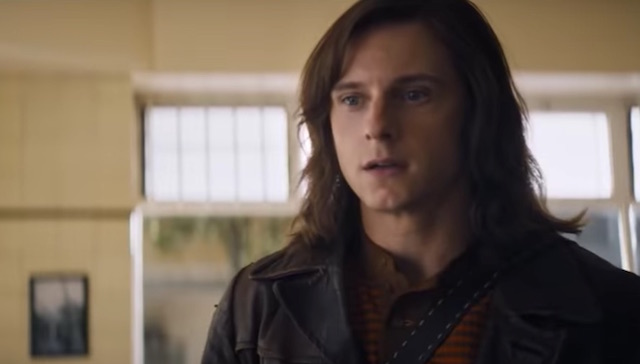 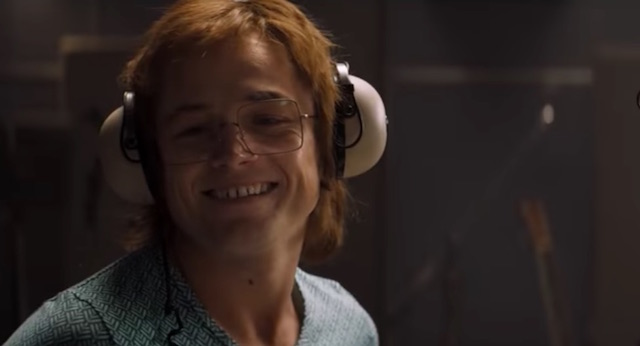