Taraji P. Henson Set to Erase the Memory of Mel Gibson by Starring In What Men Want 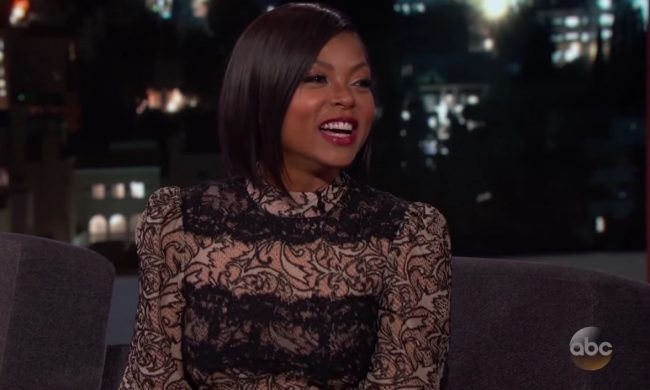 I am here for anything Taraji P. Henson-related, but I have to admit when I first heard that she was set to star in What Men Want, a Paramount remake of the Nancy Meyers rom-com What Women Want starring Mel Gibson, my first instinct was to get hugely annoyed.

After all, CAN’T HOLLYWOOD JUST TELL FEMALE STORIES WITHOUT NEEDING TO RE-DO PREVIOUSLY MALE-LED SOURCE MATERIAL? WE HAVE STORIES THAT ARE OURS TO BEGIN WITH! MAKE THOSE! But then I remembered my own opinions about reboots and remakes in general, that in them lies a huge opportunity to course correct, and make up for previous mistakes for modern-day audiences.

If you don’t remember, the original 2000 What Women Want starred Mel Gibson as a confident chauvinistic male who suddenly acquires the ability to hear what the women around him are really thinking … which made him better at landing the ladies. According to Deadline Hollywood, “the new version follows a female sports agent (Henson) who has been constantly boxed out by her male colleagues. When she gains the power to hear men’s thoughts, she is able to shift the paradigm to her advantage as she races to sign the NBA’s next superstar.”

Reasons this makes me happy:

In its day, What Women Want was “progressive,” because it depicted a man who learns that he actually needs to care about women’s needs and desires if he wants to succeed in life. An updated version in which a woman of color uses her man mind-reading skills to get ahead in her career? I can totally be down for that.

The title is a bit unfortunate. While I know that it’s important to have it be close to the original title to reference that it’s a remake, calling something What Men Want just makes me want to respond with, “Haven’t we cared about that long enough?” However, knowing the premise of the actual story lessens my fears, and gives me hope that we’re going to see something awesomely feminist with one of my favorite actresses in the lead.

Henson will also be executive producing along with producers Will Packer and James Lopez. There’s no word yet as to who will be on writing and directing duties. My hopes skew female, of course.