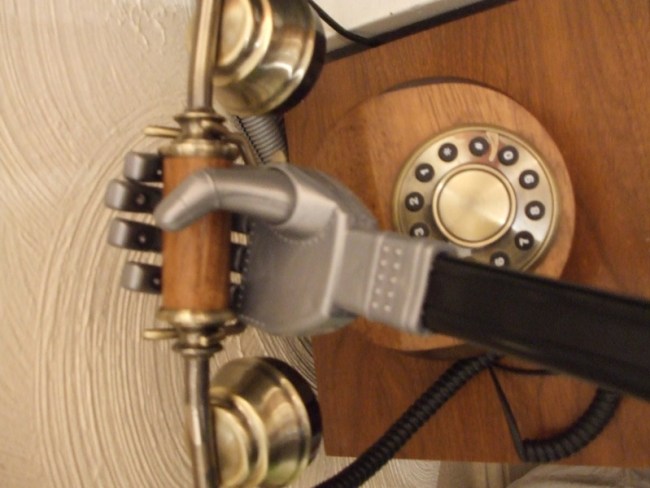 One of the supposed hallmarks of living in the future is that we’re all supposed to have robot friends and, naturally, we’re supposed to comfortable with conversing with said robots. That’s been a long process; for example, we still have to create guides to figure out how best to communicate with assistant AIs like Siri. But, according to a collection of data put together by Forbes, we’re not nearly so annoyed about talking to robots as we used to be. Practice makes perfect, after all!

Forbes’ report focuses on the rise of chatbots in customer service. One reason why people aren’t as annoyed to hear a robot on the other end of the line as they might have been a few years ago is that some robot employees have decreased the average time spent on a bureaucratic call. Everybody wants to spend less time dealing with administrative chores, and if a robot is helping to speed up that process and ensure we get the info we need, great!

More importantly, having robots assist with call triage at call centers helps the human employees as well. Sure, these robots are “taking away jobs,” but they’re taking away a job that already has a high turnover rate of 45%, not to mention high rates of burnout, attrition, and employee unhappiness. Allowing a robot coworker to do the most annoying parts of the job, such as the repetitive task of sorting people into the right departments to address their complaint, just makes sense.

Although we might all complain to one another about talking to a robot instead of a person on the other end of a customer support line, it turns out that in practice, we’re just as willing to open up to a robot as a human … if not more so! Some research shows that people are more likely to be candid about their problems, as well as reveal personal information, when they know they’re talking to a robot rather than a human.

Seems like we’re more likely to trust a robot, at least in some ways, probably because we believe they can be “objective.” Not true, by the way, since robots are programmed by humans, and goodness knows we’re not objective and our programs aren’t either—but, robots do still have us beat when it comes to compartmentalizing problems.

All of that still doesn’t mean we’re comfortable with building long-term robot friendships—at least, not yet. In spite of the rise of business-minded chatbots on Facebook and various other messaging platforms, there hasn’t been any one mega-popular chatbot who has risen to the top of the heap and gained a ton of new human pals and/or fans. You’d think that we would all want to make friends with a weather robot, at least, … but, apparently, nahhhh. We’ll totally talk to robots when we meet them, but we don’t seek them out.

That is, unless you’re a robot super-fan, like me. If you think you’d like to make some robot friends, too, I created this list of friendly bots that I like, whose company you might also enjoy! The great thing about all of them? None of them are trying to sell me anything. I like that in a friend.

(via Forbes, image via Dan Hodgett/Flickr)