How To Get Siri to Listen To You: A Cheat Sheet 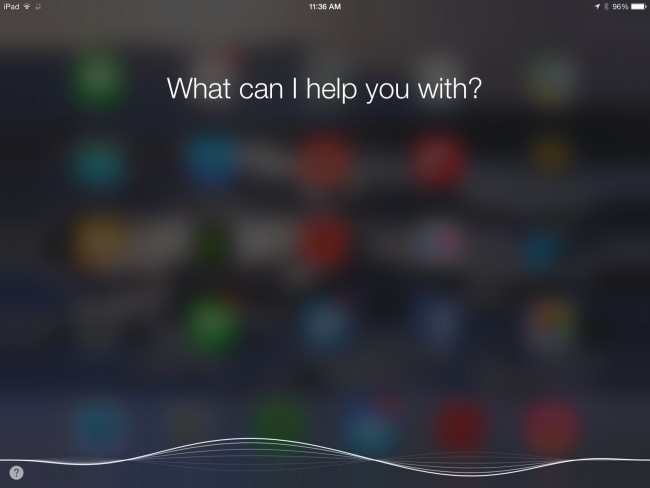 Sometimes, talking to your iPhone yields very impressive results. Other times? You just feel like a fool, trying various phrases until you finally give up and type in what you need manually. As far as digital personal assistants go, Siri is quite the well-rounded helper–but just like a real-life assistant, Siri will only do what you ask if you have good communication skills.

Unlike a real-life assistant, though, Siri’s demands are binary. Either the phrase you’re saying is in her personal guidebook of commands, or it isn’t. It’s entirely possible she can do what you’re asking, but you just aren’t phrasing your request correctly. But how could you possibly guess which phrases she’ll understand, and which ones she’ll ignore every time? Of course, iOS gives you some clues about what Siri will grasp, but we were well overdue for a more comprehensive guide. At last, our wishes have been answered.

Hey-Siri.io is a massive Siri cheat sheet created by a developer named Sandro Roth; it’s chock full of the different commands that Siri will respond to on iOS and on a Mac. The Hey Siri project also has a Twitter account and a feedback form for submitting any questions and problems. The project doesn’t appear to be affiliated with Apple, instead relying on Roth’s labor and community support; the webpage solicits donations as well, which makes sense, since it’s obvious even from a quick look that a ton of work has gone into the project.

The Hey Siri website currently catalogues 489 different commands that Siri will accept, including 1204 variations on those commands. The site only includes 2 languages so far, but again, it’s a work in progress. The site is also divided into 35 different categories, such as “Find My iPhone” and “Alarms” and “Math” and all the other types of tasks that Siri can do for you. There’s a search function on the site as well, if you need to find a specific phrase or word quickly and find the best way to ask Siri about it.

It’s pretty wacky that the future has necessitated the existence of a database in order to help us better communicate with an AI assistant, but … well, here we are! This website is super helpful, and it also showed me a whole lot of new tricks that I had no idea Siri could do. She’s really been holding out on us … but I guess that’s just because I wasn’t asking her the right questions, hm?

(via Engadget, image via Ted Drake/Flickr)