Tag yourself! I'm the daughter who was like, "I'm gonna use scissors." 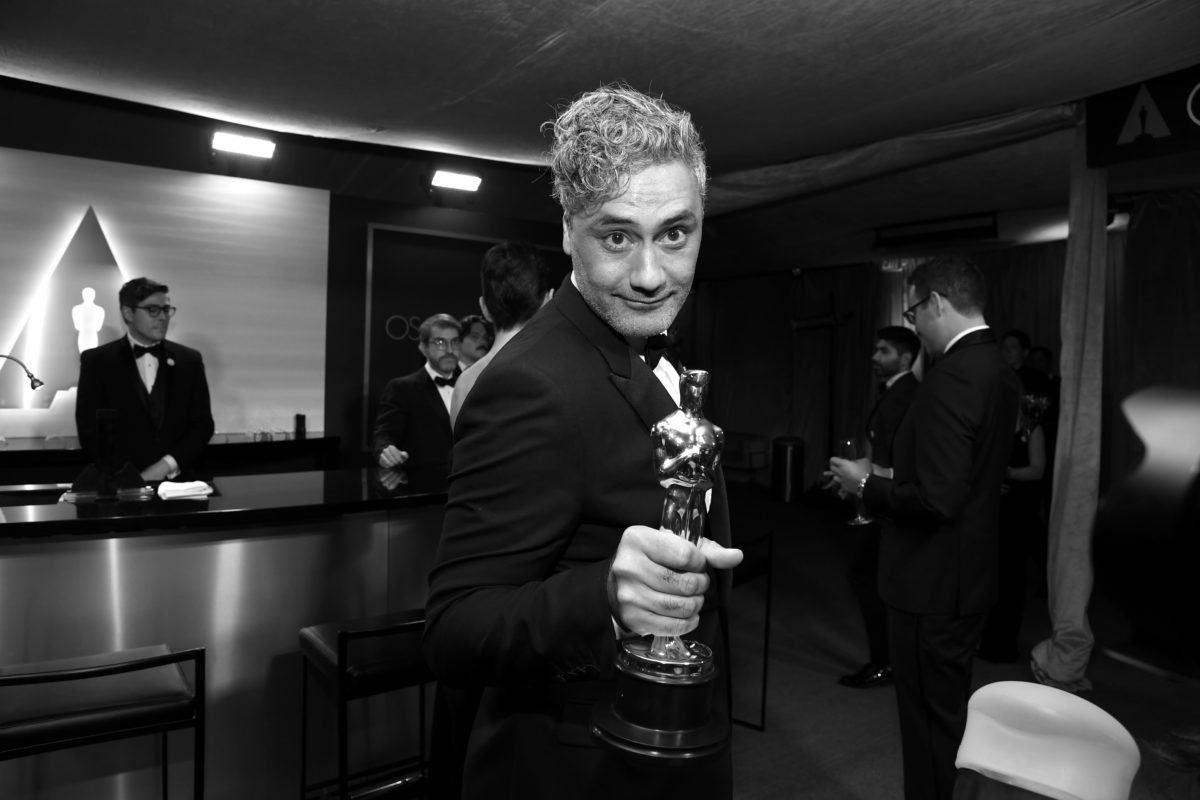 For whatever reason, we’re at the stage of quarantine where celebrities start shaving their heads—or, at least, that’s what happened on Taika Waititi’s live stream last night. Taking to Instagram to talk to fans (or so we thought), Waititi decided to let his two young children shave his head, and it was truly the exact amount of chaotic mess you’d expect.

Te Hinekāhu and Matewa Kiritapu are Waititi’s two daughters/wonderfully talented hairdressers. The live stream started with Waititi letting them shave down the sides of his hair, but the problem with letting a 7-year-old and a 4-year-old go to town on your hair is that they’re not going to want to just shave the sides. So … they didn’t.

At one point, Matewa Kiritapu decided she just wanted to use scissors instead of the electric clipper they started with, and just came walking right up to him with scissors in-hand and started cutting away without a care in the world—a mood, if you will. But while the three separate live videos were just pure chaos, it was the kind of distraction that everyone currently needs.

Now, Taika Waititi has a shaved head and face, and luckily, his eyebrows survived the fight. (I truly was so afraid they were going to just shave his eyebrows off for fun.) And Twitter collectively screamed about it, along with Ryan Reynolds and Pom Klementieff.

Taika Waititi finally figured out how to go live on instagram after asking him for ages to do it .. and he let his kids cut his hair .. DONT TOUCH ME pic.twitter.com/kfpDZI37Gn

Taika Waititi just let his kids shave his hair off in an instagram while I was ASLEEP????? pic.twitter.com/j0u9vfWYoT

taika waititi letting his daughters cut his hair on an instagram live was *chefs kiss* pic.twitter.com/ZeVj9ek0cI

. @TaikaWaititi letting his kids hack his hair like it’s a hedge. #homeschooling pic.twitter.com/xUNogScNrL

“Oh my god that actually cuts his hair!” 😂😂😂 @TaikaWaititi pic.twitter.com/sg4GFChw5J

Taika just let his kids shave and cut his hair on IG live and I’m dead and gone. pic.twitter.com/dQ1Kztpz1W

taika waititi out there getting his hair cut by his kids on instagram live, i love this man pic.twitter.com/QP4WTeIZDx

So maybe let your kids shave your head! Or run at you with scissors! I don’t know! The world is chaos! There are no longer any rules!