Taika Waititi in His Thor: Ragnarok Motion Capture Suit Is a Beautiful Sight to See

Nothing but respect for MY 'Sexiest Man Alive' 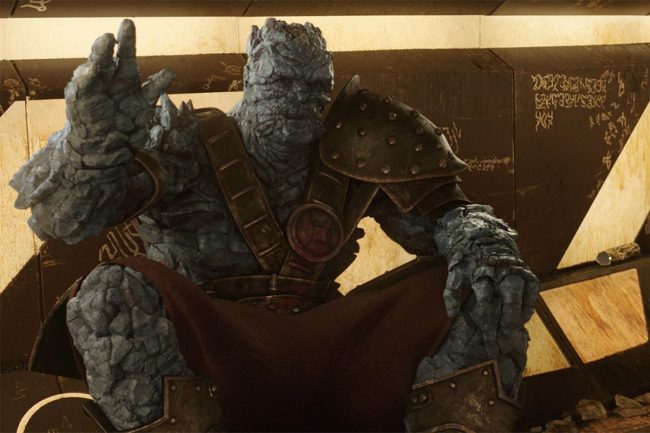 In addition to directing Thor: Ragnarok, one of the greatest superhero movies of all time, Taika Waititi also appeared onscreen in the film. I assume you all know this, but there’s no shame if you missed him, since he didn’t exactly look like himself. Waititi played Korg, the amiable revolutionary made of rocks.

Earlier today, set photographer Jasin Boland posted a behind the scenes look at how Korg was made.

HOW DOES TAIKA WAITITI MAKE EVERYTHING WORK THIS WELL? We’ve seen him rock (YES, PUN INTENDED) some amazing outfits, and the man looks good in literally everything, including, apparently, motion capture suits.

Let’s not overlook the fact that in addition to however difficult it must have been to give such an endearing, hilarious performance in this suit, he was also directing at the same time. He would like us to not forget that, please.

Perfect body meets perfect face meets what the fuck are you wearing. Try directing when you look like this. https://t.co/CEMrG0ygZj

People Magazine, if you would like to reconsider your choice of Blake Shelton as Sexiest Man Alive, I bet Waititi would accept his rightfully earned title.

Over on Boland’s Instagram, there’s a shot of Ruffalo in his Hulk suit, too.

In fact, Boland’s page is a rabbit hole of delightful shots from Ragnarok, as well as other films he’s worked on, with plenty of Waititi awesomeness. I apologize for your inevitable decrease in productivity for the rest of the day.