In 2018, watching an all-male directors panel and coming out of it feeling like they are three men you can trust is rare and brilliant when it happens. 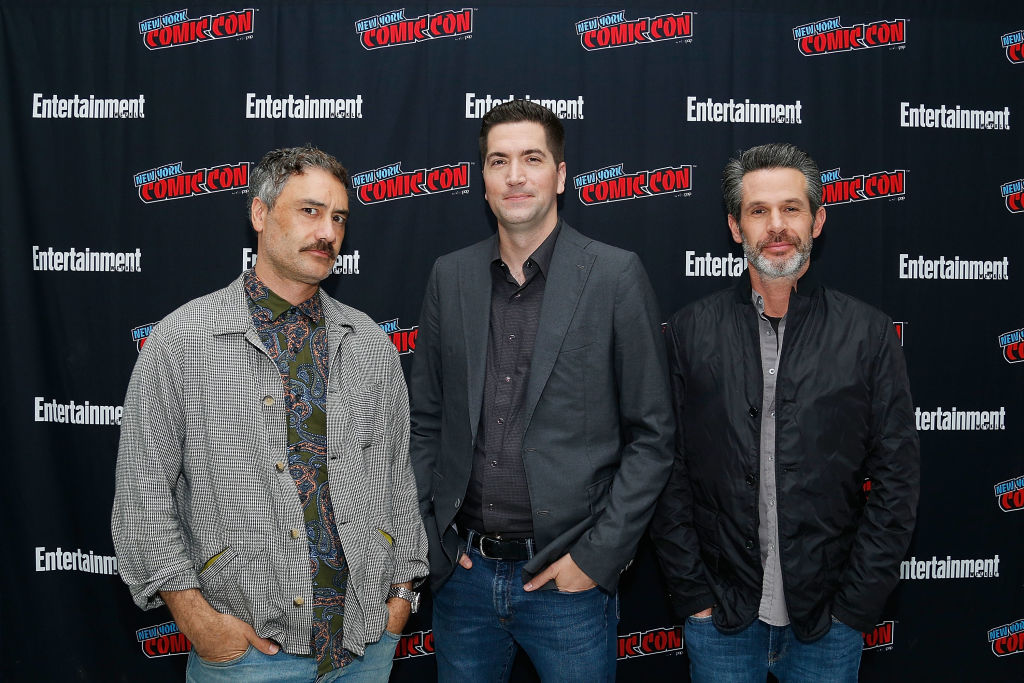 It’s easy for us to be skeptical of an all-male directors panel in 2018, especially when that panel is about being “Visionaries,” the official title. That being said, listening to Taika Waititi, Drew Goddard, and Simon Kinberg talk about what has inspired them and how they got to where they’re at in their careers was a surprising delight.

I went to the panel primarily because of Taika Waititi. He’s been an inspirational driving force in my life for quite some time, so I wanted to hear him talk about what brought him into the entertainment business. Simon Kinberg (Dark Phoenix) was a new addition to the panel as Robert Rodriguez had to cancel. And I hoped to hear more about Drew Goddard’s latest mysterious movie, Bad Times at the El Royale.

Listening to Simon Kinberg talk about his upcoming spy film with Jessica Chastain, which is said to star a diverse female cast, was promising. Simon watched as the room cheered for his idea and said that’s why he knew it was a movie that needed to be made. We were instantly on board with the spy movie because it’s something that we, as women, want to see ourselves reflected in and given our own narratives. We don’t need to be Jane Bond; we can start out own kickass franchises.

Watching Taika Waititi answer questions was incredible because it’s Taika. He went on a tangent about how he shaved his beard into a mustache and then went on another tangent about holidays. Why? I still couldn’t tell you, but it was just lovely to see how funny and charismatic he could be. Our Kaila Hale-Stern attended the What We Do in the Shadows TV show screening, and she loved the first episode. With Taika and Jermaine Clement returning to their vampire roommates comedy as producers, we know that it’s being steered in the right direction.

Bad Times at the El Royale and Cabin in the Woods director Drew Goddard was refreshingly honest and forthright about his career. These were three men who just appreciated the work they were doing and when the topic shifted to a more feminism-positive nature, there wasn’t a cringy moment—they were enthusiastic. When you see Bad Times at the El Royale, you’ll see how powerful Goddard writes and directs his female characters to be.

So often, we watch men talk about diversity in film or telling female stories, and it feels like they’re trying to win a prize. That never came across with Drew, Simon, or Taika. The three were just open and willing to tell stories that compelled them and this openness, in turn, made them seem genuine.

The panel was especially great because it also centered around the work that inspired them and they just all talked together—a natural ease is always so much more fun to watch than formal, over-moderated affair. Taika Waititi brought up his love of Flash Gordon, and the panel all connected it to his work in Thor: Ragnarok. Everything about “Visionaries” just felt like a great talk; it was incredible to emerge from an all-male directors panel and feel like there are many worthy allies to be found even in the less diverse pockets of Hollywood.

Considering we were mired in Brett Kavanaugh’s confirmation nightmare at the time, this panel was a blessed relief. Maybe next year we’ll have a woman or two or three on that “Visionary” stage, though? Just a thought.

Overall, I left inspired to watch more of the work mentioned above and see what they’re bringing us next. Simon Kinberg’s latest is Dark Phoenix, Drew Goddard’s is Bad Times at the El Royale, and Taika Waititi is working on his What We Do In the Shadows TV series and the film Jojo Rabbit.