You need some Deep Thought for this one. 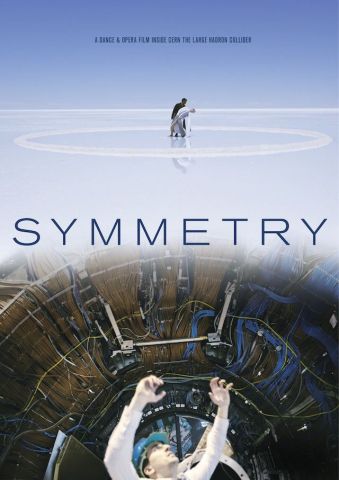 When you think of CERN’s Large Hadron Collider you probably think of science, not opera or dancers in hardhats. But filmmaker and media artist Ruben Van Leer’s Symmetry might change all that.

Leer’s film uses the Collider as a stage, and tells the story of Lukas, a scientist and dancer who is moved by an inner voice (soprano singer Claron McFadden), and gets thrown off course from his studies. He wanders about the Collider, floats through space, and explores different dimensions under her guidance.

Eventually, Lukas uses the Collider as a transporter to travel to a white desert-like place that is probably a different plane of existence (we are pretty sure the Collider does not actually do this in real life, but we wish it did). That part is filmed at Bolivia’s largest salt flat, Salar de Uyuni, which looks pretty cool.

Leer fused opera, choreography, and physics in the film to explore questions about humanity’s origin, using an unconventional but interesting mix of science and art to examine where our species has come from and where we’re headed. The film will be screened at the EYE Film Institute in Amsterdam on March 14, and will be part of the Cinedans Film Festival later the same week.

Cool? Weird? Artsy? What do you think?

(via Gizmodo and The Creator’s Project)