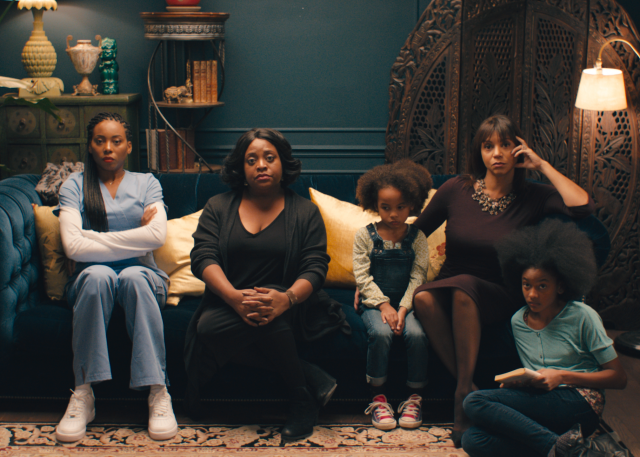 One of the best things about attending film festivals has to be when you sense something you’re seeing something at this moment will go onto be a film others will be excited about when it finally hits theaters. And it’s even better when the talent behind that material are new and original discoveries whose names you know will be worth keeping your eyes and ears on as they rise. Despite several feature film debuts, writer-director Stella Meghie’s coming-of-age comedy Jean of the Joneses feels like just that kind of film. It may not make the box office splash some other festival finds do (it has yet to find distribution), but the movie seems destined to find an audience and lead to big things for Meghie and star Taylour Paige, giving a performance what should be her breakout role.

Paige, one of the stars of the TV series Hit the Floor, plays the title character of Jean Jones, a 20-something writer already receiving recognition as an original voice within literally circles, but who simply can’t get down to work when it comes to finishing her new book (or even get started). The procrastinator is distracted by her recent break-up, which is the cause of her new status as a perpetual couch surfer. She stays with her tightly knit, perhaps too tight, family of strong-minded single women. There is her mother Maureen (Sherri Shepherd), her aunts Janet and Anne (Gloria Reuben and Erica Ash), and grandmother Daphne (Michelle Hurst). While trying to find her footing as an adult, Jean finds out some family secrets about her family.

When speaking with Meghie and Paige, they mentioned some of the influences which immediately seemed obvious when pointed out. The first being the collaborations between Noah Baumbach and Greta Gerwig with their film Frances Ha, especially the witty dialogue and arrested development of Jean who like Francis only takes baby-steps towards maturity (Meghie mentions that she adores Baumbach’s dialogue for women). And while written before its release, the comedic rhythms of Baumbach’s Mistress America seem to make Jean of the Joneses an ideal companion piece to the 2015 film. Paige was also advised to watch Tamara Jenkin’s Slums of Beverly Hills and thinks she might have even borrowed some of her speech patterns and cadence from Natasha Lyonne. And the cast was also advised to watch Pedro Almodovar’s Volver to get a feeling for the close connections which exist among female relations. 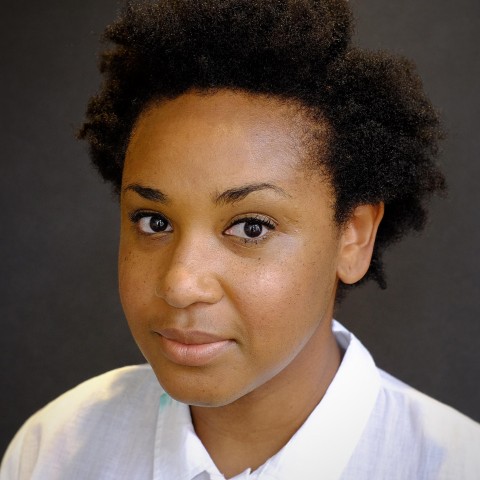 For anyone who has grown up with sisters or aunts, Jean of the Joneses has that perfect blend of personal detail from the writer and universal elements. Like Meghie, the family is Jamaican and she even asked Michelle Hurst (so memorable in Orange in the New Black) to shadow her own family to pick up the dialect. Although her mother is one of 5 sisters (rather than 3) she borrowed more than a little from her aunts…but got approval from them when she cast accomplished actresses as Shepherd, Reuben, and Ash. But despite having a different background, I had my own connection to the family when Meghie mentioned that each sister has a completely different relationship with the other, often dependent on their age differences, recalling “my mother calls one of her sisters every single day, but there are others she won’t speak to for days or weeks.” Paige didn’t grow up with as large an extended family, but sees the appeal, describing the family as Jean’s security, despite never holding back their criticism. Paige notes that when Jean moves out of her apartment, “she immediately plans to stay with her family and go from one aunt to the other. She never even considers staying with her friends because she sees her family as being there for that kind of thing. She almost sees it as her right to stay with them.”

The talented Paige has been an actress of note for some time, but Jean Jones was an especially important role for the actress to land at this point in her career. Not only is the role a leading part for a young woman of color, but seems tailor-made to be a breakthrough for an actress on the rise–like Gerwig in Frances Ha, Tessa Thompson in Dear White People, Brie Larson in Short Term 12, Carey Mulligan in An Education. Meghie’s script was strong enough to have received the attention of bigger names, but she felt the film needed to star a younger actress and was helped by having a lesser-known actress front and center…although getting financing for a movie without a big name star adds difficulty. 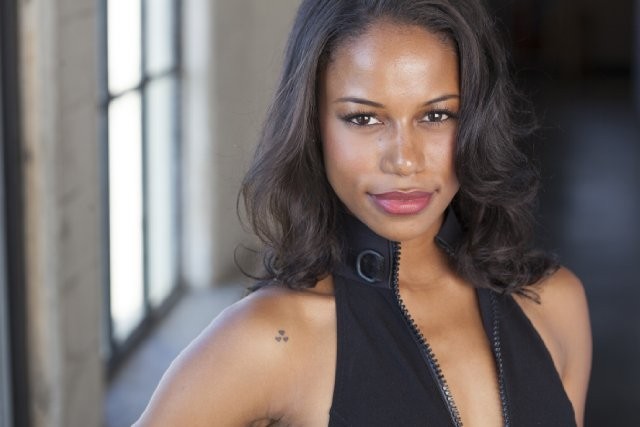 But Paige wanted the role so badly (“I’ve probably never wanted a role that much in my life”) for the same reason so many actresses express frustration with the film industry’s treatment of women. “When people talk about why they like actresses like Jennifer Lawrence, it’s because she seems real and complicated on screen. And I think the media kind of focuses on that a little too much, because they make that seems exception rather than typical. I could identify with Jean. Her insecurities, her immaturity, her sense of humor, all felt completely natural.” Meghie felt the casting of Paige was such a perfect fit not only because she’s an accomplished actress, but a sense of movement (Paige is also a trained dancer), which fit the role perfectly, saying, “Taylour came in with a walk and kind of back step when she finished speaking which immediately made me think she was our Jean.”

Ironic, considering Paige nearly missed out on the opportunity. Usually one to forego breakfast, she was so excited to audition she wanted to come in prepared and do the responsible thing…and ate a breakfast which included dried raspberries. Unfortunately the berries made her so sick and she showed up to the audition having to apologize for not looking her best and feeling under the weather. Meghie assumed she had arrived unprepared or even hung-over, but thought such an approach fit the character of Jean (maybe she was method acting) and called her back. Taylour jokes that she’s stayed away from dried raspberries ever since.