SXSW Review: See You Then Is a Slow Burn Look Down Memory Lane 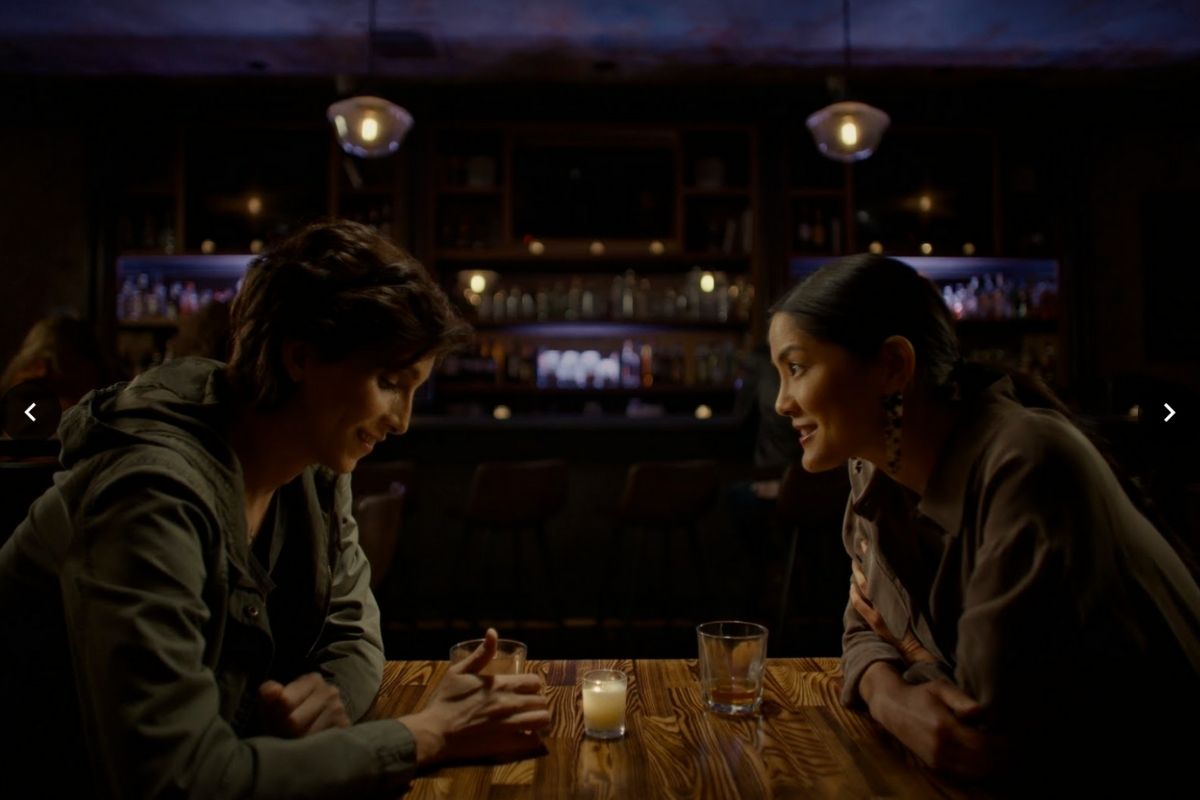 See You Then tells the story of two people reuniting for one night a decade after breaking up. But it was no regular breakup. It was a divide created because one half wasn’t living their true self, and that tore their love apart. The person who reached their breaking point is Kris, played by Pooya Mohseni. The jilted half of this story is Naomi, played by actor Lynn Chen. And the story they tell together is nothing short of magical, fun, heartbreaking, and so much more.

And before we dive into the movie itself, it’s important to note that Kris, a trans character played by a trans actress, comes from a personal place. Her experiences are “written with love and authenticity,” according to Mohseni, during an SXSW virtual conversation with Deadline, Chen, and writer/director Mari Walker, who is also trans. And that was very important to Mohseni as “a trans person of color, that it wasn’t written from a point of view for these characters to be trivialized, or fetishized, or tokenized.” This opens doors to authentic portrayals of a community vastly misunderstood because, as she says, “trans characters are just people.”

For Walker, making this movie felt like fulfilling a dream that she’s had for years that was something other than a coming-out story; which are important but so often the main focus of LGBTQ+ stories. “We’ve only been doing cinema for the past 100 years and there’s still so much more to say. And I really hope that people continue to support film, young filmmakers, and diverse voices because those are just so necessary, especially now,” she said.

Kris and her journey is that voice and experience. Grounded in guilt and anxiety, Kris tells a compelling story in See You Then of what it is to live your true self while facing the people you’ve hurt in the past. And the truth is that she is a transgender woman who was dating Naomi back in college—not just casually, either. They were together for a couple of years when Kris couldn’t take it anymore and decided that transitioning was the next logical step in her life. The sudden breakup, with no explanation, didn’t help both parties.

Naomi, who hides everything behind a steel wall shaped by abandonment, thought she was in love and that everything was perfect when Kris suddenly vanished from her life. The severity of such an action threw her into a tailspin that is understandable yet complicated.

Their reunion in See You Then is grounded in ignoring the scars of the past to discuss Kris, her transition, and what they’ve both been up to the past 10 years or so. The casual nature with which they discuss Kris’s transition is intimate, easygoing, and like nothing I’ve seen before. Kris seems to have no secrets and is willing to share all parts of herself, even if at times it feels like a means of keeping Naomi engaged and by her side for as long as she can, despite the family obligations that tug at Naomi.

There’s simmering pain in Naomi that can’t be erased or ignored anymore. And yes, bits and pieces of it seeped out through their conversation during that one night. But the grand explosion that is the finale of this movie is what makes See You Then worth watching and worth breaking down because again, this isn’t a coming-out story. This is a story about guilt, love, and the pain we carry within long after.

Too often we don’t mean to hurt those we love. But it happens. And instead of ignoring it as Kris and Naomi did for most of their night, you have to talk about it unless you want to wait a decade and then explode like Kris and Naomi did. And the saddest part, the one that still gets to me days after watching See You Then, is that their night together didn’t fix things. Well, not completely.

Yes, Kris got everything that has worried her for years off her chest. And yes, Naomi revealed secrets that were a direct result of Kris leaving her. But it didn’t fix the past or their relationship. It gave them perspective, there’s no doubt about that. And the more that I think about it the more I wonder if maybe that’s the whole point of See You Then—that you can try to fix things, you can try to move forward, but some things can’t be fixed.

Mistakes of the past can be forgiven and understood. But they can’t be magically healed or forgotten. And you have a choice, just like Kris and Naomi had, to pick what you’re going to do with the life, options, and explanations given. Are you going to crumble under the weight of the world or are you going to live your truth? And even if it’s a little bit of the former, it can certainly one day be the latter.

See You Then is proof of that.