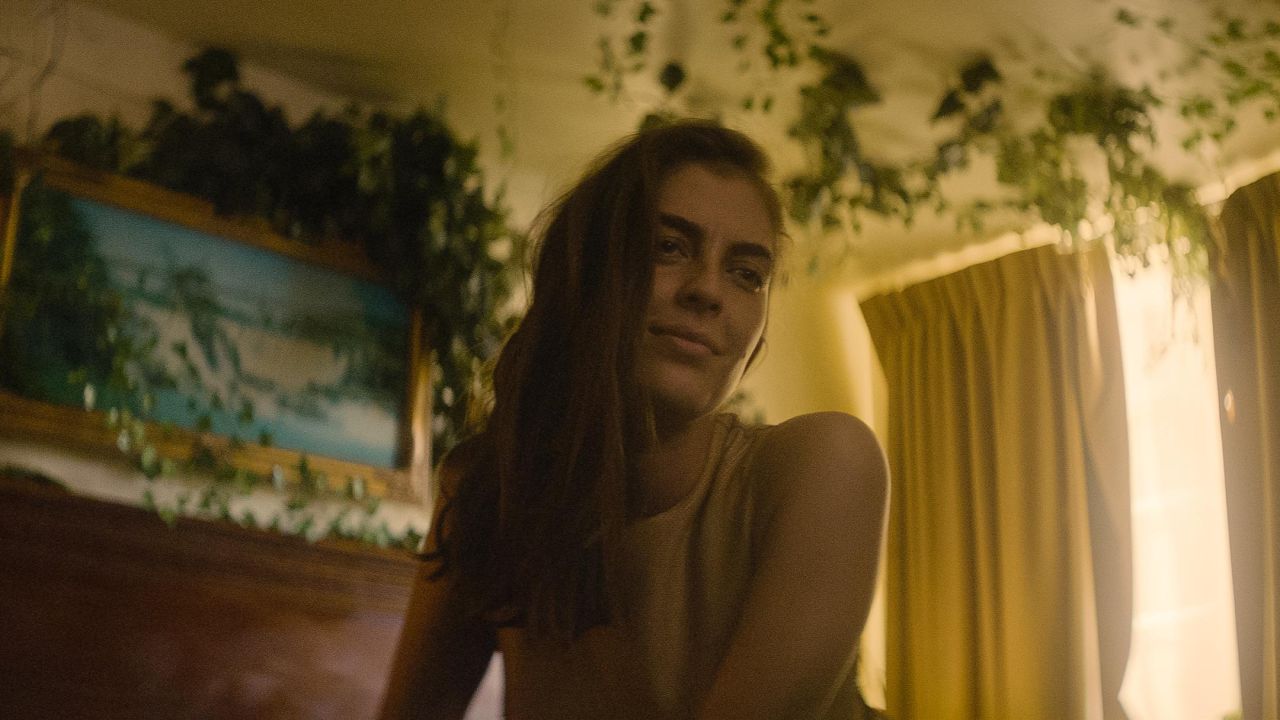 Ayar, which premiered at SXSW, is a chaotic fever dream about a Latinx mother who abandoned her child, her family, and her culture for her dreams. It was directed by Floyd Russ and stars Ariana Ron Pedrique and Vilma Vega, and it was written by all three in a collaborative effort that gave birth to a wild examination of what healing and self-acceptance look like.

Ayar, the main character, played by Pedrique, has been fighting for a future that has escaped her at every turn. She wants to become an actress but all she can find are backup roles because apparently, she doesn’t have the “it” factor to make it in Hollywood. The pandemic hitting just adds another layer of desperation to Ayar and her dreams.

But becoming an actress isn’t the only thing on Ayar’s mind. She’s a mother who abandoned her child with her own mother almost 5 years ago, and in a desperate attempt to find some sort of meaning in her life, she leaves her new home, her lover, and her career for an opportunity to see her kid. As expected, it doesn’t go well.

Ayar’s mother Renata, played by Vilma Vega, has raised Ayar’s daughter Jasmine. And when Ayar comes to surprise Renata and Jasmine, she gets met with pushback because A) it’s a pandemic and we have to be safe and B) Jasmine doesn’t know Ayar and Renata is doing what’s best for the child. What we see is a back and forth where both women want the best for Jasmine.

The lengths Ayar and Renata go to for what’s best for Jasmine is a little much at times, but it’s all about the love they hold for a child that is precious to them—Renata because she has raised Jasmine as her own, and Ayar because she’s trying to find a connection in her life that makes sense and gives her the self-worth that she’s looking for.

The sad thing is that Ayar couldn’t and shouldn’t look for that in her daughter. She needs to find that for herself, and that’s when things get trippy and fever dream-like. Ayar’s world is … suspect, to say the least. The more that she tries to discover about herself in the midst of the pandemic, the more nature (leaves, grass, trees) takes over her room, the world around her, and that of her family.

The closest that I can come to understanding this weird part of the movie is that maybe it’s nature healing. The more that Ayar dives deeper into herself and what it means to be a mom, a caretaker, or an independent woman, the more nature surrounds her. And by the end of the movie, where she realizes who she is and how she’s not going to give up, the more nature takes over her world.

In the end, nature is everywhere in Ayar the movie. Instead of frightening Ayar the character, it comforts her as if this was what she was looking for all along. And her mind, despite the heartache it’s felt in its journey to see Jasmine, is at peace for the first time in her life. She knows who she is, at least at this moment, and sometimes that’s good enough for some. It certainly is for Ayar.