SXSW Movie Review: Pahokee Will Have You Rooting for Its Hard-Working High Schoolers 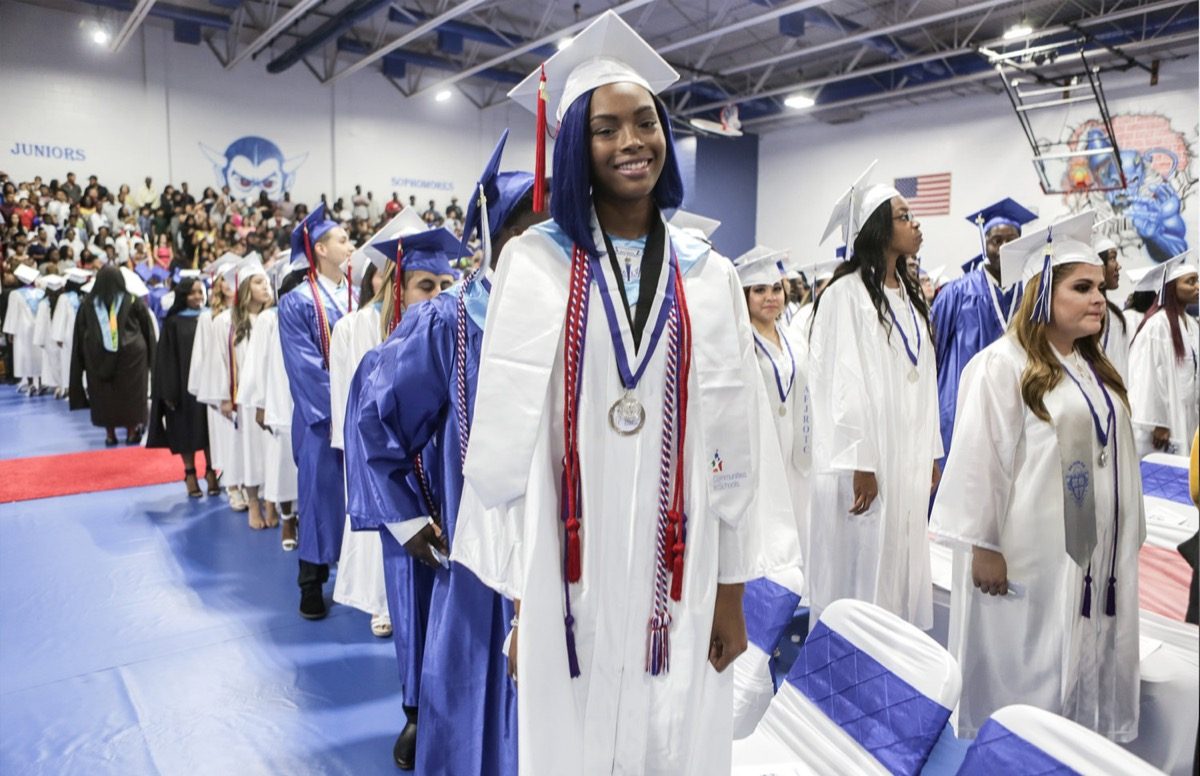 First debuting at Sundance and then SXSW, Patrick Bresnan and Ivete Lucas’s documentary darling Pahokee is making its rounds, a look at the rural farming town of the same name in the Palm Beach County Florida.

I do mean rural, because the population is 6,236 as of 2017. Yes, Pahokee has a largely African American and Mexican community, where dealing with poverty is a daily struggle. However, this isn’t a documentary that focuses just on the town woes—instead, its narrative centers around Pahokee high school and the impact of the extracurricular activities and education on four high school students.

What makes this experience so rare is that the audience learns about this small-town community that many have never heard of before. What’s important is that you will leave the theater rooting for these students who desire to graduate and excel at life.

Na’Kerria is a hard worker in and out of school, organizing a campaign to become Ms. Pahokee High. Her determination is palpable as she vigorously creates posters and flyers to drive home a win. Between the campaign and homework, she works at a local restaurant for extra cash. Enthusiastic about the future, she desires to become a nurse and is taking the necessary steps to make that happen after high school.

Like Nak’kerria, Jocabed also works at her parents’ Taco shop to earn money. She divides time between school, work, and hanging with a potential love interest, yearning for of a life outside of Pahokee and hoping college will change that.

BJ is the co-captain on the school football team and longs to play for the college team of his choice. When you’re an impoverished athlete, sports scholarships are often sought as a way to pay for schooling. However, BJ’s Father encourages him to also find an alternative route in case football doesn’t work in his favor.

Junior Walker is on a different path. He balances school work and drum classes with fatherhood, as we see his dedication to his young daughter. His arc is the least defined, but he is passionate about drumming and being a father.

When people in poverty don’t have many options, they go to college, join the Military, or turn to crime. Pahokee high school is one of the few places where people can escape the harsh reality of everyday living through community-building activities. Pep rallies, homecoming, football, and more are designed to keep students’ eyes on the prize, and families engaged.

That doesn’t come without its pitfalls, though. When the town egg roll is disrupted by gun violence, you learn that even school or church events are not exempt, and one must always be on guard. In cities across America, this is all-too-familiar territory, where lower-income families are limited in what they have access to, but education is seen as one of the few ways to leave all of that behind. This puts a ton of pressure on the students to juggle many things of an adult nature—which means less time spent enjoying their teenage years.

If viewers take away nothing else from watching Pahokee, they’ll see that BJ, Jacobed, Na’Kierra, and Junior are proud to be from this rural, sugar cane farming town. Bresnan and Lucas capture that school spirit and sense of honor that’s at the heart of the film.

This isn’t the perfect documentary, as the impact of certain incidents like the success of the football team, or the gun violence, isn’t examined, but not everything involving young people of color has to center around violence. None of this should keep the audience from rooting for this remarkable group of young people who want to contribute to their community and the world.