First Woman to Enter the Boston Marathon Ran Again Today, 50 Years After Being Attacked on the Course 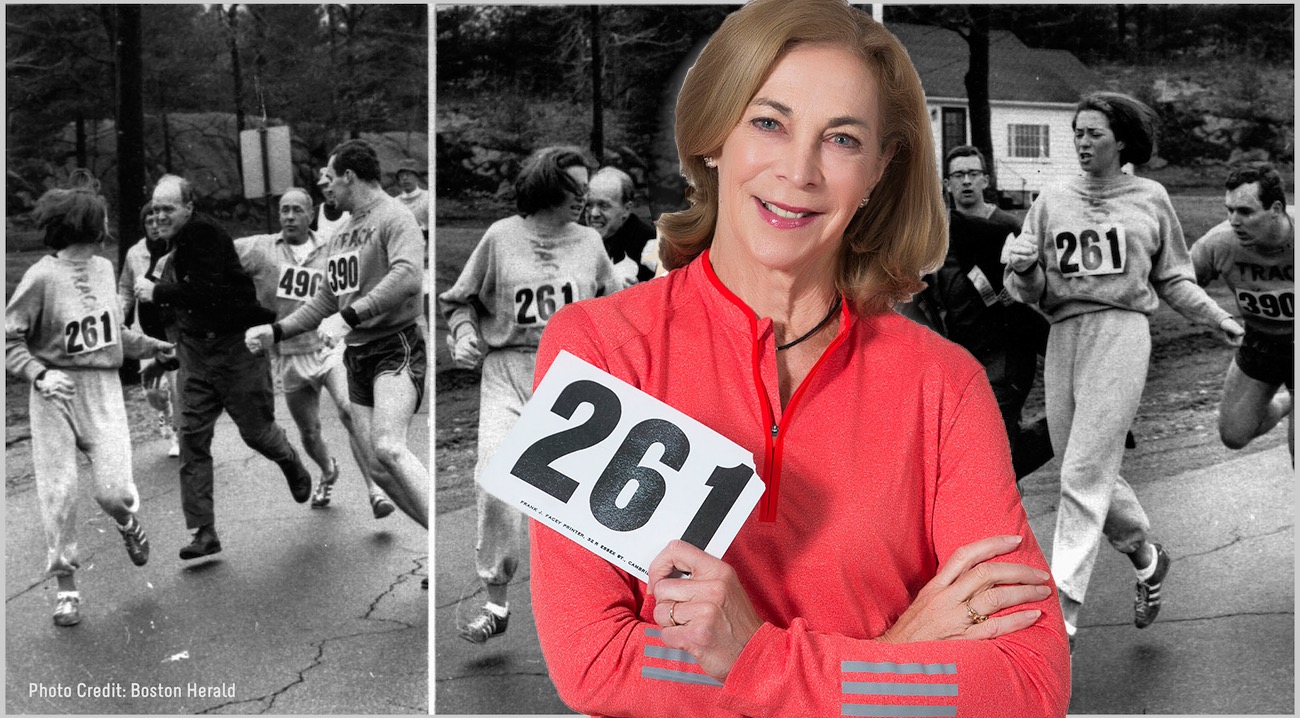 50 years ago, Kathrine Switzer became the first woman to officially enter the Boston Marathon. The year before, in 1966, a woman named Roberta Bingay Gibb had run without a numbered bib, as women were unofficially barred from participating. Switzer, though, used her initials (described by some at the time as “chicanery”) to officially sign up. Despite there being no written rule keeping women out, Switzer told radio station WBUR that it was understood women weren’t welcome.

It was widely believed, you know, that if a woman did anything arduous in sports she was going to get big legs and grow hair on her chest and her uterus was going to fall out. We grew up with these myths and many, many women were afraid of sports and running in particular, distance running, and it was deemed somewhat socially unacceptable.

A lot of men–no surprise here–didn’t react too well to her perceived interloping. There’s a famous picture of Jock Semple, one of the marathon’s officials, trying to tear 20-year-old Switzer’s bib from her sweatshirt after chasing her down.

50 Years Ago This Week: Kathrine Switzer runs Boston Marathon, men try to stop her, they fail, she finishes race (📷 by Bettman) pic.twitter.com/8nCUi3jA2f

As Switzer tells it in her memoir, Semple grabbed her from behind while she was running. (That man bodychecking Semple, by the way, was Kathy’s boyfriend.)

Instinctively I jerked my head around quickly and looked square into the most vicious face I’d ever seen. A big man, a huge man, with bared teeth was set to pounce, and before I could react he grabbed my shoulder and flung me back, screaming, ‘Get the hell out of my race and give me those numbers!

Today, 50 years later, Switzer streamed a video to Facebook from approximately right where those pictures were taken, as she once again ran the Boston Marathon.

This isn’t her first time back to the Boston Marathon. She also ran in 1972, the first year women were officially allowed to participate, five years after she first ran. What were those men so afraid of that they had to run onto the course in their suits and hats? Did they think their race would be ruined? Well, if the mere presence of women constitutes ruining something, then yeah, consider it ruined. There are now more women competing in marathons nationwide than there are men.

Now, fifty years after the race’s directors were so threatened by her presence, Switzer’s bib–#261–is being retired in honor of her contribution to the history of women athletes.

In Switzer’s words: Have fun. Be fearless.