How Switched at Birth Is Mishandling Its Depression Storyline 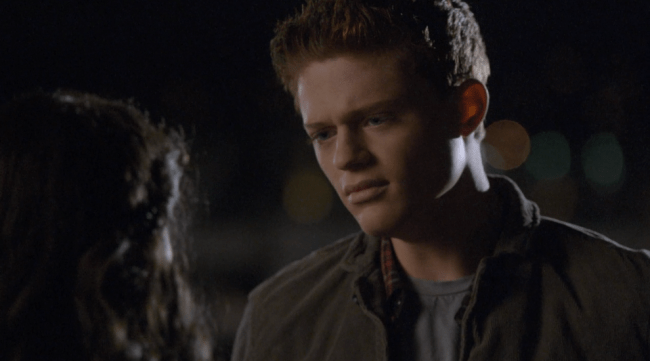 In the premiere of Switched at Birth’s delayed final season, fans were told that Emmett, a character who’s been a major part of the show since its first episode, was suffering from depression. This was such a major issue for him that he, accidentally or not, almost died off-screen.

The way this was introduced was odd in itself, as due to scheduling issues at Freeform, we had learned of a crisis back home in the previous season finale almost a year earlier, so whatever was on the other end of the phone when Bay and Daphne were in China festered for much longer than was intended. When they rushed home, Travis in tow, we suddenly learned of Emmett’s struggles.

Because of this (and because the storyline was introduced before the racism one), there was no reason to think this wouldn’t get the same treatment.

Emmett is a tricky character to love at the best of times, his defining characteristics including arrogance and a general hostility towards others he doesn’t understand. Of course, good characters don’t always have to be likable, and Switched at Birth deserves credit for remaining consistent with those flaws not just in Emmett but almost everyone on the show.

The previous season wasn’t very Emmett-heavy, with a Travis/Bay romance given focus following a particularly brutal breakup between the former couple. Emmett was off at college finding his own way and, had this final season never happened, there’s a reality in which the show ended with he and Bay going their separate ways after an on-off relationship.

But now we’re supposed to be dealing with a mental health storyline, and it’s seemingly been forgotten as quickly as it was introduced. While a truncated season during which things have to quickly be resolved isn’t the ideal place to tackle something as complex as depression, the fact that Emmett was suffering made a lot of sense given how little we’d seen of him. As the show had appeared to lose touch with him, so too had his friends.

We learn later that he’d been lying about still being with his ex-girlfriend, and had been taking medication for sleep and anxiety without telling anyone.

One of two scenes devoted to it even made the effort to spell out that depression can strike at any time for no reason at all. TV breakdowns are almost always the result of an inciting incident, so I appreciated that Melody made that distinction to her son (and to the many young people in the audience). Emmett’s uncle had killed himself in his youth, she told him, and so he’s always been at a greater risk.

But the past few episodes have stepped back from everything laid out there, as we don’t see Emmett again until later. He is mentioned in an episode, but only as a cliffhanger in the form of a text of Bay’s phone that causes her to lie to Travis. In one episode, he seems pretty happy and carefree, taking a photography class and getting a new tattoo. A throwaway line tells us he’s “feeling much better.”

Instead of devoting time to looking at Emmett’s journey to wellness, or reintroducing the largely-forgotten friendship with Daphne, the show has simply gone for the most obvious option of creating a rift between Emmett and Travis over the girl they both love. Taken on its own, the season premiere feels like a PSA for the sake of it, with no intent to deal with the real-life messy aftermath of someone realising they need help.

The entire trajectory of the storyline instead comes across as a cheap way to both get Bay and Daphne back to the US, and to make Bay fall back into Emmett’s orbit out of sympathy. That clumsiness isn’t what I expect from the show, and I’m just waiting for the other shoe to drop. If this is the sole reason it was introduced, then it’s incredibly careless.

Television needs to be better at representing depression, suicide and other mental health problems – we’re probably all agreed on that – but to introduce it simply to push a love triangle at the last minute is insulting to viewers who are hungry to see their experiences reflected on-screen.

Switched at Birth – an overlooked gem that’s always gone out of its way to tackle issues ordinarily ignored by other media – can and should do better.