Where Do Supernatural Shows Fit in Our Conversations About Copaganda? 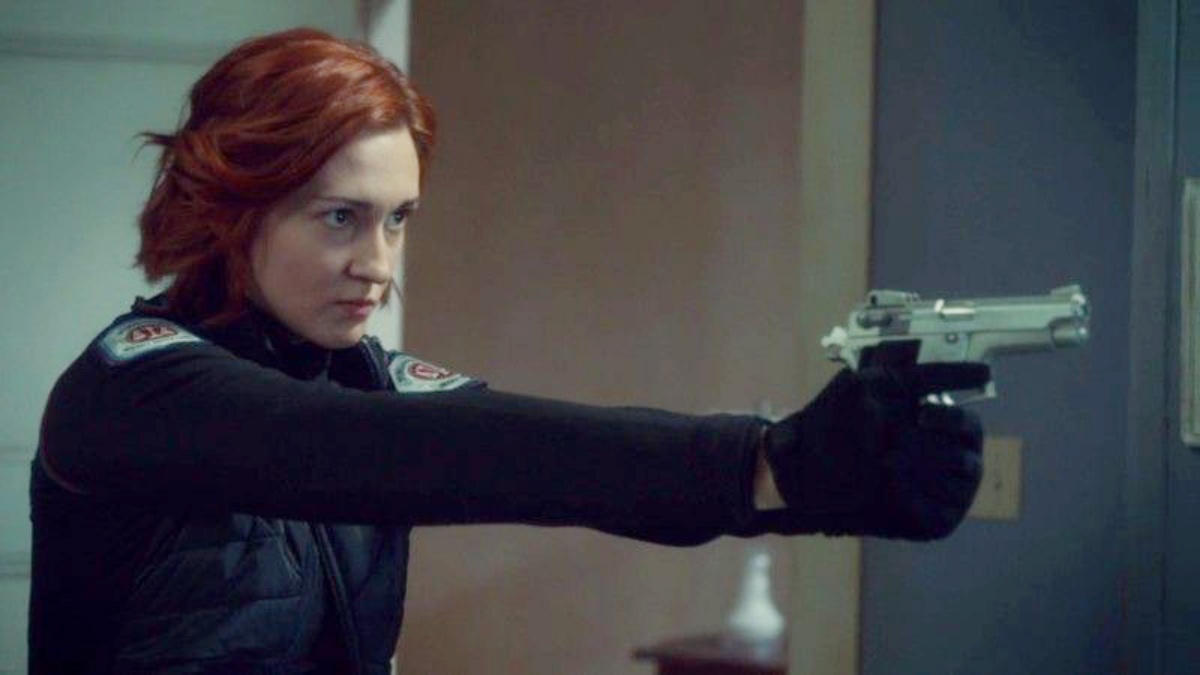 Copaganda has been in my brain a lot more lately, and while I was catching up on the SyFy show Wynonna Earp, a disturbing thought flew into my brain. Where do supernatural crime dramas fit into copaganda?

Lost Girl, Wynonna Earp, Orphan Black, Lucifer, and many other shows end up having protagonists or leading characters with strong ties to the police force for reasons that are often just there to allow the characters mobility through the authority of the badge.

As a small recap: copaganda is the term for depictions of police officers that make sure to portray them as “kind, heroic, fun-loving community members whose niceness can outweigh the actions of a few ‘bad apples.'”

On Wynonna Earp, one-half of the infamously popular wlw couple Wayhaught is Nicole Haught, who is a police officer and then eventually becomes sheriff of the town, Purgatory, that they protect from supernatural forces. In one of the most recent episodes, the B plot revolves around the team trying to get Nicole back onto the force, and I couldn’t help but wonder … why?

The police force is not the only force for good, and there is no reason in this lawless Western-style supernatural drama that we need a woman with a badge to protect people when it is possible to do without—not to mention why does Nicole’s identity need to be wrapped up in being a cop when really, she’s a protector?

A lot of these shows have Canadian production, but it is important to remember that Canada is not a perfect society without its own police brutality issues.

According to the Yellowhead Institute:

Both Indigenous and Black people are overwhelmingly overrepresented in police-involved deaths in Canada. Between 2007 and 2017, Indigenous peoples represented one third of people shot to death by RCMP police officers (Mercer, Fiddler, & Walsh, 2020). The Ontario Human Rights Commission found that a Black person was more than 20 times more likely to be shot and killed by the police compared to a white person (Ontario Human Rights Commission, 2018).

Issues of structural racism against Black and Indigenous populations are very much a part of the conversation that we are not having about how police brutality intersects with these shows—especially when, in many ways, these characters use their power to intimidate, to throw their weight around, and wield their gun like it is their personality.

Then there is the next layer of many of these shows having LGBTQ leads and having huge fandoms in the gay communities. “No cops at Pride” was a rallying call back in 2020. Discrimination and harassment by law enforcement based on sexual orientation and gender identity remain an ongoing and pervasive problem in LGBT communities, especially among trans youth of color and other BIPOC queer people.

Just last year in Canada, Bryan Larkin, Chief of the Waterloo Regional Police Service (WRPS), apologized for the historical mistreatment of LGBTQ communities in Canada. He added that even still today, LGBTQ people continue to face harassment and physical attacks, and some won’t seek emergency medical care due to their fear of discrimination.

None of this is to slam these shows, but it is worth thinking about:

(a) Why we de facto go to these positions to allow characters to have access?

(b) What does it mean that we are so comfortable with giving characters the ability to wield legal brutality?

(c) What does it say to make pro-LGBTQ content, but not address the way cops have been used to marginalize LGTBQ and BIPOC communities?

(d) Why do we need supernatural shows to have the police as heroes anyway?