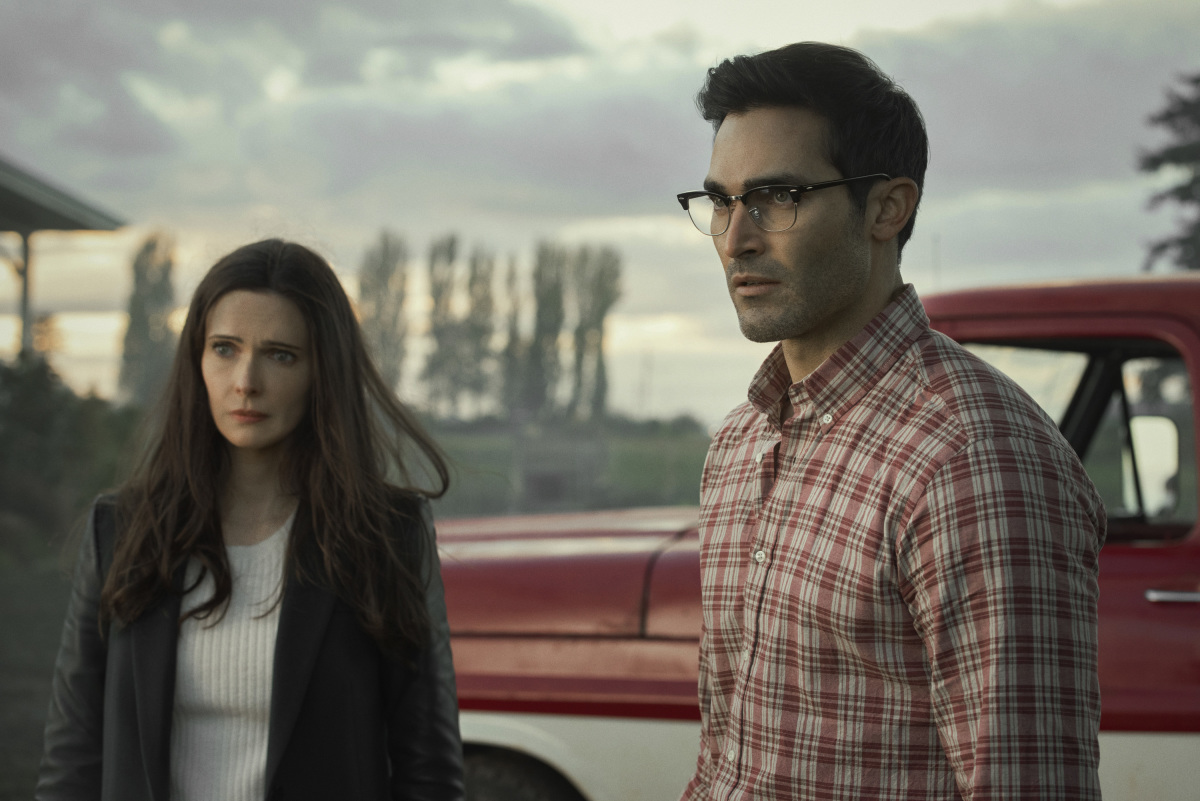 We’re just under two weeks out from the premiere of Superman and Lois, which will take the CW’s Arrowverse somewhere it’s never been before: struggling small-town America and intimate family drama. If it’s not clear from the sepia-toned trailer or the very concept of Clark Kent and Lois Lane moving back to Smallville to raise their teen boys, this is not a Superman or Lois we’ve seen before. And that’s something the cast and creator are excited for audiences to see.

The full cast spoke at a virtual panel on Monday to preview the new series along with showrunner Todd Helbing, and the word that kept coming up in reference to the show was, perhaps ironically given that one of the two title characters can fly, “grounded.” And the ways this series is more unvarnished and human were inspired by some shows you might not immediately associate with Superman.

“From the first conversations Greg Berlanti and I had, it was really, you know, how do we make this, how do we make Superman in general, different?” said series showrunner Todd Helbing. “We talked a lot about shows like Everwood and Friday Night Lights and really a family show, a family drama that had Superman in it.” That means a Superman show that’s just as focused on family and regular struggles as it is on fistfights in space (which are also there).

“Whenever you do any of these shows, you want to make them slightly different,” Helbing explained. “And so we just approached this as much as we could like a feature, you know, from the aspect ratio to the cinematography, to the look, everything, the design of the house, the farm.”

That grounded tone was also what sold Bitsie Tulloch, who plays Lois, on the concept as well. “When Todd and Tyler and I went out to dinner to really discuss the show, he, Tyler and I were really sold when, when Todd was talking about Friday Night Lights, that that was a really important show, the way it was shot at the time was really novel,” Tulloch explained. 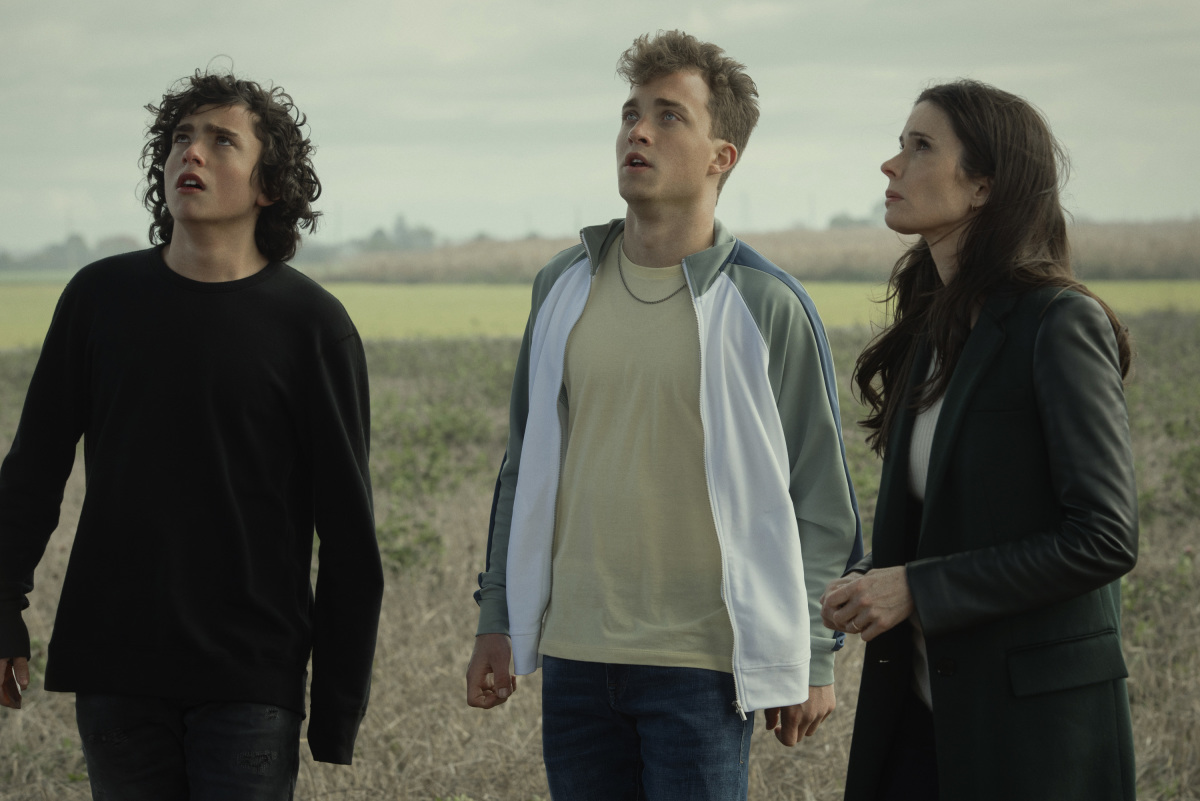 She added: “And I think part of what I’m hoping audiences respond to in our show is that this couple, even though she’s this dynamic journalist, and even though he’s Superman, are incredibly relatable and they’re dealing with a lot of the same issues that normal people deal with, whether it is lost jobs or having hormonal teenagers who are pushing back against us at every turn. It should feel, and I think it does, feel really, really grounded like Superman and Lois Lane could be your next-door neighbors.”

Of course one of those neighbors is the last son of Krypton, but we’ll see more of his non-super side in this series than we’ve seen in the version of Superman before. For Tyler Hoechlin, who we’ve seen many times as Superman on Supergirl but not so much as Clark,  being able to dig into Superman, Kal-El, and Clark and put his own spin on that has been an adventure.

“With Superman, he stands for something, he is so symbolic and there’s things that you come to know that he’s unwavering in. And so you kind of feel a responsibility to carry on those things as well,” Hoechlin explained. “But with Clark, there is more leeway with that. You can kind of find those little subtleties, those things that, you know, are a little bit more human about him. And it’s a little bit more flexible to kind of have some fun with it because in a way he’s putting on a show when he’s Clark.” 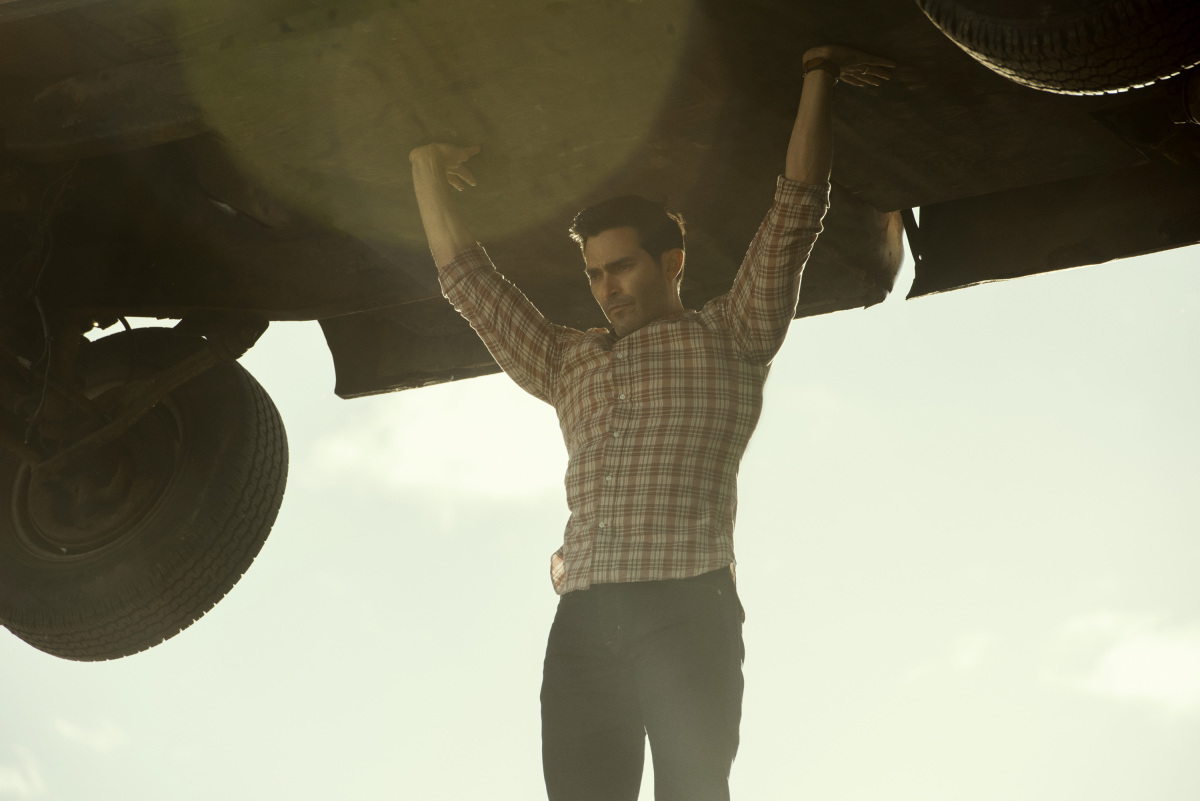 The idea that Clark Kent is somewhat of performance is something we’ve seen many times in Superman movies and shows, but there are all sorts of subtleties to who Superman has to be. Hoechlin added: “I’ve always kind of looked at it and really like, there’s five, at least five different versions of him. I played either, you know, Superman as the symbol and no one knows who he is, or when he’s closer to people and they know who he is. The other ones are like the extreme version of Clark Kent.

“And then there’s a Clark Kent where they know he’s Superman, but right now he’s playing Clark. And then there’s the one in the center that I really don’t have a name for. It’s just genuinely who he is. Just as a person it’s who he is, it doesn’t have a name, but it’s when he’s with his most comfortable, like with his family and they know who he is and he can be, he can be himself.”

But the most interesting role we’ll see both Clark and Lois taking on in this series is as parents to two very different boys, played by Jordan Elsass and Alexander Garfin. As the troubled Jordan, Garfin is looking forward truly digging into a complex character that a lot of teens can relate to, saying, “It was great to have an opportunity to express teenagers in a more mature light than is often found, of them just lashing out and this and that.”

For Elsass, Jonathan had things easier but is still there for his brother and his family in a way that’s real, superpowers or now. “The word of the day so far has been grounded,” Elsass explained. “And I think that’s something that’s really important is that, not only is it just between the brothers, but the entire Kent family relationship is very real and raw and tangible, and it’s very grounded. And it’s what kind of brings the show to life in some ways, and I think brings that element of it to life. It’s nice.”

The result is a show that’s truly distinct from other comic book properties in its tone and focus, and it will be interesting to see how it works for a full season and in conjunction with the rest of the Arrowverse when crossovers can happen again. For now, there’s a lot to look forward to.

Superman and Lois premieres Tuesday, February 23rd on the CW.