The Superman and Lois Trailer Is Here 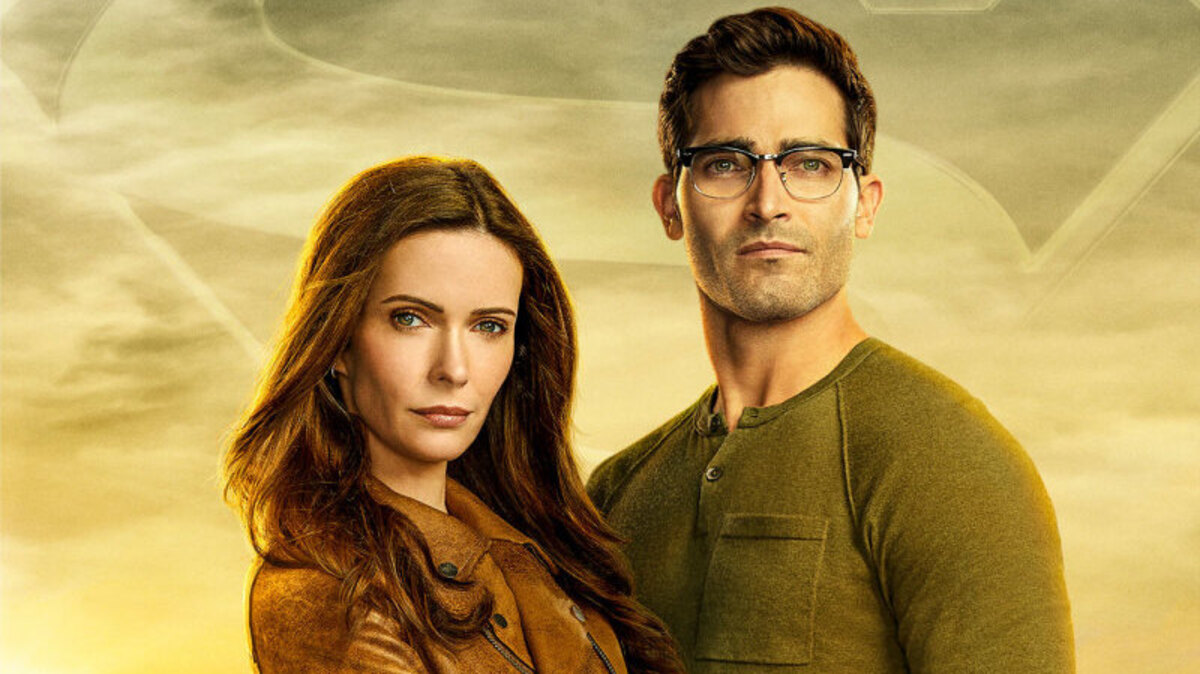 After many years on the sideline of his cousin Kara’s story on Supergirl, Superman is making the leap over a tall building to his own CW show, and he’s bringing his wife with him. Tyler Hoechlin and Elizabeth Tulloch will lead Superman and Lois in a supersized, 90-minute debut on February 23, and the first trailer for the new series is finally here.

Right from the jump, this looks very different from other Superman shows and movies we’ve seen before, and I think that’s really interesting. We’re accustomed to the origin story, or Superman fighting his biggest foes, while Lois blissfully flirts with him and ignores Clark Kent. But this version seems much more concerned with what happens after that, when he and Lois are trying to raise two teen boys. In this case, it looks like they’ve been laid off from the Daily Planet and headed back to Smallville to take care of things.

But wait, you might say, when did Clark and Lois have kids? Well, that’s part of the mystery. Before the entire multi-verse was re-written on the Crisis on Infinite Earths mega-crossover, Clark and Lois welcomed the birth of their son Jonathan, but when the world came back with Clark, Kara, Lois, and even Lex Luthor now sharing the same reality as the Flash and fam, Clark and Lois suddenly had two kids. And now it seems they’re teens who didn’t know until now that their dad was Superman. Talk about failing to communicate with your parents …

Here’s the CW’s full description of the series that answers a few “who was that?” question from watching the trailer but raises even more.

After years of facing megalomaniacal supervillains, monsters wreaking havoc on Metropolis, and alien invaders intent on wiping out the human race, the world’s most famous superhero, The Man of Steel aka Clark Kent (Tyler Hoechlin, “Teen Wolf”) and comic books’ most famous journalist, Lois Lane (Elizabeth Tulloch, “Grimm”), come face to face with one of their greatest challenges ever – dealing with all the stress, pressures, and complexities that come with being working parents in today’s society. Complicating the already daunting job of raising two boys, Clark and Lois must also concern themselves with whether or not their sons Jonathan (Jordan Elsass, “Little Fires Everywhere”) and  Jordan (Alexander Garfin, “The Peanuts Movie”) could inherit their father’s Kryptonian superpowers as they grow older.

Returning to Smallville to handle some Kent family business, Clark and Lois are reacquainted with Lana Lang (Emmanuelle Chriqui, “Entourage”), a local loan officer who also happens to be Clark’s first love, and her Fire Chief husband Kyle Cushing (Erik Valdez, “Graceland”). The adults aren’t the only ones rediscovering old friendships in Smallville as the Kent sons are reacquainted with Lana and Kyle’s rebellious daughter, Sarah (Inde Navarrette, “Wander Darkly”). Of course, there’s never a dull moment in the life of a superhero, especially with Lois’ father, General Samuel Lane (Dylan Walsh, “Nip/Tuck”) looking for Superman to vanquish a villain or save the day at a moment’s notice. Meanwhile, Superman and Lois’ return to idyllic Smallville is set to be upended when a mysterious stranger (Wolé Parks, “All American”) enters their lives.

There’s a lot here and in the trailer that’s really interesting and exciting. It will be very different to see Clark and Lois as parents in such an alternate setting, and that itself may set this apart from the rest of the CW superhero pack. I’m sure we’ll get monsters of the week, but it also could give us some interesting human (or Kryptonian) drama.

I am concerned about the character played by Wolé Parks. The Arrowverse has an uneven history when it comes to Black characters. And one of Superman and Lois’s writers, Nadria Tucker, a Black Woman, criticized the show for not extending her contract. Tucker said it was due to her raising concerns about how the show was portraying women and Black characters. Showrunner Todd Helbing didn’t do terribly well with marginalized characters during his tenure running The Flash, but hopefully, the show will learn from this. And we’ll certainly be paying close attention to the treatment of women and BIPOC characters.

of me defending the Bechdel test, of me FIGHTING to ensure the only Black faces on screen aren’t villains, of me pitching stories for female characters (there’s one in the title of the series!) that went ignored.

If I sound bitter, it’s because this one stings. 2/3

(via: ComicBook.com, image: The CW)