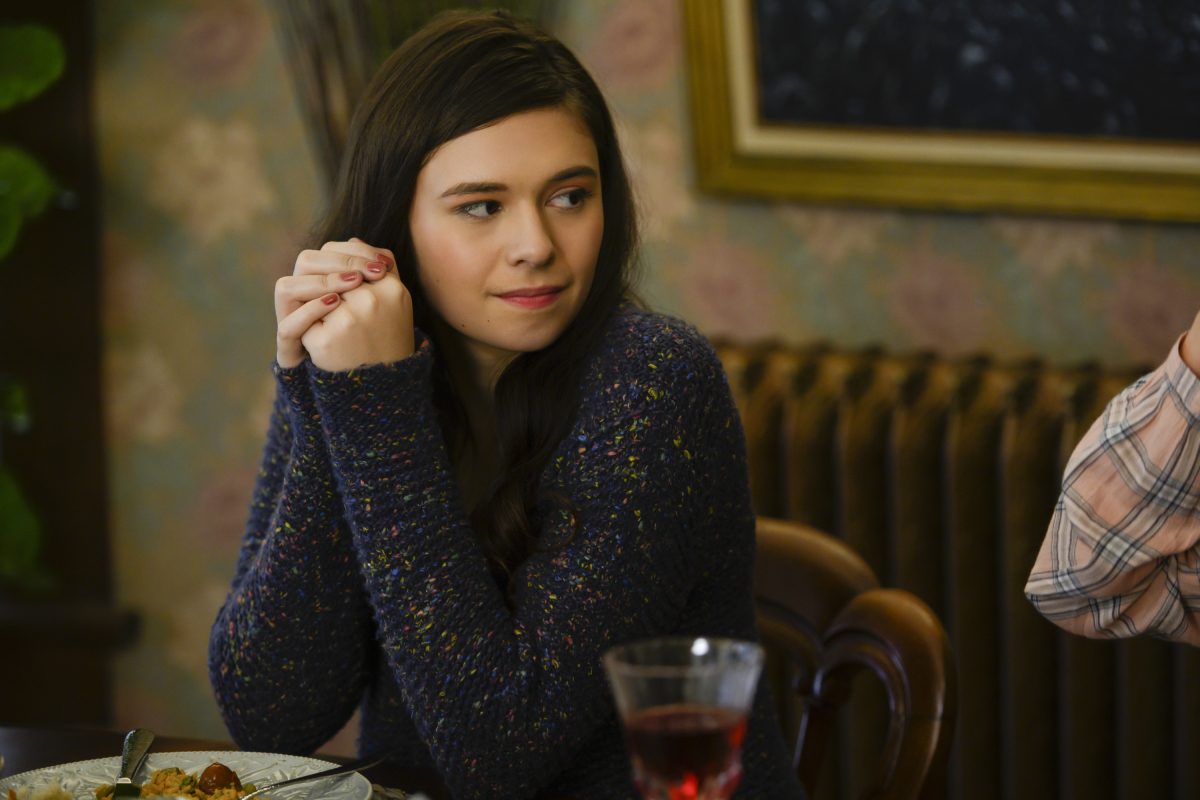 Ever since her historic casting was announced, Supergirl fans have been waiting for Nia Nal (Nicole Maines) to take up the mantle of Dreamer, the first transgender superhero on television. The fourth season of the series has taken its time with Nal’s storyline, slowly developing her character before delving full-on into the Dreamer origin story.

Episode eleven, “Blood Memory,” hits the ground running with a powerful and poignant expansion of Nal’s world and character. It also explores the myriad meanings of “coming out,” which starts with Nia telling Kara she’s trans on a road trip to her hometown of Parthas for the annual Harvest Festival. Parthas is a picturesque small town and liberal bastion, where humans and aliens have lived in harmony for years (is it Vermont? Yeah, it’s probably Vermont). Nia has always been accepted in Parthas, both for her half-alien and her trans identity.

Before they arrive, Nia asks Kara not to mention her prophetic dreams, as she has been keeping it a secret from her family. Kara meets Nia’s warm new age-y family: her human father, her Naltor mom Isabel, and her older sister Maeve (Hannah James). Kara quickly realizes why Nia is keeping her dreams a secret: the entire family believes that the dreaming power, which passes from mother to daughter, is destined for Maeve. Isabel had prophetic dream while pregnant with Maeve that she would receive the powers, and Maeve has spent her entire life studying the language of dreams and preparing herself to receive powers. The realization that Nia inherited the powers would be devastating for her.

This is terrain that Supergirl knows all too well: the struggle between sisters, one with powers and one without. The series is at its very best when it focuses on the core relationship of Kara and Alex, so mirroring that bond with Nia and Maeve is a smart narrative move. The dynamic especially resonates with Kara, who has been struggling in her relationship with Alex after J’onn wiped Alex’s memory of the knowledge that Kara is Supergirl.

In the previous episode, Kara’s secret identity was under threat of being exposed by Colonel Haley, who is overseeing the DEO. After Haley brings in an extraterrestrial truth-seeker alien to interrogate the DEO officers, Alex realizes that the only way to keep Kara safe is to have her memory purged. This has devastating ramifications for the Danvers sisters, as Kara loses her closest ally. Alex also doesn’t feel quite right, as so much of her history and identity is tied to the knowledge of Kara’s powers. This manifests in heartbreaking ways, as Alex is unable to remember Kara’s favorite movie (it’s The Wizard of Oz, because alien parallels).

The memory wipe also has the unintended consequences of limiting Alex’s tolerance and empathy for aliens. She treats Supergirl with a coldness and reserve, and her allyship suffers as a result of the erasure of her lived experience with an alien sister. Nia also suffers a loss of allyship and understanding after her mother dies suddenly and her powers are revealed to Maeve.

Maeve is furious that she was skipped over for the powers, and that Nia lied to her. Maeve lashes out angrily, calling Nia “not a real woman” in an attack on her trans identity. Nia is deeply hurt that her always supportive sister would attack both her powered and trans identities, and the episode doesn’t try to resolve the sister’s divide.

On the drive back home, Kara sees Nia’s pain and suffering and decides to come out to Nia, revealing herself as Supergirl. It’s heartfelt and earned moment for the two women, as Nia realizes she is not alone and Kara gets a fellow superpowered confidante. It also sets up the Supergirl/Dreamer dynamic for the rest of the season, with Kara mentoring Nia.